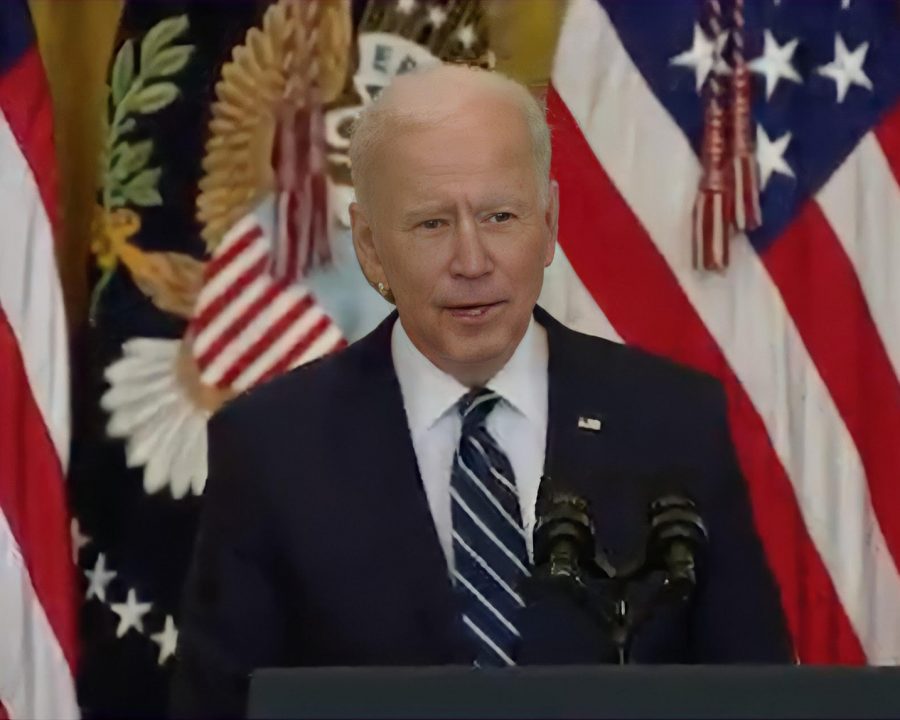 President Joe Biden said in a Thursday press conference that the administration’s goal is to have 200 million doses of COVID-19 vaccine administered by April 30, his 100th day in office.

Starting Monday, March 29, all Ohioans 16 and up will be eligible to get the COVID-19 vaccine. Due to multiple states lifting its age restrictions and already meeting his goal, President Joe Biden has vowed to double the number of Americans he originally promised to vaccinate in his first 100 days in office.

In December, Biden had said his 100-day goal was to have 100-million Americans vaccinated. That goal was met last week, just 58 days into his term. At the first press conference of his term on Thursday afternoon, Biden said he now hopes for 200 million vaccinations by the end of his first 100 days.

The president acknowledged the goal is ambitious, but said vaccinations – 133 million as of Thursday – put it in reach.

“No other country in the world has even come close – not even close – to what we are doing. I believe we can do it,” he said.

Meanwhile, in Ohio, the final phase of the state’s vaccine rollout will allow for anyone 16 and older to sign up for a vaccine Monday, March 29. This week, however, Ohio Gov. Mike DeWine said that providers in many parts of the state have been experiencing under-scheduled appointments, leaving providers with excess doses of the vaccine. He therefore gave the providers discretion to provide the excess doses to anyone 16 and older who asks for it.

This past week marked another milestone of coronavirus cases in Ohio with the total surpassing one million positive cases.

Despite spring weather enabling people to spend more time outdoors, and an increase of vaccines being administered, DeWine urged people to continue with the anti-COVID-19 protocols of wearing masks, social distancing and frequent hand-washing. Failure to follow those rules could lead to a resurgence of the virus, he said. 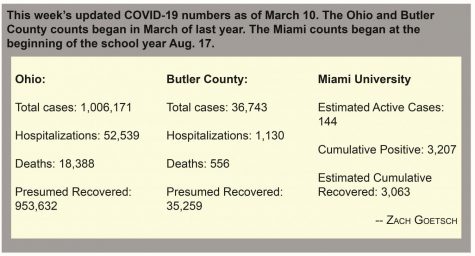 “No doubt every day we are getting closer to victory, but we are not at the finish line yet,” said Vanderhoff.

In Oxford, some officials worried that Thursday’s traditional Green Beer Day celebration, which fell on one of Miami University’s “wellness days,” when classes were canceled, might prompt students to gather in large groups and ignore the protocols.  Miami scheduled five “wellness days,” scattered throughout the semester in lieu of a traditional week-long spring break, in an effort to cut down on the spread of the virus.

The university sent out an email to all students this week, reminding them of the importance of social distancing and mask wearing as well as the usual rules on underage-drinking and public intoxication.

“Green Beer Day activities are neither safe nor smart in any year, but the pandemic adds another layer of risk this year,” President Gregory Crawford and Provost Jason Osborne wrote in the email.  “A significant spike in COVID-19 cases in the weeks to come could jeopardize our plans for in-person events for the remainder of the semester, up to and including commencement.”

Miami plans to open a vaccination site on its campus starting April 7, with 1,000 doses of vaccine to be administered by TriHealth. Beginning March 29, all Miami University employees will be eligible to schedule their appointments.

The plan is to only distribute the first round doses of the vaccine before the end of the semester, meaning the site will not be open to the general student body, because most students are likely to have left town by the time they are due for the second shot. However the university announced that if they receive a supply of the single-does Johnson & Johnson vaccine, the student body will be invited to schedule appointments.