News director to work for media recognition of university successes 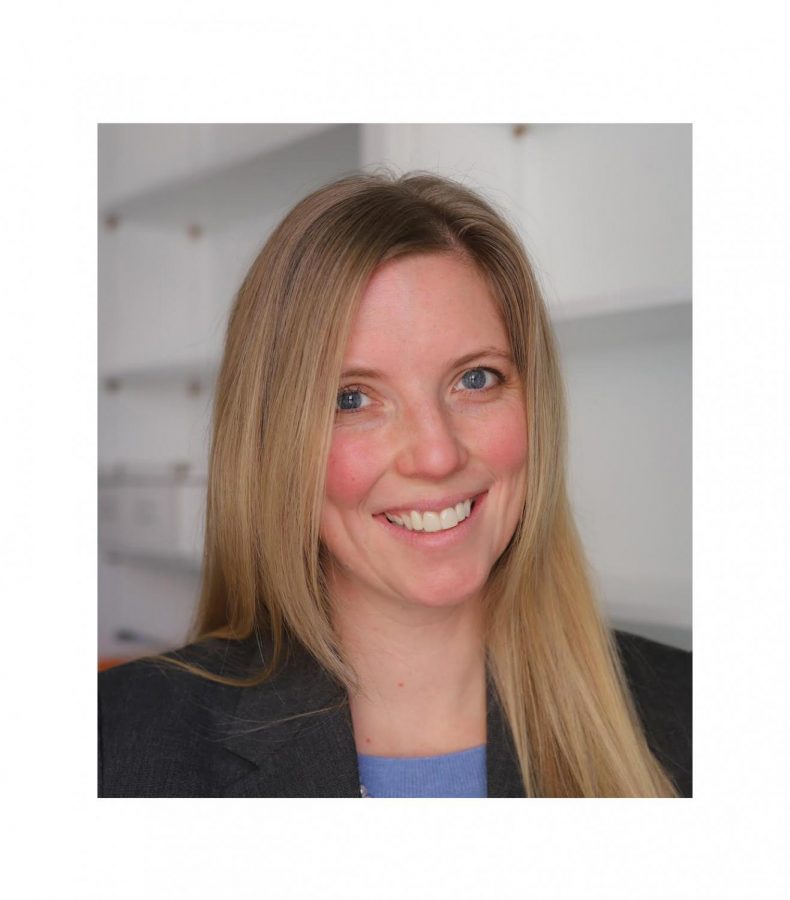 Jessica Rivinius, Miami’s new director of news and communications says she wants the university to do more bragging about itself.

Miami’s new director of news and communications wants the university to do more bragging about itself.

Jessica Rivinius describes her role as the “bridge or connector” between journalists and decision makers. She’s specifically passionate about working with faculty members and connecting them with the media to share their expertise and accomplishments.

“I want to start sending out expert pitches and alerts to the news media to help the reporters tell their stories, but also to help our experts, our faculty members, have their voices heard,” Rivinius said.

The accomplishments and expertise of art history professor, Pepper Stetler, and biology professor, Yoshinori Tomoyasu, are the types of stories Rivinius wants to share with the Miami community and external platforms.

Stetler wrote an article, published in The Atlantic in October, detailing the struggles her daughter, who has Down Syndrome, faces with online school due to COVID-19. Tomoyasu’s lab work, which consists of studying the genetic mechanisms underpinning the evolution of diverse morphologies using insect wings as a model, was mentioned in a New York Times article.

Although publishing research in science journals is critical for scientists, it’s also important that their research be shared with the general public and convey the big picture in understandable ways, Tomoyasu said.

However, Tomoyasu said he feels that the research aspect of Miami is too often hidden beneath the education aspect. “Miami University is a research university,” Tomoyasu said. “One of our central missions is to carry out research projects that are critical for the country and beyond.”

Stetler sees the importance in sharing faculty work as well.

“Faculty here at Miami are reaching a wide public and raising awareness of issues important to them in remarkable ways,” Stetler said.

Rivinius believes better analysis and chronicling of information like Tomoyasu’s research and Stetler’s article would also allow students to appreciate the Miami faculty’s brilliance and expertise.

“I want to let people know, let students know things like Miami has appeared in nearly 4,000 articles from 1,250 outlets across the country since fall 2020,” Rivinius said.

Prior to taking the role at Miami, Rivinius worked in Washington, D.C. as the director of communications, outreach and transition for the National Consortium for the Study of Terrorism and Responses to Terrorism (START).

Although Rivinius loved her job, team and boss in D.C., her sister urged her to come back to Ohio, where she was born and raised in the Springfield Township suburb of Cincinnati, to be closer to her family.

“The position at Miami came up and it was just a realization of everything I wanted for the next step in my career,” Rivinius said.

Yet, she did not end up loving broadcast journalism as much as she thought she would; she felt like it did not fit her.

While working on a story as an undergraduate, Rivinius asked OU’s public relations office for a quote and ended up speaking with Jack Jeffery, the head of the school’s media relations team at the time. Jeffery saw a potential career for Rivinius in public relations, so after some consideration, she began working for Jeffery’s in the communication and marketing office as an undergraduate.

After graduation, Rivinius continued to work for Jeffrey’s full-time as the media relations coordinator at OU, then moved to Rice University to work as senior media specialist, then assistant director.

“The chance to work for a prestigious university like Miami means a lot to me,” Rivinius said.

So far, Rivinius has spent most time getting to know her team, but can’t wait to do more. She’s already alerted local reporters with press releases.

“We’re already doing a tremendous job covering the university,” Rivinius said. “I just want to broaden that megaphone in which we talk about it.”

Besides helping faculty members get their stories told, Rivinius hopes to strengthen some other aspects of Miami’s media communications office. She would like to adapt the internal newsletter for faculty and staff, “Miami Matters,” to external so that alumni, students, parents, even journalists can subscribe.

Rivinius wants to meet with local and statewide reporters to get a sense of what they’re looking for from Miami. She wants reporters to know they can call her and her team when they have questions.

“That’s for the good stories and the not so great stories,” Rivinius said. “There are going to be times where maybe the university isn’t ready to make a statement, but I can at least be the person that they can communicate with and say, ‘I hear your concerns, I hear your questions, I will find answers for you.’”

One other important to-do for Rivinius is working with students. She hopes to incorporate students in the work of Miami’s news office, just like she worked as an undergraduate for Ohio University’s news office.

“I always told Jack Jeffery, I will never be able to pay you back for the opportunities you have given me, but I want to pay it forward,” Rivinius said.

With all of this under her belt, Rivinius expects to be at Miami for a decent amount of time. After all, she has three young children and they’re all going to be RedHawks, she said.