Local workers worry that taxes, costs will increase with wages 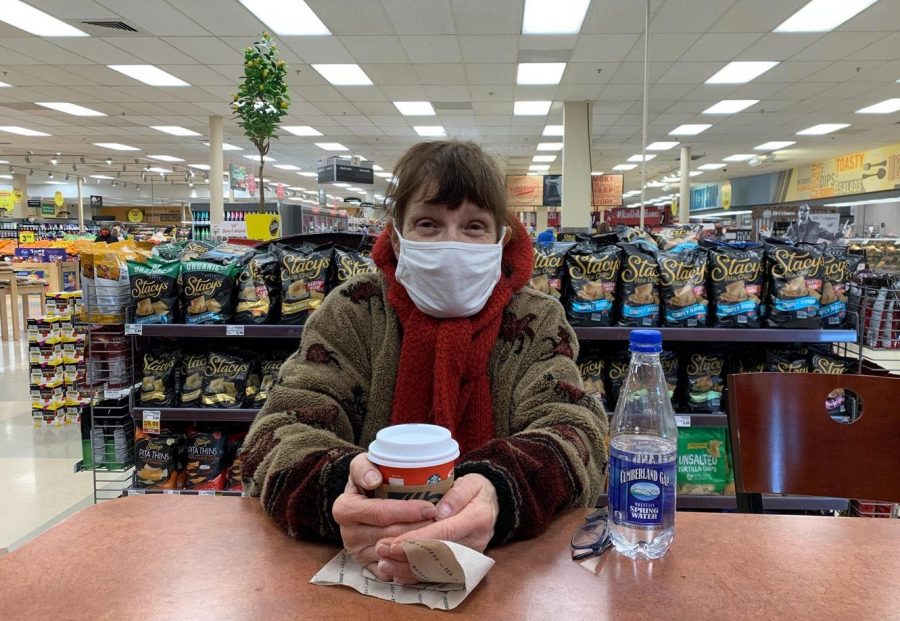 Pamela Parkinson, who has worked at Oxford’s Walmart for 16 years, worries that a raise in the minimum wage would also result in a raise in her taxes.

Even on gray days, Pamela Parkinson loves to step outside the Walmart Supercenter on her breaks.

As Parkinson stands firm in the wind, she thinks about how good it feels to be outside. She absorbs every bit of sunlight that Oxford offers.

Parkinson has worked at Walmart since the store opened on 5720 College Corner Pike, 16 years ago.

On Feb. 18, Walmart, the largest private employer in the United States, announced that it would raise wages for 425,000 of its employees to at least $15 an hour. For Parkinson, that makes no difference.

Despite the pandemic that forced many workers into isolation, the 66-year-old woman continues her job as an essential worker.

“I’ve worked so many years,” Parkinson said. “I’m afraid I will be bored.” She wants to do more than “clean, dust and do yard work.”

Parkinson said a $2 raise in her salary would result in paying more taxes and spending money on things she does not need. What she purchases now, is enough, she said.

While looking through her closet over winter, Parkinson realized that she can only wear one pair of pants at a time. “How many more darn clothes do I need in my lifetime,” she said.

“I got enough; I need to quit looking.”

She then donated clothes to Goodwill and the Catholic Social Services in Eaton.

Like Parkinson, 48-year-old Lucrita Osman worries about the potential consequences of a wage raise on the economy. She works for Miami University’s Dining Services.

Osman, a proud “nana” who lives with her daughter Jasmine and her two grandsons, Parker, 4, and Leo, 2, wonders if a raise will help minimum-wage workers.

“Gas is outrageous, cost of living, renting an apartment, all that’s going to go up… It’s not a win-win,” Osman said.

Osman works about 40 hours a week. That is better than the mandatory six-days-a-week shifts while Miami was short-staffed. She feels exhausted when her shift ends at 8:30 p.m. Osman is in pain and hopes to get foot surgery soon, she said.

She enjoys working at the Sumeshi grill station in Armstrong Student Center and misses the students’ smiles that she can no longer see due to masks.

“A lot of them are really, really, really nice, but there’s some that think they are better than everybody,” Osman said. “But you gotta put on a smiley face and be nice to them.”

If she were to get a higher salary, Osman would look for a decent apartment and pay off debts earlier than expected. She does believe she deserves more money for her work, she said.

All of this is in the hands of the state or federal government. The City of Oxford does not have the authority to establish a city minimum wage, said Assistant City Manager Jessica Greene.

The city itself moved toward a “livable wage” for all its full-time employees in recent years. The city council’s annual salary ordinance found that Oxford has a competitive pay structure, Greene said.

While the consequences of a raise in minimum wage remain unknown, Greene hopes that if it occurs, it will be phased in over a series of years.

“If you tried to do it quickly, that would be pretty catastrophic for the budgets and prices of our local businesses,” Greene said.

On top of that, “COVID was devastating to the restaurants and retail segment of our community,” Greene said.

Walmart stockers like Parkinson have their personal battles with the virus.

“People were sneezing and coughing all over the place,” Parkinson, who assumes she got COVID-19 at work, said. “You can’t get away from these people.”

Although she took the recommended sanitary precautions, washed her hands to the point that the skin around her nails fell off and wore a mask, she caught the virus shortly before Christmas. To this day she cannot fully smell or taste her favorite foods.

Thinking about her sons makes Parkinson feel better and proud. George, a senior at Miami, works full-time while in college. His younger brother Tim, who is currently struggling in his calculus class, is a sophomore majoring in kinesiology.

“I think a college education gives you a choice,” Parkinson said. Although she would have wanted to, she did not have the opportunity to go to college.