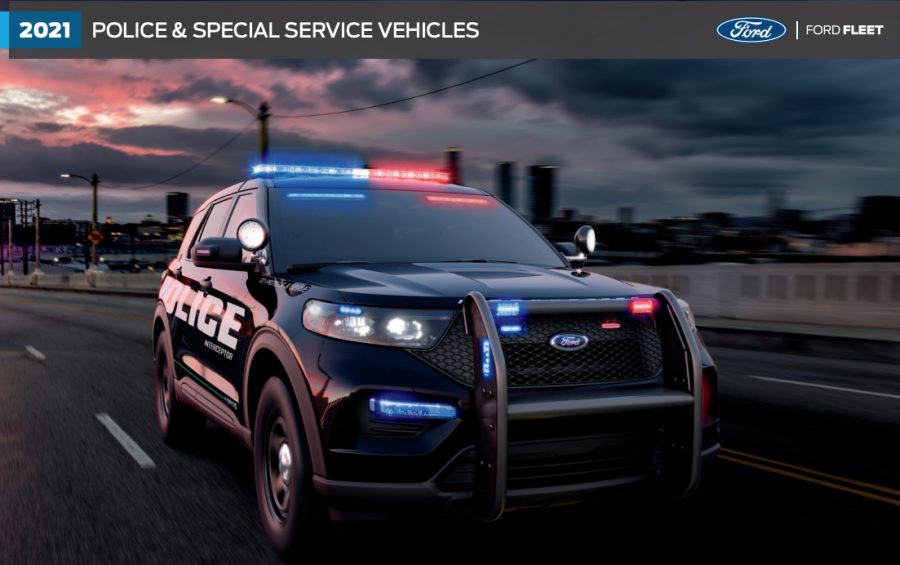 The newest additions to the Oxford Police Department’s (OPD) fleet of cruisers will be hybrid vehicles powered by both gasoline and batteries.

The new vehicles are more expensive than traditional police vehicles, but will save money on gas in the long run, according to city and police officials. Police cars spend much of their time idling with the engine running, burning up gas. When a hybrid idles, the gasoline power shuts off and the batteries take over.

City Council approved purchasing the two vehicles from Larkin Greenwood Ford in Connersville, Indiana, at its Feb. 2 meeting. The two 2021 Ford Interceptor Utility Vehicles will cost the city $71,768, which includes the specialized police equipment package and paint job, according to the city.

“We understand the importance of the environmental issues so we are looking at a hybrid option. It is more expensive but we think it will reduce engine idle time while cars are parked and have a fuel savings,” said Police Chief John Jones. The eco-friendly vehicles are in line with the city’s strategic goal of environmental sustainability.

The department estimates it can save $1,755 per year on fuel normally consumed during vehicle idling. Furthermore, hybrid vehicles can help reduce the amount of carbon emissions by nearly 13,000 pounds per year based on Oxford Police’s yearly vehicle usage.

According to Ford’s website, the Interceptors have hybrid power trains that can “offer significant potential fuel savings compared to traditional police vehicles.” Ford boasts that its hybrid design can potentially save nearly 350 miles per gallon of gasoline per year. While idling, which is a large part of what is demanded of the vehicles in a normal day of operation, the yearly savings can reach over 900 miles per gallon of fuel.

Normally, departments rotate their fleet every three to four years as cars age and wear. OPD rotates its vehicles around the 120,000 mile mark, the chief said.

“We are anxious to see how it goes; the expectations are the batteries will last eight to 10 years. We put about half the miles as Ford advertises as normal, so we are hoping to stretch that a little longer,” said Oxford Police Lt. Glenn Robinson.

According to OPD, a few large municipalities have already incorporated hybrid vehicles into their fleets with no reported issues over one year in service. It remains to be seen how the hybrid cars’ batteries will hold up past their eight-year warranty, however.

The in-field performance of the hybrid models compared to traditional gas-consuming cruisers is another concern with the decision to purchase Ford’s Interceptors.

“These are rated quicker and faster than their gasoline engine counterparts,” said Robinson. “They have more torque, quicker pickup, and are faster off the line, so we are excited to try them out,” he added.

The department wants to reassure the public that even though these new vehicles are hybrids, they perform equally, if not better, then the carbon cruisers they have used in the past.

“You never want a public safety vehicle to fail, but as technology is improving, you see these things every day,” said Jones. “We have done our research and we will still have plenty of other traditional type vehicles. But, if these are successful, we can keep replacing our vehicles with these and it will be good for the long term,” said Chief Jones.

The Interceptors are replacing two old Ford Crown Victoria model cruisers in the fall after the new SUVs are outfitted with their protective reinforcements and digital accommodations.

The retired cruisers will be sold at auction.