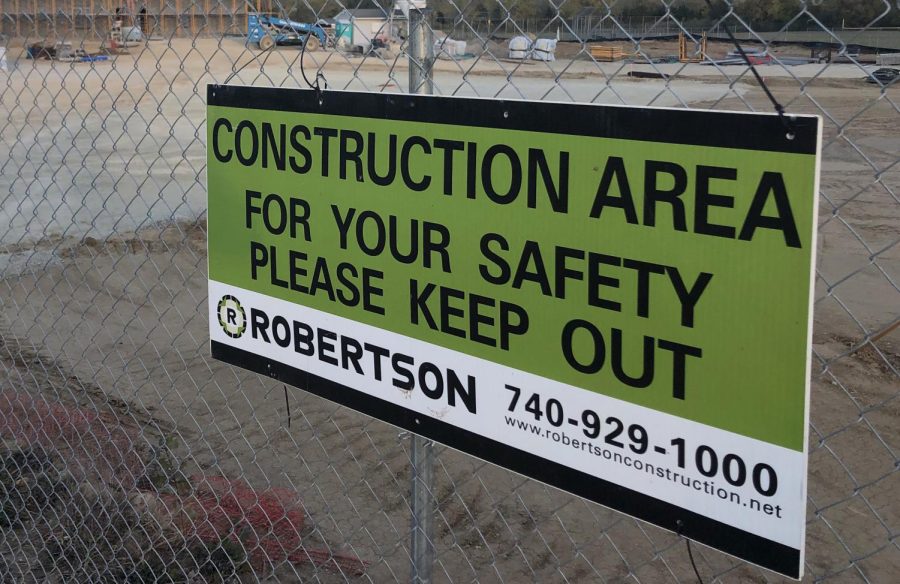 A construction sign in front of Marshall Elementary School.

Marshall Elementary School students will go back to remote learning beginning May 3 through the end of the school year. The Talawanda Board of Education made the decision at their Feb. 8 meeting so the new elementary school can be finished before its opening in the fall.

Marshall, located at 3260 Oxford-Millville Road. is being replaced with a new building adjacent to the old school. The project, which was supposed to be done last year, had several construction delays caused by weather, problems with the soil at the building site and water issues.

The $13.6 million building now is about a month behind schedule, and demolition must start early for the school to be finished when school starts in August, Talawanda Superintendent Ed Theroux told the board on Monday. The school has about 360 students in Pre-K through fifth grade.

There are safety concerns about having children on the school site during the demolition, which involves asbestos removal and utility shut-off. Originally, it was expected that demolition would take place during the summer, when the students would not be there. However, because of the construction delays, that is no longer the case.

Sending the children home for remote learning in early May will allow the construction crews to begin demolition a month earlier than planned to get the project finished on time, Theroux said.

Other options were considered, but all had significant drawbacks, Theroux said. “There is no good scenario option.”

Those other options included authorizing an additional $250,000 in overtime for the construction crews; moving the students to another location temporarily; and delaying the fall start date for Marshall until sometime in October, Theroux said.

There are no guarantees that paying overtime would get the work done fast enough, Theroux said. The construction firm recommended against the overtime because it has had many workers out sick with COVID-19. Weather delays can also hinder having enough workers at the site.

Theroux told the board Miami University President Gregory Crawford had offered temporary space on campus for the Marshall students, but it would have to be in more than one location. The district would also have to cover the cost of moving books, furniture and equipment suitable for grade-school children to the temporary sites.

The superintendent said delaying the start of school in the fall until October would be detrimental to the students, who already have had trouble with getting enough face-to-face instruction this year.

That left the option of switching the students to virtual instruction in May, which the board deemed would be least disruptive.

“This gives us a better chance of starting on time next year,” said board member Pat Meade.“It doesn’t guarantee it though.”

At the Feb. 8 meeting, Marshall Principal Chad Hinton showed a video update on the new building.

In the video, Hinton showed a tour of the construction project in progress: interior framing is complete, drywall is up and painting is underway. He mentioned many improvements, including better windows that allow more natural light into the building.

Hinton also mentioned that classrooms will have much more space than before, and the building will contain an elevator and three sets of stairs.

“It’s really exciting to see the changes going on and for the staff to see that,” Hinton said.

In addition to the construction update, board members approved a $27,425 Marshall relocation quote with Lincoln Storage and Moving Company. This will be used to move items from classrooms to storage until the new building is completed.