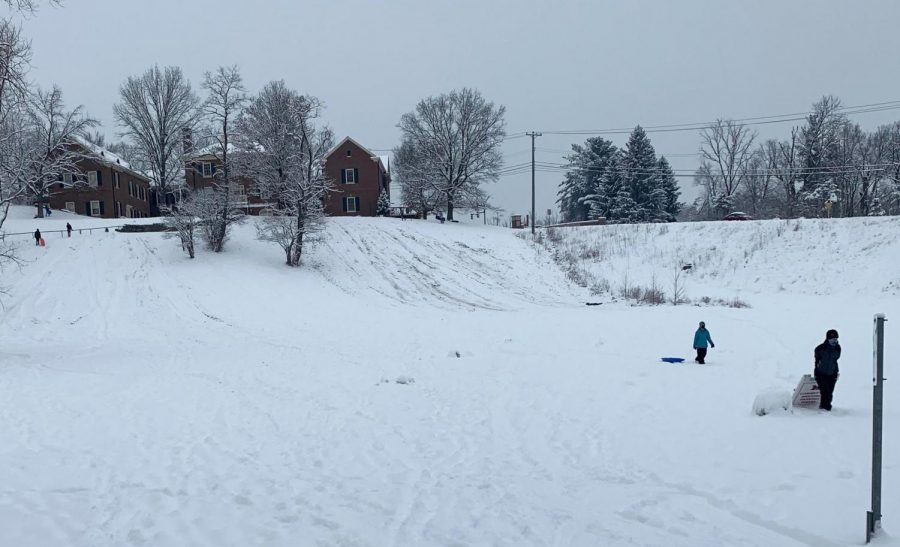 Sled riders wear ruts into the hill at Peffer Park on Tuesday afternoon, as the overcast sky promised more snow to come.

The first significant snow storm of the year dropped 3 to 4 inches all over Oxford Monday night, prompting the city to declare a snow emergency and issue a winter storm warning until 7 a.m. Tuesday.

The snow had stopped by sunrise  Tuesday, but started again on Wednesday afternoon, adding another few inches of accumulation. By Wednesday night, temperatures were dropping into the teens and the National Weather Services was predicting more cold and possibly more snow through the weekend and into next week.

The Monday storm prompted the University to delay the start of Tuesday classes until 10 a.m. but most city streets were quickly cleared and there were no significant problems or injuries reported.

For most people, the snow meant a chance to build a snowman, go for some socially-distanced sledding and enjoy a warm nose, thanks to their COVID face masks.