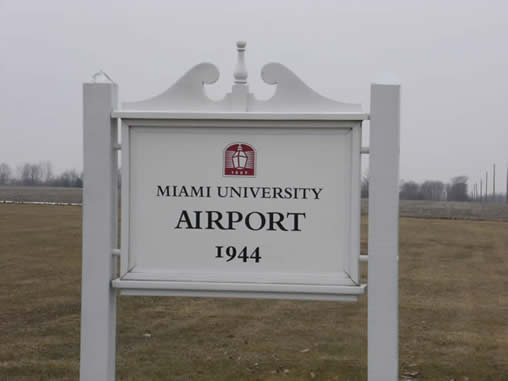 The Miami University Airport is on Fairfield Road, about two miles west of Oxford.

Under the deal, Miami continues to own the general aviation and single runway airport, located at 7101 Fairfield Road, about two miles west of Oxford. CVG will manage and operate the 300-acre facility.

The Oxford airport averages only about 20 flights a month, and leases space to a few private planes that are based there.

According to a story in the Cincinnati Business Courier, CVG plans to also use the Oxford facility as a testing site for autonomous drone vehicles and other new technology.

The lease is for $84,000 per year for five years and can be renewed for another five years, Rivinius said.