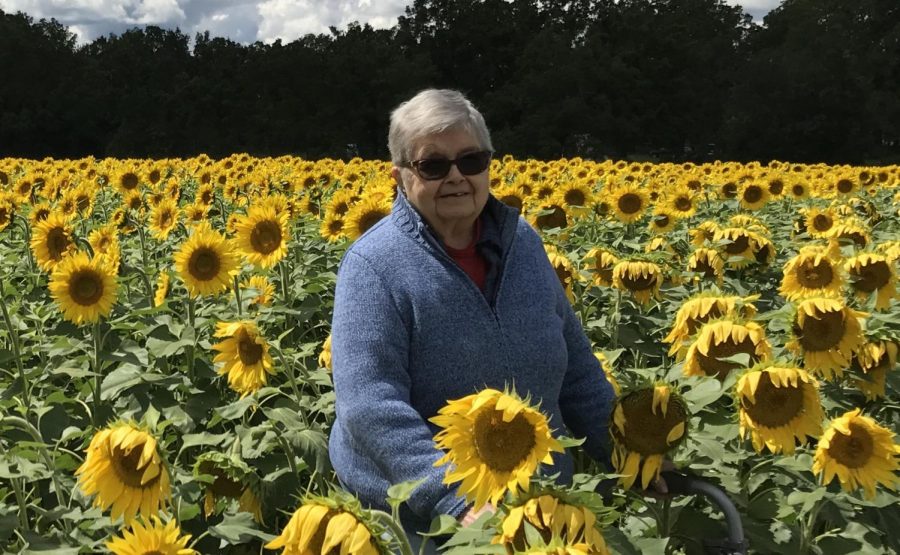 Photo provided by the McLellan family

Ann Handforth McLellan in a field of sunflowers near Yellow Springs, Ohio.

Ann Handforth McLellan was a mother, a grandmother, a wife, a supporter of the civil rights movement and a letter-writer for Amnesty International in Oxford.

McLellan, 95, died Jan. 6, at the home of her daughter, Marjorie McLellan, in Yellow Springs, Ohio, surrounded by those she loved. The cause of death was congestive heart failure, according to her daughter.

McLellan was born on March 14, 1925, in Nutley, New Jersey. She moved to Oxford with her husband, David McLellan in 1970, where they co-founded the local chapter of Amnesty International. Mrs. McLellan became an active letter-writer on behalf of the organization.

According to her daughter, McLellan wrote letters advocating for prisoners, particularly prisoners of conscience, and to campaign for human rights locally and around the world. McLellan said her mother was always moved to address human rights and civil rights issues.

McLellan said that her mother had a great sense of humor, a great love of her family, a love of travel and art, a rich life and many friends.

“My mother’s family always grew up teasing each other and making jokes, we were surrounded by it,” said McLellan. “She was making jokes until the very end.”

A photo of McLellan in a field of sunflowers near her home fit her personality, according to her daughter. It was taken in Yellow Springs, and the sunflowers are planted every year.

McLellan enjoyed art, and once took a class in Oxford in the 1970s where students visited artist studios. She enjoyed watercolor painting and marquetry, which involves making pictures and designs with small pieces of inlaid wood.

In addition to her daughter Marjorie, McLellan is survived by her children, Eric and Michele McLellan; three grandchildren; and five great-grandchildren.

David Stanley McLellan, Ann McLellan’s husband of more than 65 years, and a professor emeritus of political science at Miami University, died in 2010.

The family plans to have a service when Michele McLellan returns from Cambodia in six months.

“My mom planned her own funeral service,” said Marjorie McLellan. “It involved my husband playing the piano. That’s all she wanted.”

Instead of flowers, the family asks for donations to be made to the Greater Dayton Food Bank.