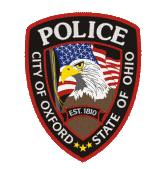 The Oxford Police Department Records Management System is back up and running after being down for approximately a month because of a computer malware hack against the Butler County Sheriff’s Department, according to Oxford Police Lt. Lara Fening.

“Since we are attached and linked to the sheriff’s office for their records management, it, of course, did affect us,” said Fening. The source of the hack remains under investigation.

While the reporting system was down, the department kept up with reporting by using an older, auto-fill software and printing off hard copies of reports. Now, the department will have to backfill all of the reports into the current online system, she said.

“I’m grateful (that the system is back up) because now it’s just putting things back in and recovery time,” said Fening.