Talawanda schools move classes back to online only 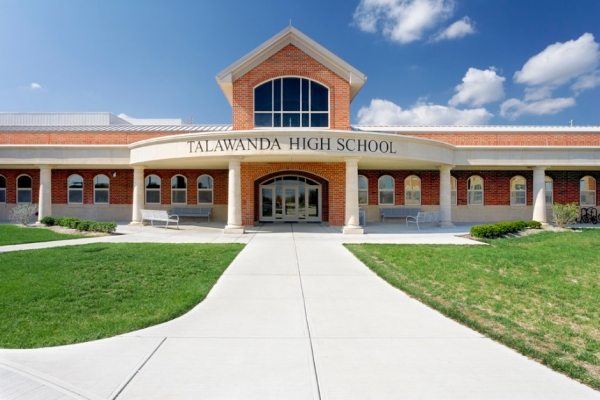 All face-to-face classes are cancelled at Talawanda High School on Nov. 12 and Nov. 13 because of staffing shortages.

Talawanda Middle School and High School returned to all remote classes on Thursday and Friday because the district was faced with a lack of staff due to COVID-19 quarantines.

The district announced all remote classes Wednesday, Nov. 11, giving parents, students and teachers just one day to prepare for the switch. The schools were to be given a deep cleaning on Thursday and Friday and the district will use that time to assess whether in-person classes can resume in the coming week, according to an announcement on the school district blog.

Talawanda began the school year in August with fully remote classes because of the pandemic. In-person classes resumed Oct. 20, for those who wanted to return to the school buildings. The district announced that about 77 percent of the students — approximately 2,300 children — took that option, while the rest continued with online instruction.

“Presently, we do not have the staff needed to operate some classes in person, nor enough staff to manage the many other key services provided in our high school and middle school,” Superintendent Ed Theroux said in the district’s post.

The decision to go to remote-only classes was made by Theroux Wednesday. The superintendent has the authority to make the final decision, Theroux said, and the board of education was informed shortly after the decision was made.

“The superintendent, in cooperation with our staff, made the decision, and there was no choice due to the fact that we literally did not have enough staff to operate in those two buildings,” director of communication and public engagement Holli Morrish said.

Among the staff quarantined are the kitchen staff at both schools, forcing a shutdown in both cafeterias.

Theroux said that though the short notice may have left parents and families in difficult positions in finding childcare or taking work off, student safety needed to remain the priority.

“I have reminded families that a plan B has to be ready to go. It is similar to a calamity day.  There usually is not much notice on those days too,” Theroux said. “I recommend that parents plan because this COVID issue is here and is not going away for a while.”

Additional information will be released about when classes can resume in person as soon as possible.

According to the district’s blog post: “We will reevaluate whether we can return to in-person school next week during the next few days. We will alert everyone as soon as we are able to determine a plan for next week.”

Actual COVID-19 cases, however, do remain relatively low in the district. Five staff members and seven students have tested positive for the virus.

“We continue to monitor,” Theroux said. “We will continue to make the best decision possible to educate and keep all students safe during this pandemic.”

Families with students in need of breakfast or lunch are encouraged to contact Amy Macechko, district health and wellness coordinator, at (513) 461-0455.