Guest column: This pandemic year, go vote and return faith in our democracy 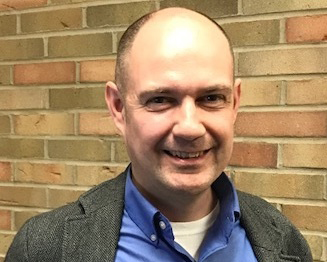 If 2020 is the turning point in American history, then historians might just be the boy who cried wolf.

After all, America has long been shaped by bitter elections. In 1860, civil war hung over the question of slavery, as a man born in a log cabin headed for the White House.

Before Abraham Lincoln, things were no less divided. John Quincy Adams scorned his 1828 nemesis Andrew Jackson as “a barbarian and savage who could scarcely spell his name.” In 1800, when John Quincy Adams’ father lost to Thomas Jefferson, Adams, Sr. was branded a “hideous hermaphroditical character”; Jefferson “the son of a half-breed Indian squaw.”

Still, 2020 does feel different. Earlier generations were just as partisan, but politics unfolded face-to-face in the public square. Nowadays, from Russia meddling in our elections, to the spread of murky conspiracy theories, social media exposes America’s vulnerabilities as never before.

The facts should concern us all. More than 200,000 Americans have died from COVID-19, more than America’s Revolutionary War, World War I, and the Vietnam War combined. In the midst of the coronavirus shut-down, George Floyd’s death opened old scars. A summer of unrest raises the specter of social meltdown mixed with rampant authoritarianism.

History has much to teach us. The unraveling of democracy greatly concerned our nation’s founders, who gathered in Philadelphia in 1787 to debate the Constitution. The result was admittedly flawed, allowing for the continuation of slavery and the political exclusion of women, African Americans, and others. Its checks and balances were no guarantee of stability, as the Civil War proved. But its principle of amendment—the openness to change—paved the way for the Bill of Rights and two centuries of expanded liberty and equality.

America teaches us that a more perfect union is a work in progress, not a utopian vision. Yet the past itself is now weaponized. The White House’s 1776 Commission seeks to place “patriotic education” at the center of our national curriculum, as the 250th anniversary of American independence beckons. This effort is itself a reaction to the New York Times’ 1619 Project, which contends that the 1619 advent of slavery in the future United States marked “the nation’s birth year.”

Amid controversy surrounding America’s colonial past, another chapter of history rings alarm bells. A slew of books and other media asks: could fascism take root here? Bestsellers Madeleine Albright and Timothy Snyder suggest so, though some reviewers question their broad definition of fascism. Home Box Office’s (HBO) TV drama, “The Plot Against America,” takes a different tack, imagining a 1940s United States under the presidency of Charles Lindbergh, the famed aviator and Hitler admirer.

Concern at authoritarian politics is not limited to the progressive left. For example, Operation Grant for Ohio is a self-described coalition of “Republicans, conservatives, and former Trump-voters who put country before party—or any one man.” In partisan times, the lines are not always obvious.

Americans are right to worry. Whoever wins this election, the worst-case scenario is a compromised result, with low voter turnout and ballot results dragged out through the courts. In this unhappy event, the United States Supreme Court’s 2000 Bush v. Gore decision would pale in comparison. The passing of Ruth Bader Ginsburg adds fuel to the fire.

In this pandemic year, then, one thing matters above all. By mail or in person, make your voice heard this November. Bring out your vote, and for crying out loud, let’s put some faith in democracy!

Matthew Smith is a Visiting Assistant Professor teaching history at Miami University’s Hamilton campus. A native of the United Kingdom, he has been a naturalized citizen of the United States since 2017.