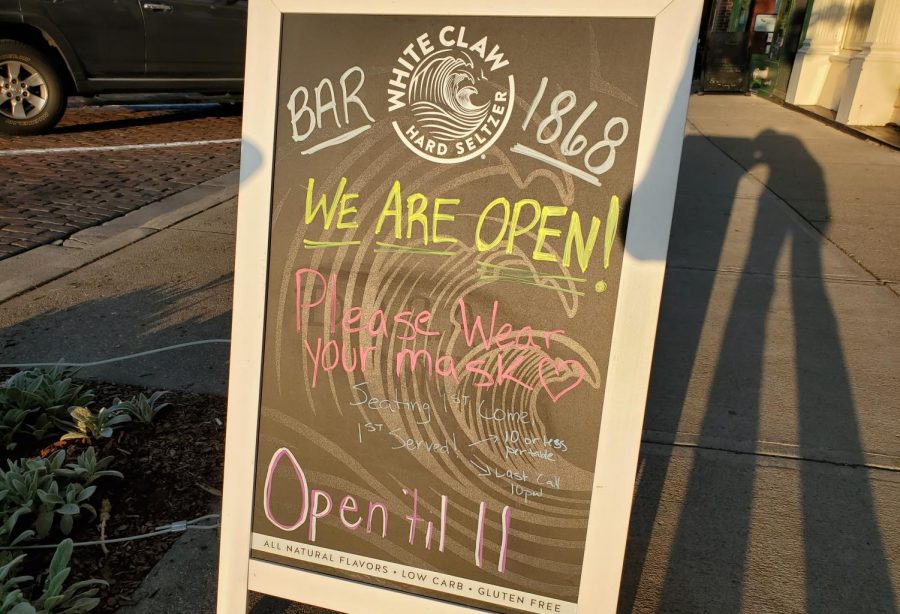 In early June, a proposal passed the Ohio House that would have allowed bars to stay open until 4 a.m. on weekends. The bill, authored by Rep. Brett Hudson Hillyer, R-Uhrichsville and Rep. John Becker, R-Clermont County, was crafted to benefit bars and restaurants that had suffered economic losses during pandemic-caused shutdowns earlier in the spring.

However, by late July, COVID-19 cases were sharply rising in the state. Health experts agree that the best way to prevent spread of the virus is to wear a mask, wash your hands frequently and avoid crowded places where people have a hard time staying at least six feet apart – like bars.

DeWine signed an executive order July 31, mandating that bars stop serving at 10 p.m. and that bar patrons finish drinking by 11 p.m.  The order had been challenged in court by a group of Columbus business owners who claimed the order was unconstitutional and that coronavirus cases could not be linked to their locations.

As of Aug. 5, the Ohio Department of Health reported 91,171 confirmed cases of the virus in the state and 3,326 deaths. On Thursday, DeWine announced that he had tested positive.

Put into effect by the Ohio Liquor Control Commission, bars are required to follow the new standards until Nov. 28 or when the commission puts an end to them. According to DeWine’s order:

To help offset some of those losses, the order allows bars to sell three “drinks-to-go” up from the original two, which the state legislature is considering making permanent.