Zoology professor leaves legacy in community and at Miami 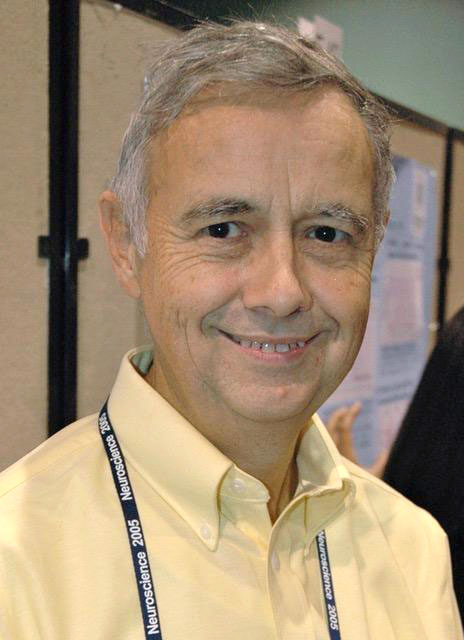 I have fought the good fight, I have finished the race, I have kept the faith. —2 Timothy 4:7

David F. Wilson’s distinguished academic career, devotion to family and church, love of nature and dedication to helping others were the hallmarks of a life well-lived, a race won. He was 78 when he died Aug.17, in Oxford, after a battle with cancer.

Wilson was born Feb. 23, 1941, in Elmont, N.Y., to Charles E. and Beatrice Wilson. He earned a B.A. in biology at Hofstra University in 1963, an M.A. in 1965 and Ph.D. in biological science from the University of Delaware in 1968. According to Susan Wilson, his wife of 54 years, Wilson was always astonished that he became a professor. He was the first in his family to go to college and he paid for it himself.

Wilson joined the faculty of Miami University in 1969 and worked until his retirement in 2009. He was a professor of zoology and taught animal physiology, neurophysiology and the capstone course titled current issues in medicine.

In addition to teaching, Wilson mentored students interested in healthcare professions for 30 years. According to his wife, his goal was to help all students realize their greatest potential. He once had a student who wanted to be a dental assistant, but he encouraged her to do more. “With your grades, you could be the dentist,” he told her, according to his wife. With his encouragement, the student did just that.

Wilson’s commitment to others was visible throughout his life. In his most recent initiative, he and his wife, along with 10 other families, conceptualized and opened Safe Haven Farms in 2010, a community for adults with autism and other disabilities, in Middletown, Ohio.

He and his wife were inspired to create Safe Haven because they wanted a safe place for their autistic son, Jim, to live and work.

His career was just one facet of Wilson’s full life. Some of his greatest joys included spending time with his five grandchildren, and in nature, especially gardening with his wife. “He would plant the flowers and I would plant the vegetables,” Susan said. “He loved planting trees.”

Wilson volunteered his time with several organizations including CASA (Court Appointed Special Advocate) and Boy Scout Troop 930, holding several leadership positions in the Scouts. “He himself was never a boy scout, but he got involved when our boys joined,” his wife said.

Faith played a key role in Wilson’s life. He was an active member of the Oxford Presbyterian Church for 50 years and served as an elder there. “He was a kind person, dedicated to his Christian faith, a deep thinker, and a proud grandfather,” said Judy Fisher, a fellow member of the church. “He and Sue were so instrumental in Safe Haven, it really rubbed off on our church community.”

For their 50th wedding anniversary, he gifted Susan a photo book, with tips for a successful marriage listed on the last page. “That captured the essence of who he was,” said Susan. “He had high standards for himself and everyone around him but was very forgiving when those standards weren’t met. He was thrifty with money on one hand, and very generous on the other.”

In addition to his wife, he is survived by three sons Jim, Ken and Ed Wilson, and five grandchildren.A celebration of life service will be 2 p.m. Saturday, Sept. 7, at the Oxford Presbyterian Church, 101 N. Main Street, Oxford. A reception will immediately follow in the church seminary building on the corner of Church and Poplar Streets. In lieu of flowers, the family requests memorial donations be made to Safe Haven Farms, the Oxford Presbyterian Church, or the Mallory-Wilson Center at Miami University.