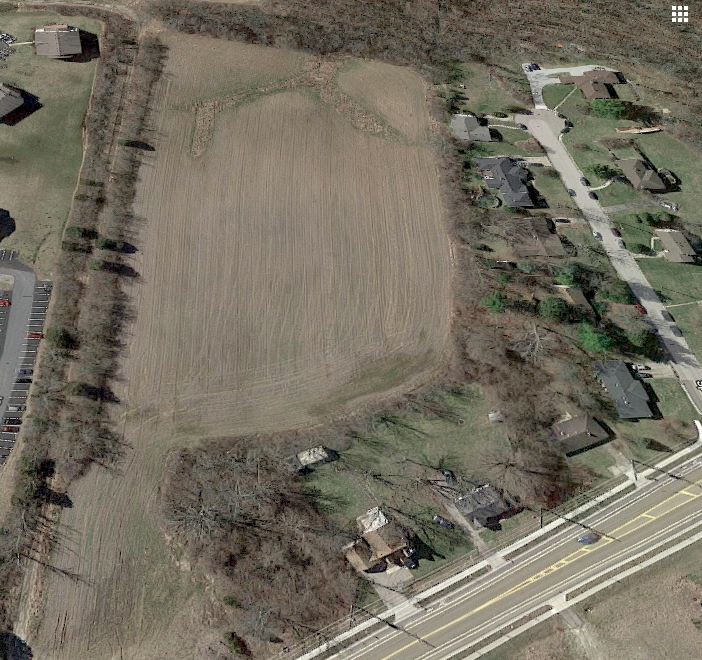 The Oxford Planning Commission tabled a proposal Tuesday to rezone 7.9 acres of land near Talawanda High School out of concern that developers might build more student housing there.

The empty field on U.S. Route 27 between Indian Trace and Spartan Drives currently is zoned R-1A, allowing for single-family houses. The requested change is to zone it R-2A, which allows for single- and two-family homes at a higher overall density.

According to a letter in the city’s document file on the proposal, Spectra Student Living aimed to submit a request for a planned unit development to allow the construction of a rental complex with one-bedroom apartments and two- and three-bedroom town homes.

The idea that as many as 102 units, potentially filled with college students, could abut their neighborhood prompted several residents from Spartan Drive to object at Tuesday’s meeting.

Alexandra Marsh, a six-year resident of Spartan Drive, said she and her husband moved to the quiet street after spending three years in Oxford’s Mile Square, where they had to put up with drunk students ringing their doorbell in the middle of the night, constant noise and trash littered all over their yard by hard-partying student neighbors. They don’t want to go through that again and there isn’t a need for new student housing on the south side of town, she told the commission.

Marsh said her family hoped to add a porch and other additions to their Spartan Drive home, but that if the change was approved, “why would my family put into our home anything else? Why would we build our new back deck … if the value of the property would go down anyway?”

But Justin Farris, a founder and managing partner of Spectra Student Living, the developer asking for the zone change, said his company, despite its name, doesn’t want to build apartments for students. Instead, he said Spectra’s development would be a “workforce community” for young professionals, faculty and staff from Miami and Talawanda High School, and workers from places such as McCullough-Hyde Hospital and Walmart.

Kevin Marks, another Spartan Drive resident, opposed the change, saying “there are 20 other acres of R-2A zoning district that are underdeveloped, and our part of town already has enough R-2A zoning.” Marks also noted that the Oxford police chief had expressed concerns about allowing the development of additional apartments, including response times to that particular area of town. “It is becoming difficult to maintain service levels without adding to our staff,” the chief wrote in a report to the city development staff.

A street view of the property along U.S. Route 27. Photo by Annie Craver

Farris acknowledged there is other R-2A-zoned land nearby, but said it was more expensive than the property in question and therefore would make the project too expensive for the rents Spectra wants to charge.

But Spectra has not yet even purchased the land, and members of the commission were openly skeptical of the proposal. At least part of that skepticism is the result of a similar rezoning that occurred a few years ago to property on the other side of US 27 that is now occupied by The Annex apartments, which are largely student occupied.

In that case the initial proposal also said the project would not be for student housing.

Once this property is rezoned, there would be nothing to stop Spectra or any other developer from putting in student housing, said Commission Chair William Snavely. “If we get taken again, you can build whatever you want.”

Snavely said he was “loathe” to go against the wishes of the Spartan Drive residents, and commission member Corey Watt said he did not want to do anything that would damage the value of the properties on Spartan Drive.

At that point, Spectra asked that the proposal be tabled so that the developers could meet with city development staff to see if there might be a way to redo the proposal to include guarantees or assurances that would satisfy the critics.

Snavely suggested consulting with the neighbors, not just the development staff. “Involve the neighborhood and come back to us,” he said. “It could be a completely different thing.”