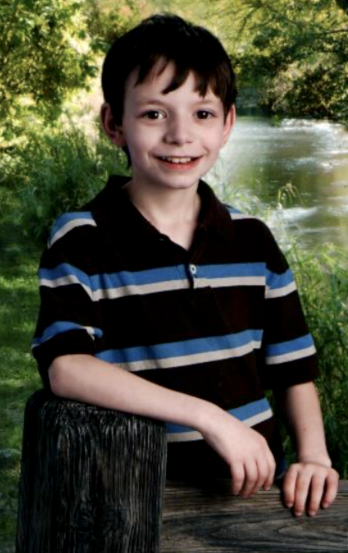 10-year-old Izaac Reese has brain damage and might benefit from a service dog. Photo courtesy of the Reese family

Paws for a Cause will host a “doga” event—combining dogs and yoga—at 11 a.m. Sunday in Uptown Park, to raise money for a family who needs a service dog for their 10-year-old son.

While anyone can come and the event has no charge, the organization said they hope participants will donate generously to help raise the money for 10-year-old Izaac Reese, of Brookville, Indiana, who suffers from left temporal lobe brain damage.

“The service dog would help Izaac navigate through the public and the dog would be able to find Izaac through scent if he ever were to run away,” said Aimee Reese, Izaac’s mother.

Paws for a Cause is a Miami student volunteer group that partners with 4 Paws for Ability, a nonprofit in Xenia, Ohio that breeds and places service dogs. Paws for a Cause is responsible for fostering and taking care of the dogs before they become official service dogs, as well as volunteering for the larger organization. The local group also helps individuals raise the money they need to get a 4 Paws dog.

The Xenia organization trains dogs for placement with children and veterans with all kinds of disabilities. It also specifically train dogs for those, like Izaac, impacted by Fetal Alcohol Spectrum Disorder and its lasting effects. These kinds of dogs help with sensory overload, safety, socializing, calming, increased independence, stability and bonding.

Breeding and training dogs for specialized service work costs up to $50,000 per dog, according to the 4 Paws website. The $17,000 is the portion the organization asks the recipients to pay toward that cost. The money must be raised before a prospective recipient can be put on the breeding list for a dog.

After being in the NICU for the first six weeks of his life, Izaac was placed in foster care with the Reese family. At age 3, he was legally adopted by the Reeses.

One of Izaac’s daily challenges is his lack of understanding of safety and tendency to run after things that catch his attention, his mother said. Izaac is unable to care for himself and is still in diapers. His behavior is impulsive, and he is unable to sit still. A service dog being harnessed to Izaac would help calm him and control his movement.

Even when the Reeses get on the breeding list for a dog, the animal must be born and trained, meaning it could take a year-and-half to two years for Izaac to get a dog.

The Reese family has been working with Paws for a Cause to help secure the funding through the community events.

Allie Humenay, the yoga instructor for the event and the incoming Paws for a Cause vice president, notes said that one of the goals of the organization is to fully pay for Izaac’s dog. The organization has hosted a spaghetti dinner, a basketball game, a cup sale, a Chipotle fundraiser and a bake sale with proceeds going toward Izaac’s service dog. The family started collecting funds in November of 2018, using a webpage through Paws for a Cause to share Izaac’s story and raise money.

So far, Izaac and his family have raised just over $9,000 with the help of Paws for a Cause.

“Service dogs are so expensive and families are responsible for paying at least $17,000,” Humenay said. “I love helping people in any way I can so being involved in simple events like these mean more than you would think to families like Izaac’s.”

Depending on how Izaac’s behavior changes with a service dog, it could become a permanent aspect of his life. The future depends on how Izaac adapts to the service dog.

Sunday’s doga event is intended to increase the awareness of Paws for a Cause and Izaac’s story to the community, said Natalie Smithen, fundraising chair for the group.

“We will hopefully have all of our current service dogs in training present to interact with the community,” she said. “This is a great socialization experience for the dogs, as well as allowing us to be a part of the community and for others to support our pups.”

The dogs will not actively participate in the yoga, but they will be available for lots of pats and interaction with participants and spectators before and after the event, Smithen said.

“Paws for a Cause has been such a great organization,” Aimee said. “They have been so supportive, helpful and loving and we truly appreciate them.”