Wild Berry Adds a Retail Store, Expands Inventory of Incense Products at its Factory Location on US 27 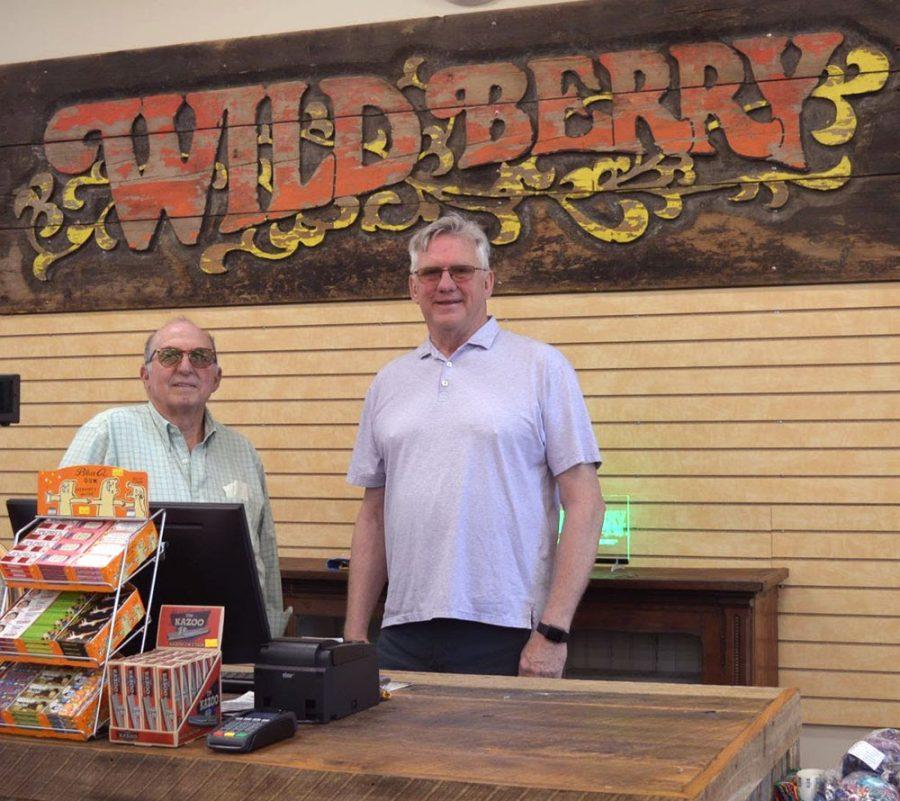 Wild Berry, the incense store that has been a fixture on High Street for decades, opened a larger retail store connected to its production and warehouse facility on College Corner Pike over the summer.

Co-Owners Marc Biales and Roger Atkin, who run the day-to-day operations of the factory, opened the new store at 5465 College Corner, June 30, to house incense displays that can be purchased by vendors. The store also is open regular retail customers.

Wild Berry began in Oxford in 1971 when Biales, a Miami graduate, opened it up as a leather shop. Crafting handmade items from leather had been a hobby and he created a business focused on handmade belts, bracelets, sandals and purses.

“I met a guy in Cleveland who had a leather shop and he showed me some good business technique for doing leather, but his wife ran a candle store next door and they made incense in their candle store, so he kind of turned me on to doing that,” Biales said.

In 1996 the company opened the incense factory on College Corner Pike. As the company grew an addition was made to the building in 2011. With the addition of the factory store, the facility now covers more than 70,000 square feet, he said. The company also continues to operate the High Street store.

The factory site also includes, the home delivery operations, a small photography studio used to photograph various products for the catalog and the website, as well as a large warehouse used to store raw materials.

“The store uptown is mine alone,” Biales said. “[Rodger and I] are partners in the incense business.” 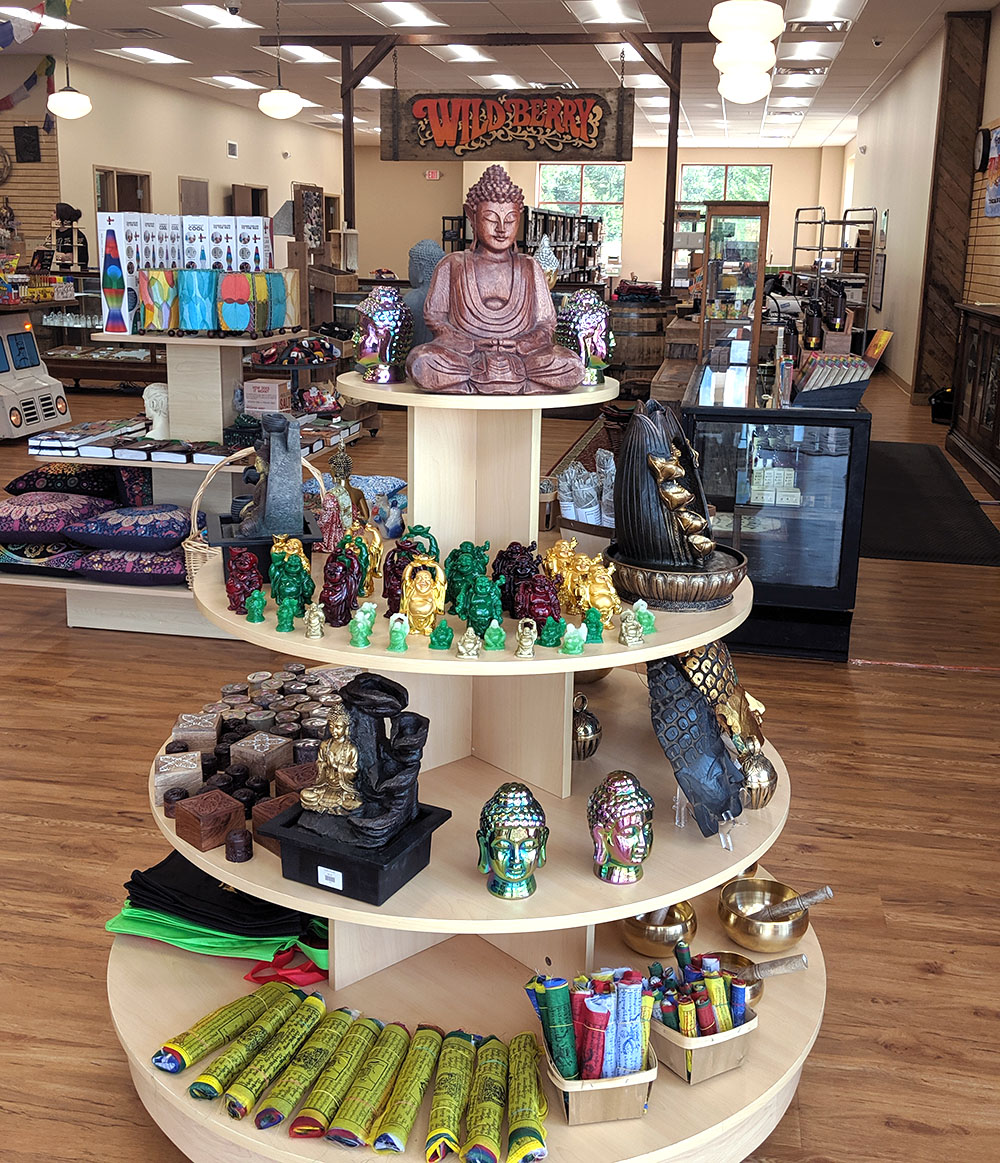 Although Wild Berry is best known for its incense, it’s not the only item available for purchase. Photo by Rebecca Huff

The Wild Berry Factory Store also has new items such as pillows, pottery, felted birdhouses, clothing selections and a variety of Buddha statues.

Wild Berry incense is marketed to retailers in Iceland, New Zealand, Australia, Canada, Mexico, the United Kingdom, the Netherlands, most islands in the Caribbean, Guam, Japan, Taiwan, the Philippines, Cyprus, Israel, as well as the United States, Biales said.

“Innovation and attention to detail make the Wild Berry Incense the best in the world,” The company proclaimed in a press release issued to announce the new store. 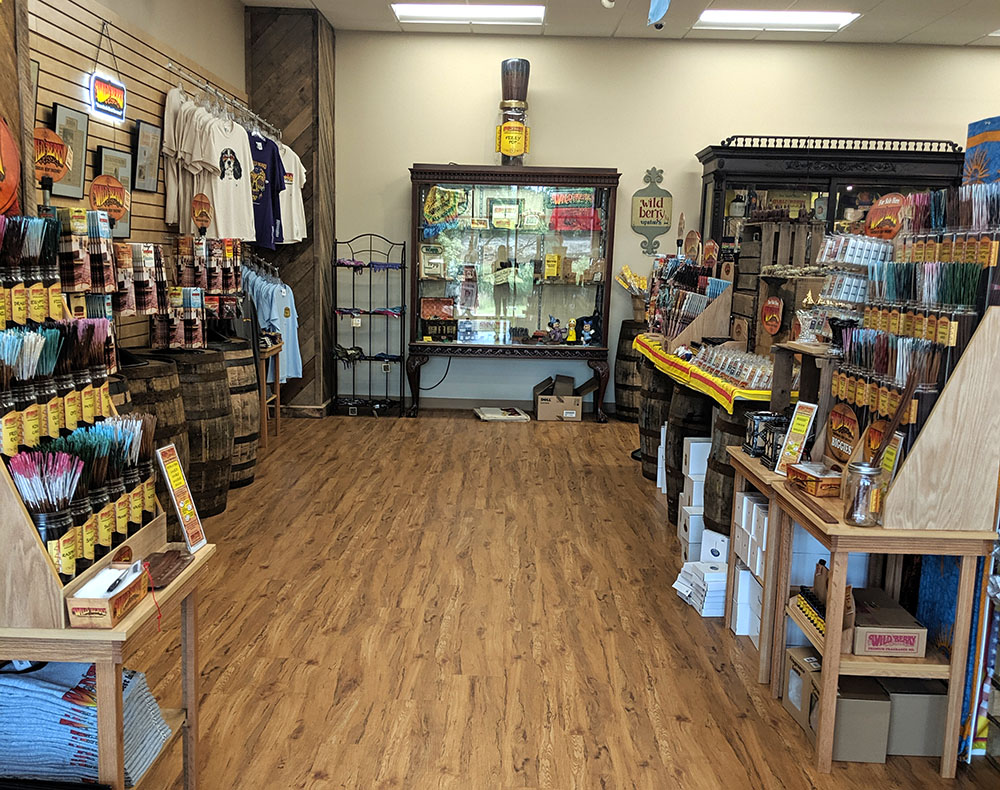 “Incense Alley” houses many of the displays vendors can purchase to sell at their stores. Photo by Rebecca Huff

Walking through the store you can expect to be pleasantly welcomed by the various fragrances Wild Berry has to offer. To the left of the door way is what the employees call “incense alley.”

The showroom allows vendors to see a variety of displays that they can purchase to sell Wild Berry Incense at their stores.

Wild Berry isn’t finished creating new items and fragrances. Biales said he hopes to have powdered incense available for purchase by the beginning of next year. Wild Berry bought out Azenta, a company in Newport, Ky., that specialized in powdered incense.