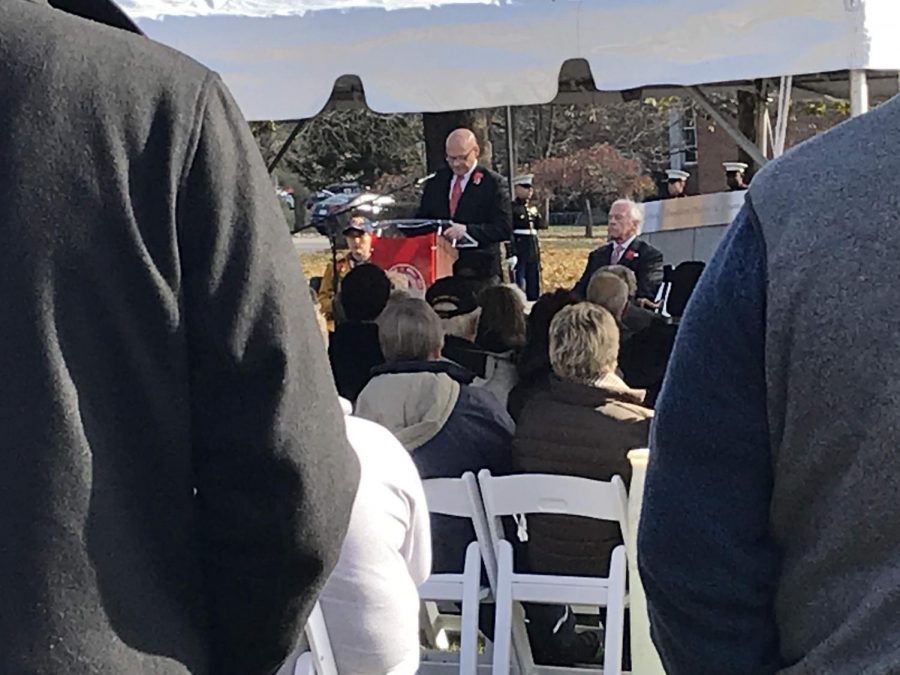 Miami President Gregory P. Crawford, at podium, addresses the crowd at the dedication of the Veterans Tribute Memorial on November 11, Veterans’ Day. Photo by Patrick Keck

More than 100 spectators celebrated Veterans’ Day on Sunday with the dedication of Miami University’s Veterans Tribute Memorial. The memorial, bearing the names of 278 Miami alumni who died fighting for their country, is located between Wells Hall and the Campus Avenue Building. A Marine Corps honor guard fired a salute and Miami President Gregory Crawford and U.S. Rep. Warren Davidson each spoke of the dedication of those memorialized. “No community can thrive without care and concern” for such heroes, Crawford said. Davidson, a 12-year Army veteran, spoke of how he tried to live the motto etched into the memorial: “Here I am, send me.” 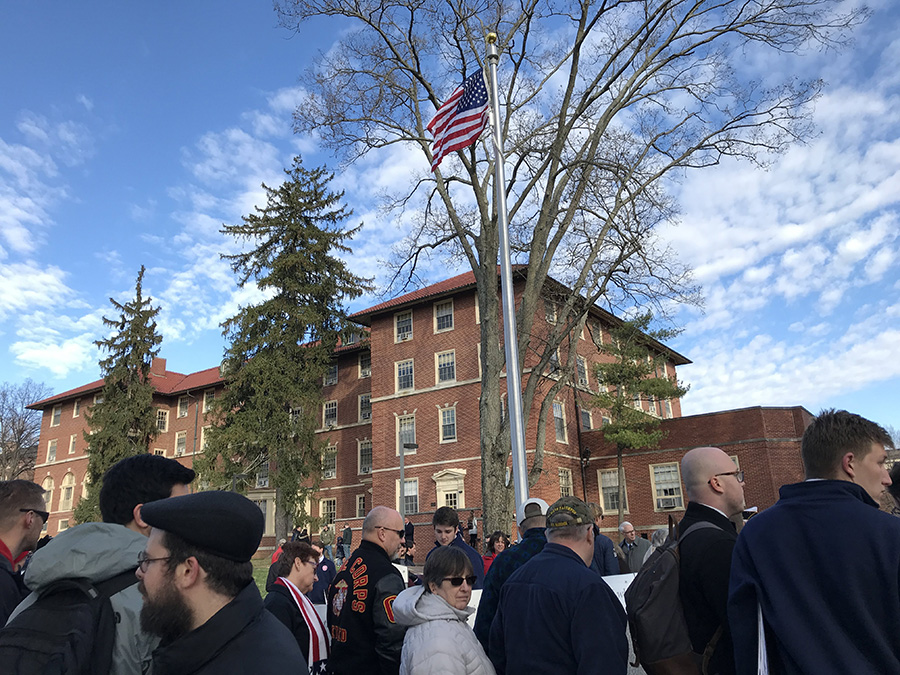 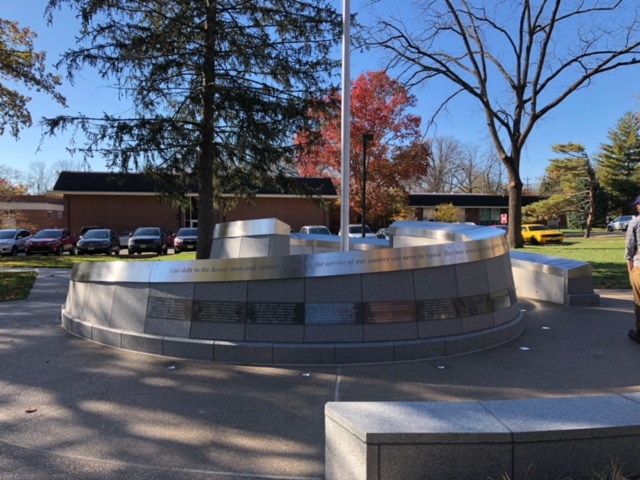 The granite and steel memorial consists of spiral walls bearing the names of Miami alumni who died in America’s wars. Photo by Rachel Berry