Miami has leased about 25% of the Hawks Landing apartment complex to use as overflow dormitory space. Photo by Aaron Smith

Miami is leasing out part of an Oxford apartment complex this year due to a shortage of dorm rooms coupled with a record-sized freshman class.

Miami University rented out 76 beds at Hawks Landing, about a quarter of the eight-building complex. The complex is located at 5262 Brown Road, just across from the Oxford post office, and is owned by Capstone Real Estate Investments.

First-year students must live in dormitories on campus, but the Hawks Landing units are open to sophomores through seniors who wanted to be in university residence halls.

This is the fourth time in 10 years Miami has had to lease off-campus dorm space, said Brian Woodruff, director of Housing and Operation Services at Miami. Some returning students have had the option of living off-campus because of high enrollments and dormitory renovations, he said.

This year, Stanton Hall, 700 S. Maple St., is undergoing renovation, adding to the lack of housing for the 4,285 students in the new freshman class, which is the largest in Miami history. 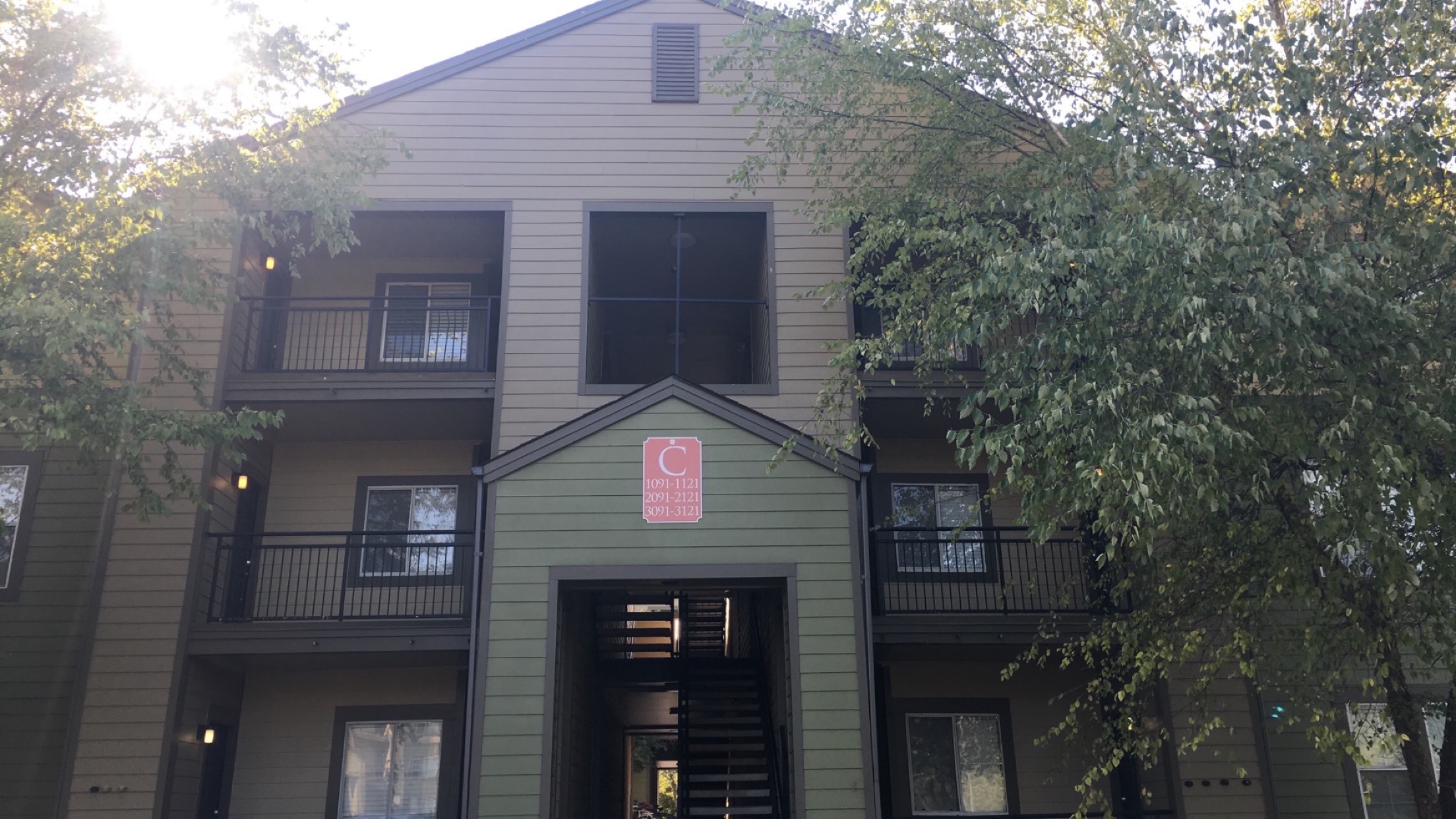 One of two of the eight buildings at Hawks Landing being leased by Miami for dorm space. Photo by Aaron Smith

The dorm renovations include all the bathrooms getting an upgrade, central air and central heat getting added, new fixtures, carpet and more.

“Everything you can think of that doesn’t involve any walls to be broken,” said Woodruff.

The students who have chosen to live in the “dorm” buildings at Hawks Landing are still charged directly through Miami University, and all have Miami housing contracts. There is also a resident director and two resident assistants assigned to the Hawks Landing space, Woodruff said.

Nick Rybicki, a sophomore, said he enjoys living at Hawks Landing. He said it was an excellent option for him because he is a part of Paws for a Cause, a student organization that helps socialize service dogs. Rybicki needed a living space that allowed dogs, which Hawks Landing does.

A downside for the students living at Hawks is that it is a farther walk to campus than the regular residence halls. However, the complex is on Miami University’s campus bus route. Students also have individual bedrooms in the apartments and get to enjoy all the amenities Hawks Landing offers its regular tenants. Amenities such as a pool, a hot tub, a sand volleyball court, basketball courts, a tennis court and 24-hour fitness and business centers.

“Living at Hawks gives me the opportunity to use its included amenities that are easier to access than the same offered by the university,” Rybicki said.