Tom Turkey to be honored for Thanksgiving 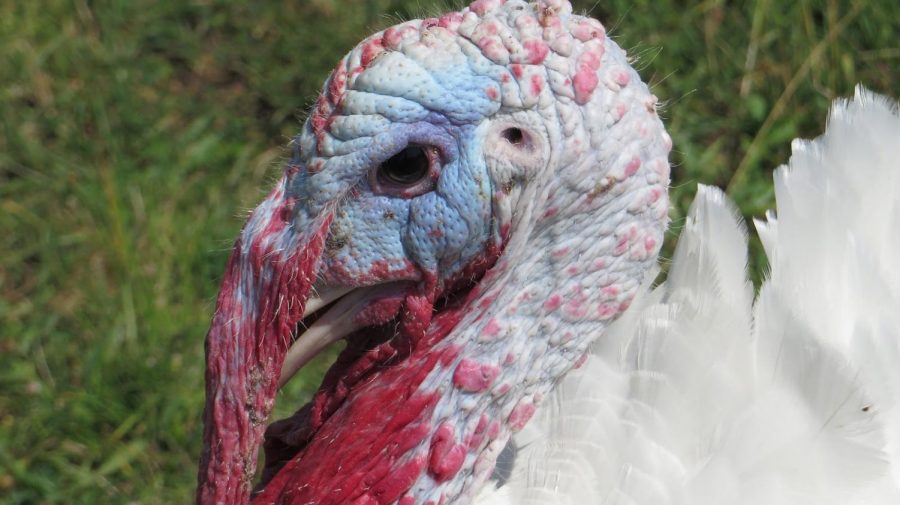 In a quick and painless sacrifice, Tom Turkey passed away just in time for the Big Day. At the time of his death, Turkey was a hearty 18 pounds.

He was born eight months ago, giving him just enough time to grow up before Thanksgiving. Turkey came from a long, long line of important birds. An ancestor may have been eaten by Abraham Lincoln who declared the first Thanksgiving as a national holiday in 1863. Charlie, the turkey that Ronald Reagan first pardoned in 1987, roosted in his family tree. The turkey that inspired the “Turkey Trot,” with its quick and spasmodic moves was related, as was the fowl that inspired Ben Franklin to suggest that the national bird should be a turkey.

Both his parents, Jake and Jenny Turkey, now reside in Frying Pan Farm Park in Fairfax County, Virginia, where turkeys who were pardoned by the President go to live. Tom Turkey’s father was pardoned in 2015 and his mother in 2016 by President Obama.

Shortly thereafter, the Turkey parents gave birth to their first child, Hen. Although she wasn’t chosen to be pardoned, she came close to beating the record for the world’s largest turkey, only three pounds shy of the 86 pound bird from 1989. She fed 55 people that Thanksgiving.

From the time Tom Turkey was born, he dreamed of Thanksgiving. He attended school at National Turkey Federation to learn how to become the ideal meal. After finishing top of his class, he was offered what most turkeys dream of – to be pardoned and to go live out his days on the farm. He turned it down, however, saying that his dream was to be stuffed, roasted and served at a family feast.

He was honored to be one of the 46 million turkeys in America doing their service on Thanksgiving.

His dinner will be held Nov. 28 at roughly 2 p.m. In lieu of flowers, please bring side dishes or a dessert.