The Story Behind a Poem Tempts Readers to Memorize the Words 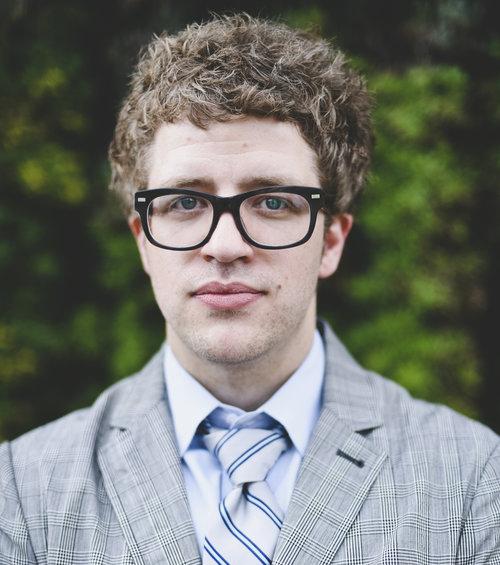 Dave Lucas is the author of Weather (VQR/Georgia, 2011), which received the 2012 Ohioana Book Award in Poetry. In 2018, he was appointed the second Poet Laureate of the State of Ohio. He lives in Cleveland. His work periodically appears in the Observer.

Forget the Pulitzers.  Forget the MacArthur grant, The New Yorker, and all the other laurels too.

The greatest honor for a poet—and for a poem—is to be known by heart, memorized and recited.

That phrase—by heart—is at least as old as Geoffrey Chaucer’s Troilus and Criseyde (ca. 1385), a part of English speech for more than 600 years: “She tolde eek al the prophesyes by herte” (V.1494).

When a poem is known by heart, it finds a home in someone’s memory, always ready to be called forth, spoken and heard anew.

To know by heart is to “to be able to repeat or write out correctly and without assistance what has been learnt” (OED).  In other words, as the heart itself beats: steady and constant within us, whatever our will.

As we were required to learn—in Francis Ryan’s medieval literature course at John Carroll University—the first 18 lines of the General Prologue to Chaucer’s Canterbury Tales.

Whole cohorts of us stressed over those lines, pacing out our own pilgrimages across the quad to recite, in Middle English:

And specially, from every shires ende

Of Engelond, to Caunterbury they wende,

The hooly blissful martir for to seke

That hem hath holpen whan that they were seeke.

Some students regarded the task a worthy challenge; others resented it as stubbornly archaic.  But few of us ever forgot those lines.

I even began to dream such a destiny for my own poems.

For a living poet to hear their poem recited in another person’s voice is to experience that poem, if only once, as its audience.

Similarly, the great dead poets are never more with us than when we recite their poems from memory.  It is not resurrection per se, but it does involve the body and the breath.

When you memorize a poem, you learn it with your body.  When you recite, the poem becomes sound moving through space and time, the work of the diaphragm and lungs, tongue and teeth.

The body is the instrument of poetry: all we need to experience a poem is a body that speaks, hears, or feels it.

So when we say by heart we mean with the whole body.  Or, as the poet Beth Ann Fennelly writes in her essay “My Hundred”: “the voice you’ve heard, I’ve heard.  The words you’ve spoken, I’ve spoken.  What lips your lips have kissed, my lips have kissed.”

This might seem at best a Zen riddle and at worst a Catch-22, but such is the paradox of what psychologists call “psychomotor learning.”

But try to tell someone how to shoot a basketball, or drive a car, or play the violin, and you will soon approach that border where language and logic bleed into motion and gesture.  You may find yourself acting out instead of explaining.

This is a different way to know a poem—not what it means but how it feels. Not the calculus of a jump shot’s parabola, but how to follow through.

Americans learned poetry this way for generations.  Before such rote memorization fell out of pedagogical favor, many school curricula included the poetry recitation.

In her book Songs of Ourselves: The Uses of Poetry in America, scholar Joan Shelley Rubin surveys this history:

The structure of the memorized exercise itself reinforced the virtues of diligence, hard work, and thoroughness. [. . . ] In addition, speaking a poem by heart promised to expand the student’s sensitivity to well-crafted language.

By midcentury, Modernism and the New Critical fetish for explication had rooted in the classroom; today’s focus on “critical thinking” continues to prioritize analysis over performance.  But even the subtlest interpretation of a poem is enriched by the muscle memory of chewing over someone else’s words in your own mouth.

The poetics of memory and performance survives and thrives in poetry slams, spoken word, and stage drama.  More recently, the Poetry Out Loud competition has honored students nationwide for outstanding recitations of poems.

Nevertheless, we still rely on the mnemonic qualities of language—rhyme, alliteration, rhythm and more—in formal education.  Ask anyone who learned the treble clef by repeating Every good boy does fine or the dubious spelling rule i before e except after c.

Even those of us who may claim not to know any poetry by heart can likely recite at least something from memory.

In 1835, Boston music publisher Charles Bradlee copyrighted an arrangement of the English alphabet to the tune of Mozart’s “Twinkle, Twinkle, Little Star.”

For almost 200 years Bradlee’s “The A. B. C.” has taught us our letters, and invited us to invite others with its final couplet: “Now I know my A B Cs, / next time won’t you sing with me?”

“The A.B.C” isn’t exactly “The Love Song of J. Alfred Prufrock,” but it does share one quality with great poetry.  Its final invitation to sing along crosses the bridge between the individual and a community.

Indeed, poetry’s role in establishing and maintaining our collective, cultural memories, keeps what many poets have called “the memory of the tribe.”

The speakers and listeners may have been the Ancient Greeks at whose hearths The Iliad and The Odyssey were shared, or enslaved Africans in the Americas, whose abductors could forbid them from learning to read and write, but could not prevent them from keeping songs and stories by heart.

That heart—the poem in our memory—continues to beat.  It keeps our collective pulse.  It commands our attention, compels us to listen, and invites us to join in the song.