Electric scooters are here to stay 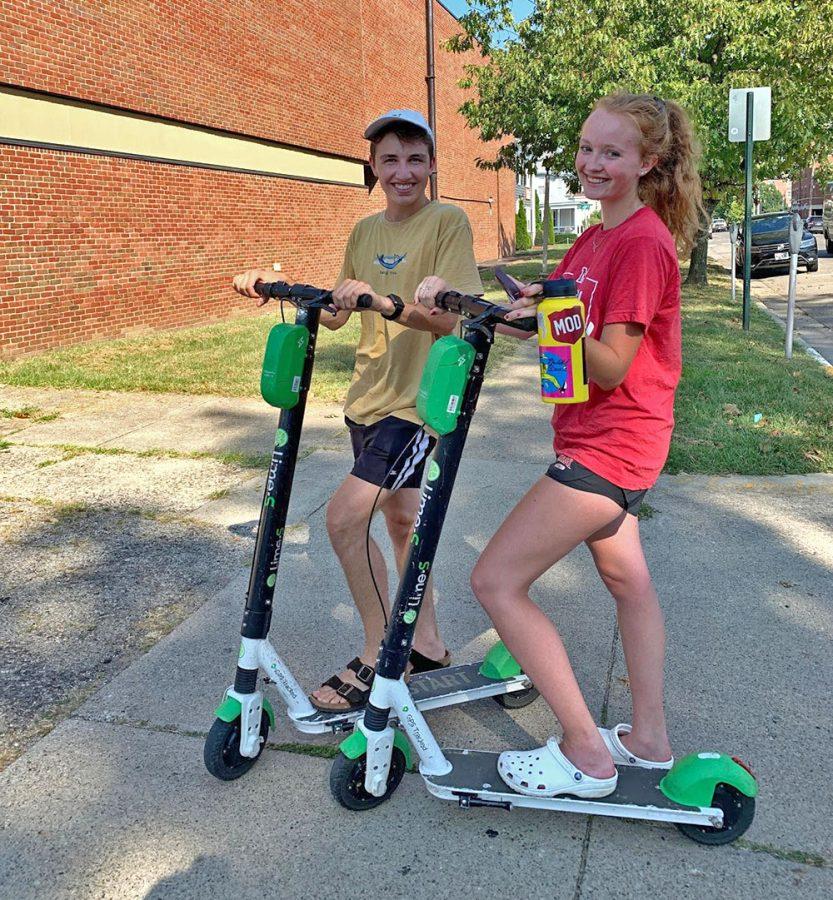 Miami students Sam Ross and Corbett Haase go out for a ride Uptown on e-scooters. Photo by Abby Jeffrey.

Those electric scooters that have been humming around Oxford as a pilot program for the past year are on their way to becoming a permanent part of the city’s street scene.

On Sept. 10, Oxford City Council passed a resolution authorizing the city manager to create a permanent program for the small electric vehicles.

The program is now called the Micro-Mobility Shared Transportation Program. The language for the program was written in a way that will quickly adjust to the ever-changing technological world. Oxford Economic Development Director Alan Kyger based the program on one already in place in Athens, Ohio.

Most information, rules and regulations that applied to the pilot program are the same in the permanent plan. E-scooters still need to be turned off by 9 p.m. and removed from the streets by 10 p.m. According to the new program, e-scooters can now be placed outside at 5 a.m. instead of 6 a.m.

Lime, the e-scooter and bike company now operating in Oxford, wanted its scooters turned on and available to ride 24 hours a day, Kyger said, but that wasn’t a feasible option for Oxford.

“Seventy-five percent of our population is students,” Kyger said. By turning them off at 9 p.m., the City of Oxford wanted to eliminate potential drunken accidents and keep students safe.

According to Kyger, residents may see riders out on scooters past 9 p.m. But that is because those riders signed up to be chargers, which grants them the ability to turn on a scooter and quickly move it to their home to charge overnight.

Miami University has different rules for e-scooters than Oxford, primarily because students don’t park them at bike racks. Instead, students leave them blocking sidewalks and doorways, or strewn on university lawns, which results in the university impounding the parked scooters.

While Miami has its problems with Lime, “Oxford is pleased with the scooter program,” said Kyger. Oxford wants riders to be mindful of other people when parking them.

Oxford’s main goal this year is sustainability, and electric scooters play an essential role in that goal.

“The carbon footprint of an e-scooter is substantially lower than a car,” said Kyger, “and the required parking for an automobile is much greater than an e-scooter.”

Sam Ross, a Miami freshman who lives far from Uptown, said he would be sad to see the scooters go.

“I would be so sad. They’re nice when you have to go Uptown or to the Rec from your dorms.”