Reporters break out of ‘Miami bubble’ to write about city 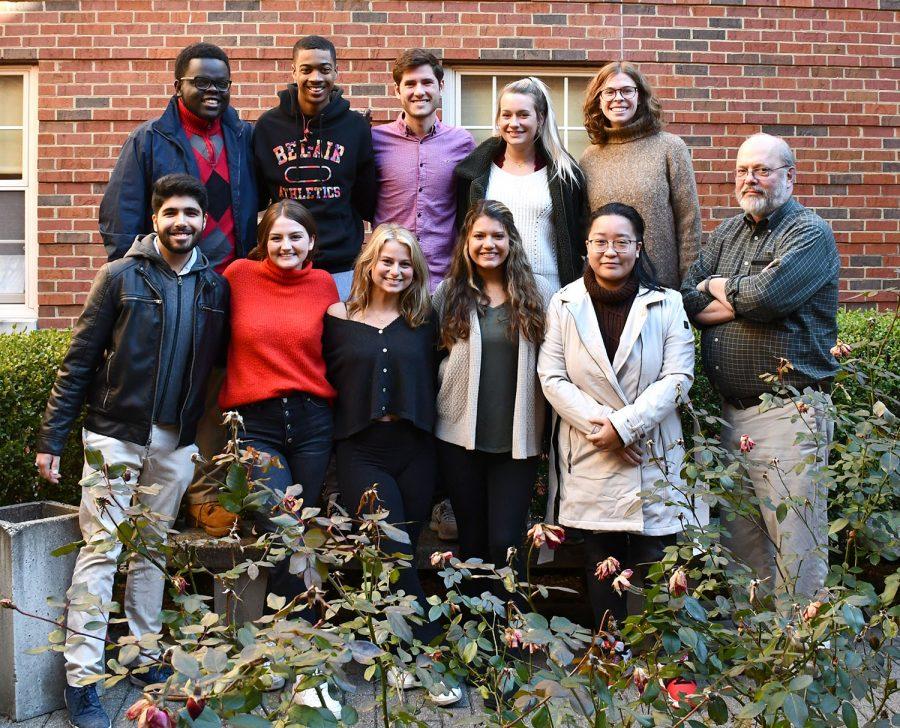 In this, the last edition of the year, it is time to say goodbye to the seniors who have been the reporters for the Oxford Observer since August.

A laboratory newspaper, the Observer is run by Miami University’s department of Media, Journalism & Film (MJF), and is a senior capstone class for journalism majors. The students in class come from Ohio to as far away as California, China and India, but for the past few months at least, Oxford has been their hometown. The students, as well as Professor David Wells – better known to readers as Editor David Wells –  spent time learning and making connections around Oxford, telling stories of community members and local businesses and organizations, making contacts in the Talawanda School District and talking regularly to members of  the Oxford Police Department and local government.

A new class will take over the Observer’s newsroom in January, but as the current class finishes its final edition, its members wanted to say goodbye to the readers, and let you know what we have learned about you and what our favorite stories have been. As we have been covering the holiday season in Oxford during the past few weeks, we also decided to include what each of us is looking forward to during this holiday break.

Meet senior Aaron Smith, a journalism and professional writing double major from Fairfield, Ohio. Covering business and education, Smith has been a consistent writer for the Observer since interning on the Observer’s 2019 summer staff. He also will for the Observer’s J-Term editions during January. 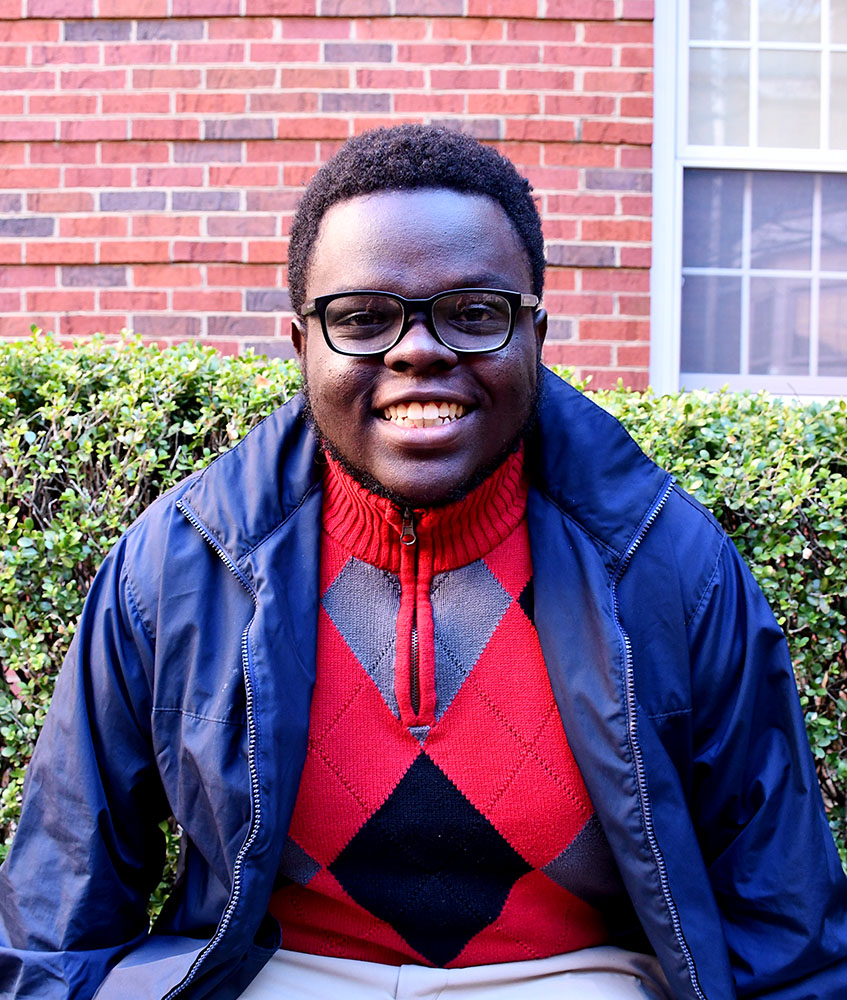 “Every year my Mom and I always go buy a Christmas tree at Home Depot and put it up together,” said Smith. “I have taken away a lot of valuable experience in the journalism field. And, I’ve also been able to get more involved with the community and not just Miami University.”

Smith covered this fall’s elections to the Talawanda Board of Education and difficulties faced by local farmers, among many other stories. “It’s been a great semester and experience covering things for the Oxford Observer,” he said.

Senior Josiah Collins, from Los Angeles, California, a journalism and sports leadership and management (SLAM) double major, covered education and politics throughout the semester. He also wrote for the Observer during the spring of 2019. 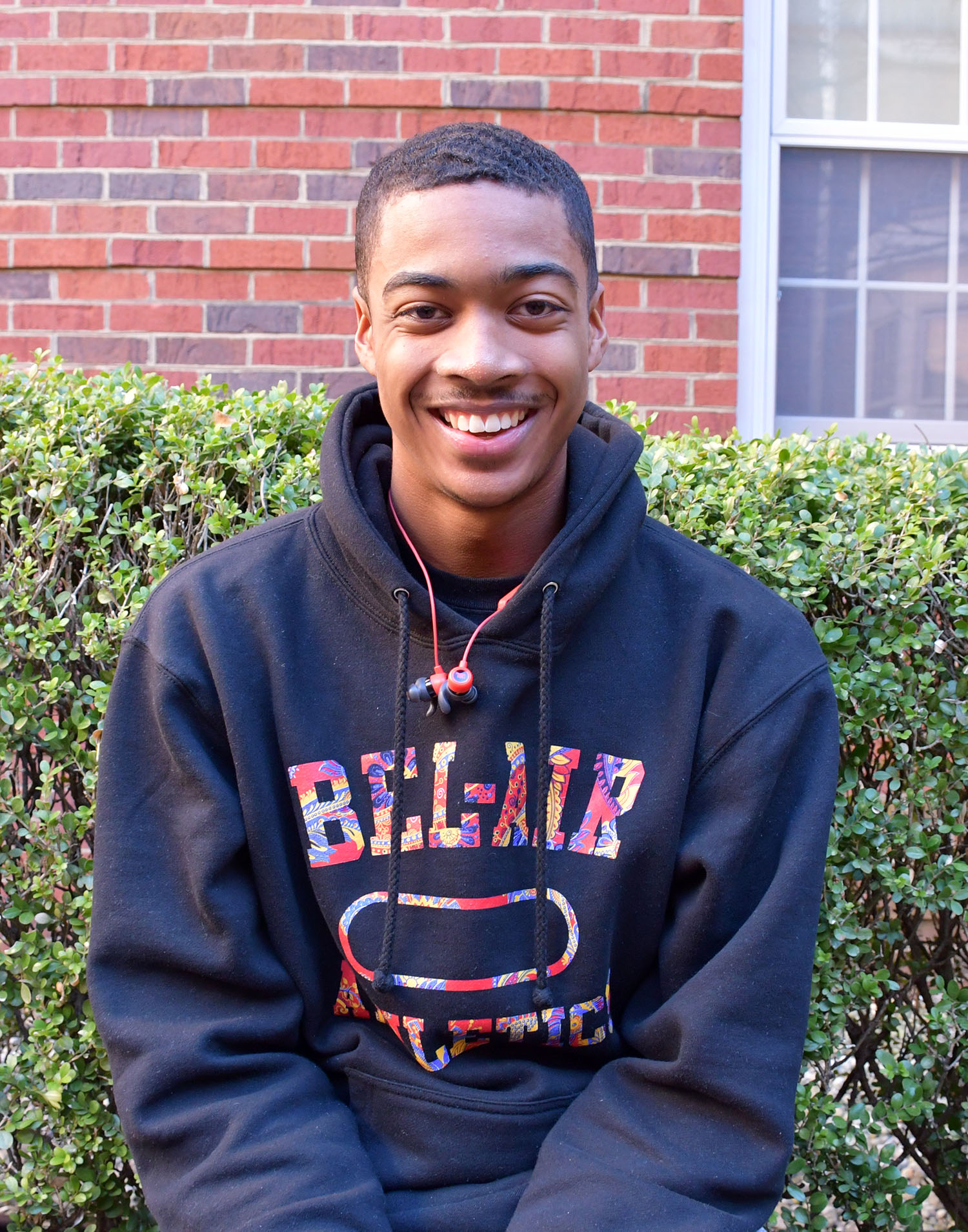 His favorite holiday tradition? “Putting up the Christmas Tree with my family the day after Thanksgiving,” Collins said.

His favorite article for the Observer was his story on how much teachers spend out of their own pockets to provide things for their classes.

His favorite part of writing for the Observer? “I’ve gotten to work in a fast-paced environment that is very similar to things I would have to do in a real job in journalism,” said Collins. “I love the Observer staff, and it’s been a great semester that we’ve made it through together!” 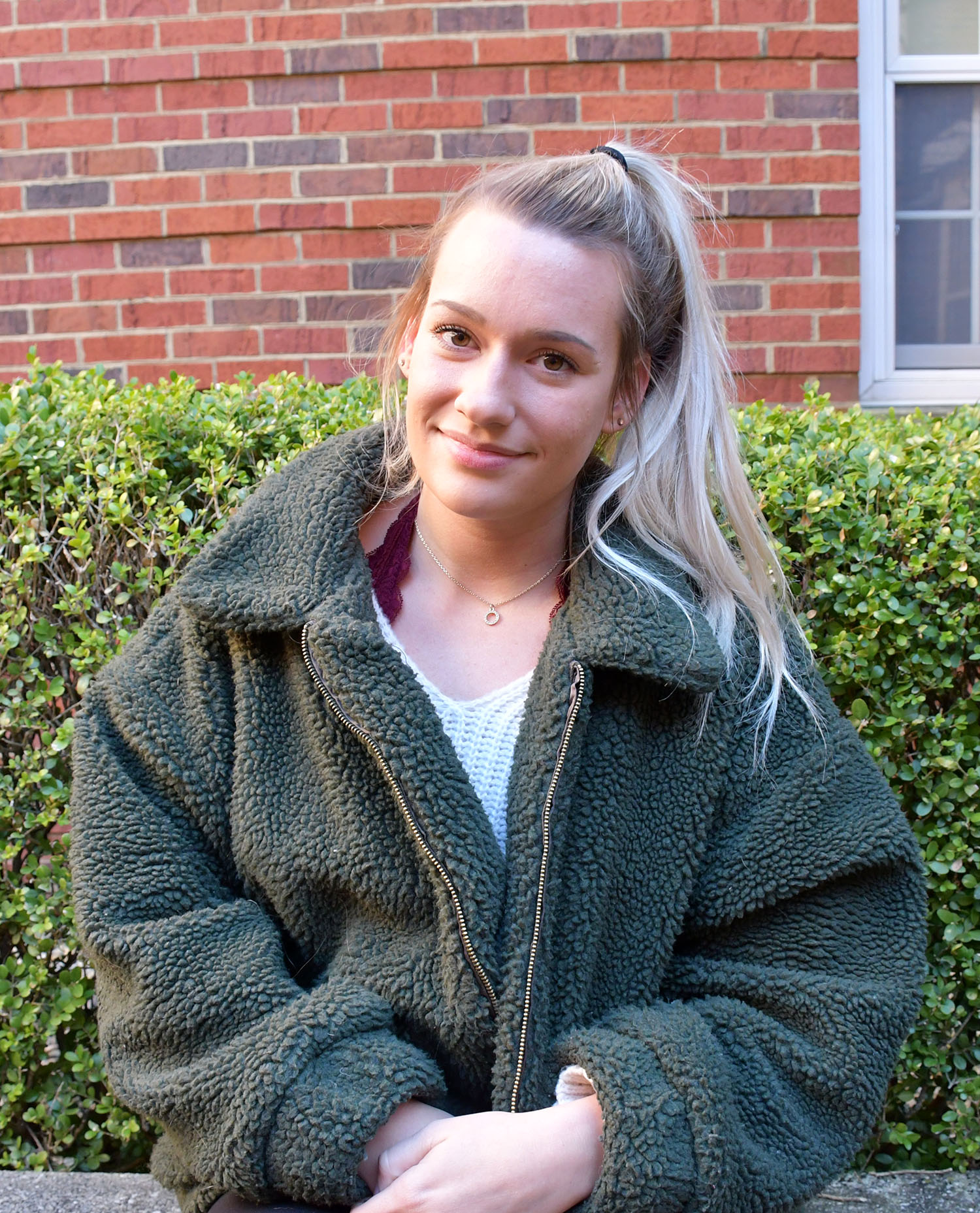 Her favorite holiday tradition is visiting a Christmas tree plantation every year, and cutting down the tree with her family. Her favorite article was “Assistance programs help students achieve at school,” covering programs that Talawanda schools have put in place to help their students succeed.

“I’ve learned so much about what Oxford is actually like,” said Shassere. “This gave me the opportunity to get out into the community outside of the Miami bubble.” 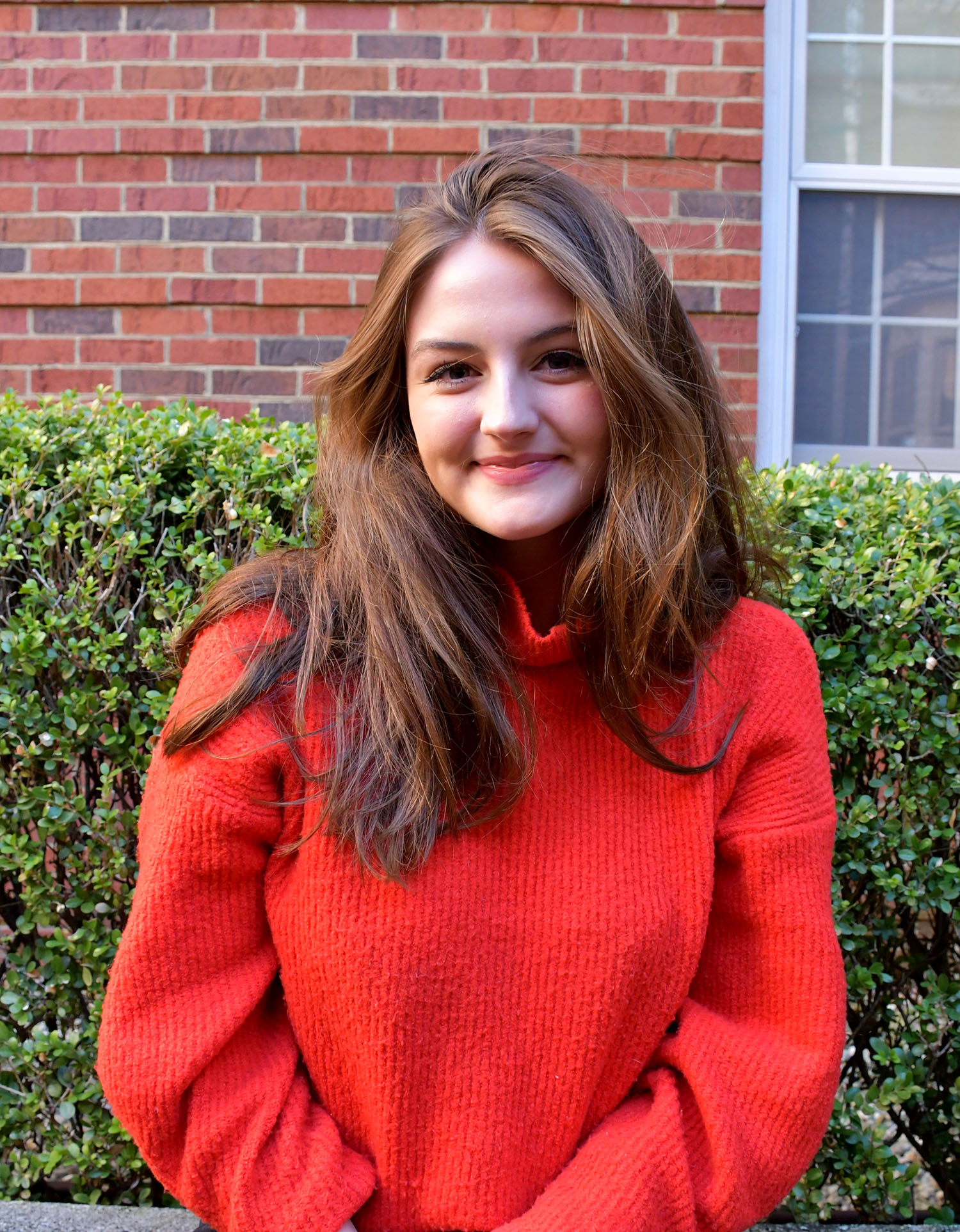 “Every year my sister and I go to Maine to celebrate Christmas with my Dad. The three of us go on a Christmas early morning hike right after breakfast,” said Jeffrey.

As far as writing for the Observer goes, “I’ve learned so much about what makes the Oxford community so special and discovered what it’s like outside of Miami’s bubble.” 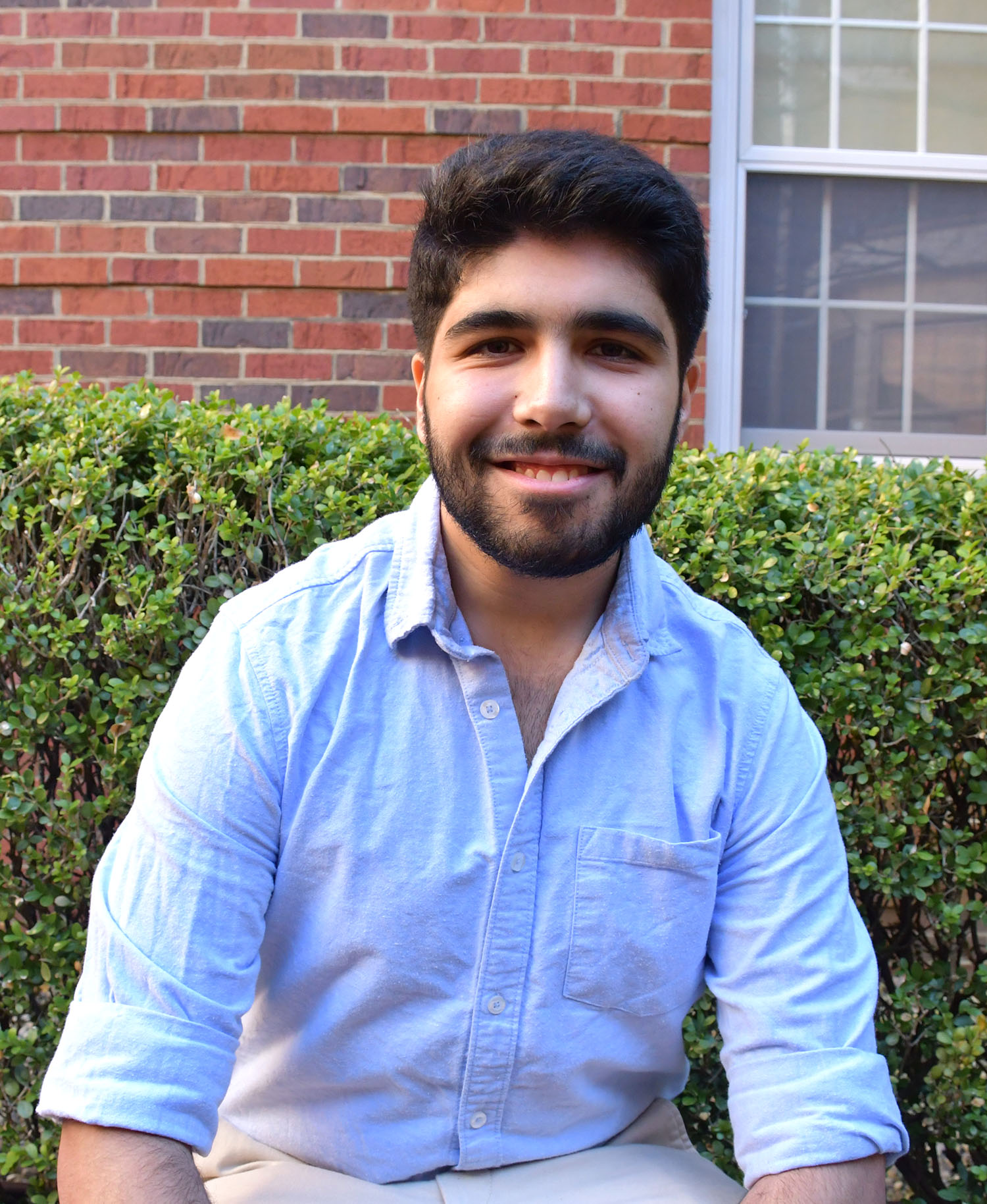 You may have seen Kohina’s informative (and personal favorite) story about the $4.5 million federal grant  “that will take Oxford one step closer to having passenger train and bus connections to the outside world.”

Kohina’s favorite part of the Observer? “The ability to work on different beats, which helped me become more flexible as a writer. It’s been great serving the City of Oxford. Thanks for reading!”

If you’re a lover of the arts, you’ve probably enjoyed senior Marla Chavez Garcia’s articles. A journalism and international studies major from Cincinnati, Chavez’s favorite story is the one she wrote about Miami University’s missing painting. 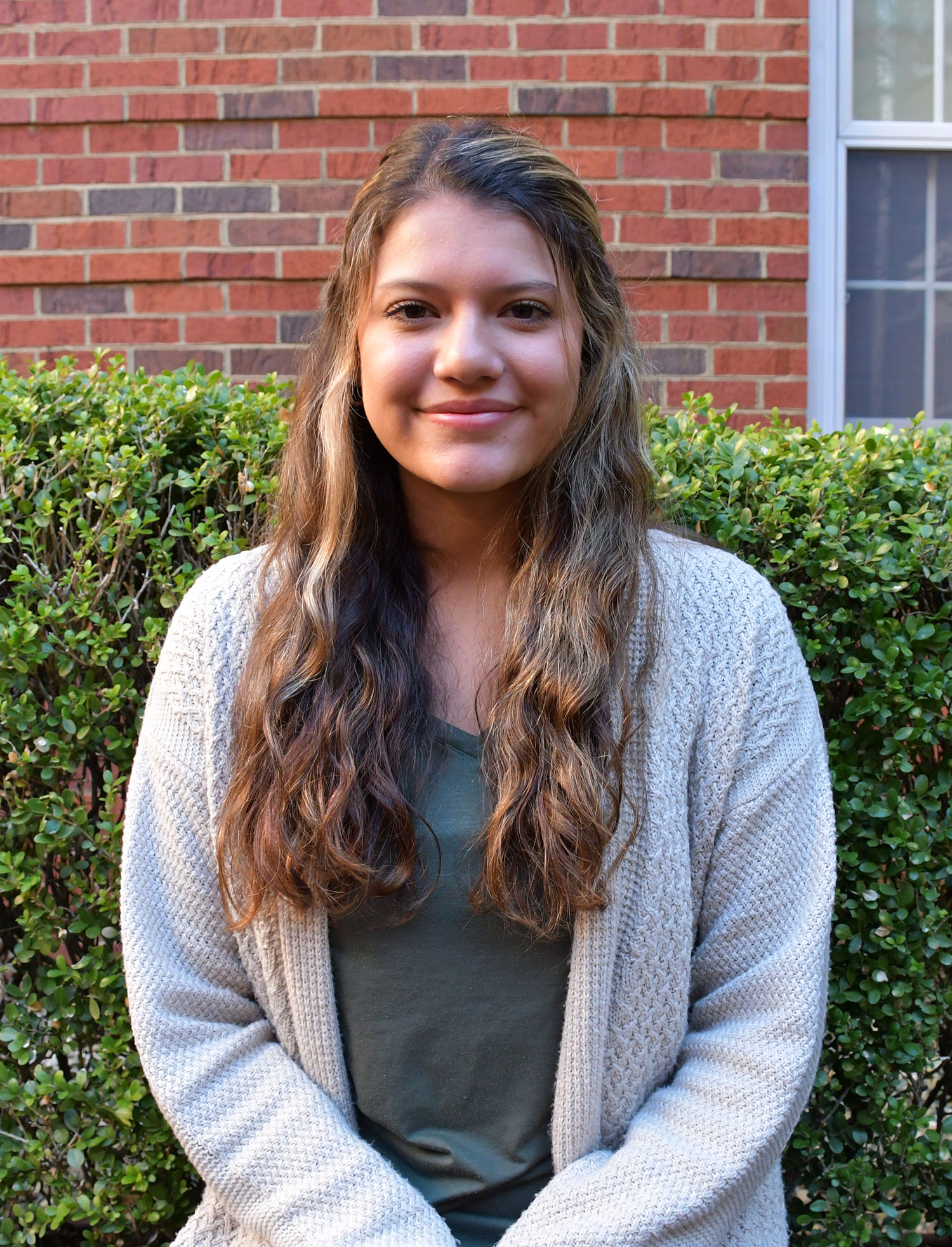 Her favorite holiday tradition is opening Christmas gifts. And as far as her favorite part of the Observer?

“It has helped me understand everything that goes on in the town of Oxford,” said Chavez Garcia. “And, just how much of a tight-knit community it is. Thank you to the city of Oxford for being so welcoming to young journalists! Happy Holidays.”

One of the entire staff’s favorite stories was the mock Turkey obituary, written by senior Mallory Hackett. From Delaware, Ohio, Hackett is a journalism and public health major who covered the Oxford Observer’s health beat this semester. 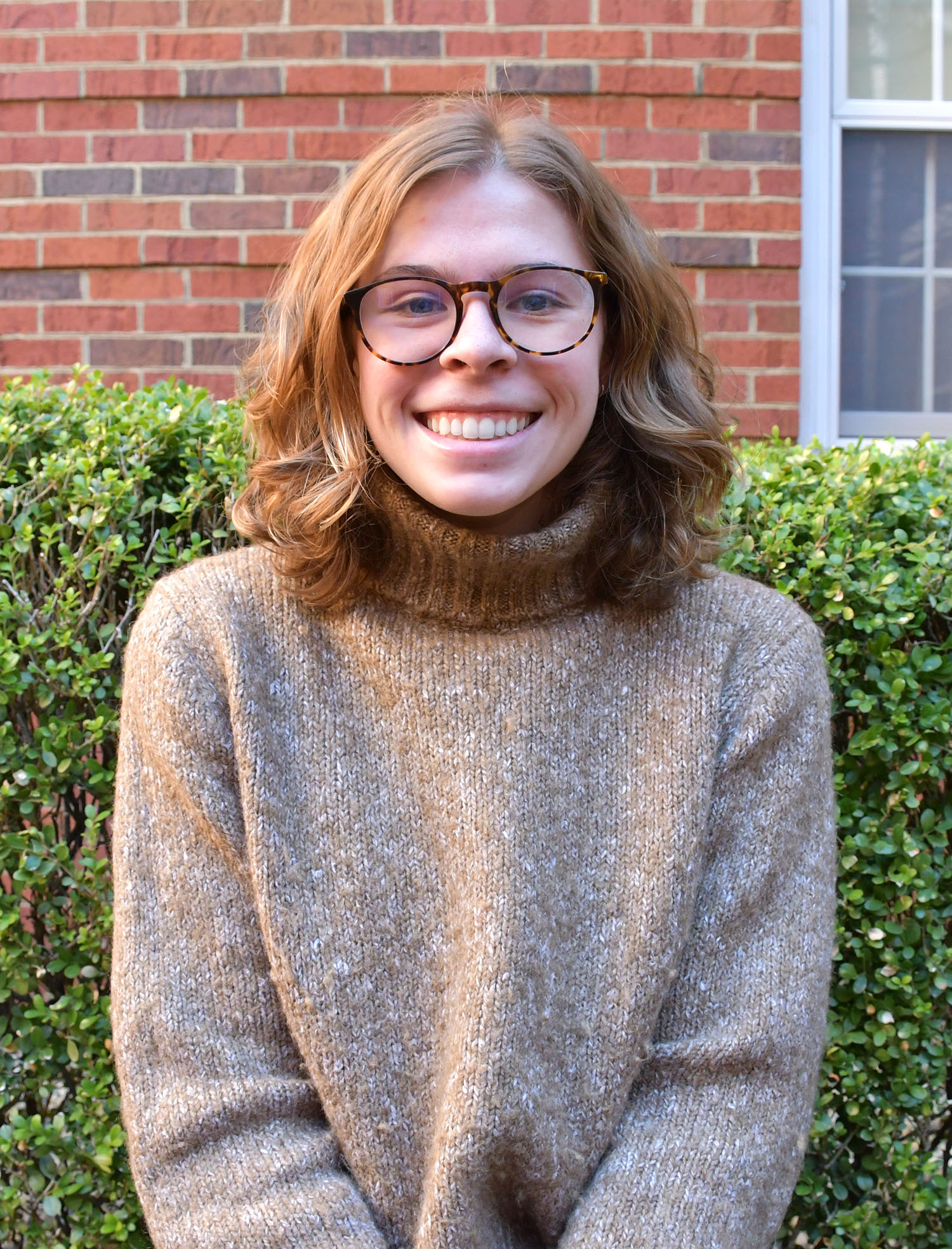 When asked what her favorite article to write was, Hackett said: “The turkey obituary! Duh!” If you missed it, the story was not just a hilarious mock-obituary for a turkey on Thanksgiving, but it also gave informative history and data on all turkeys bought for Thanksgiving.

“The Oxford Observer has made me feel like a real member of the Oxford community, and not just a Miami student,” said Hackett, who also covered health issues. “Thank you everyone for your support!”

The only junior in the Oxford Observer class, is Yumeng Shen. A journalism and interactive media studies double major, Shen is from Nanchang, China. 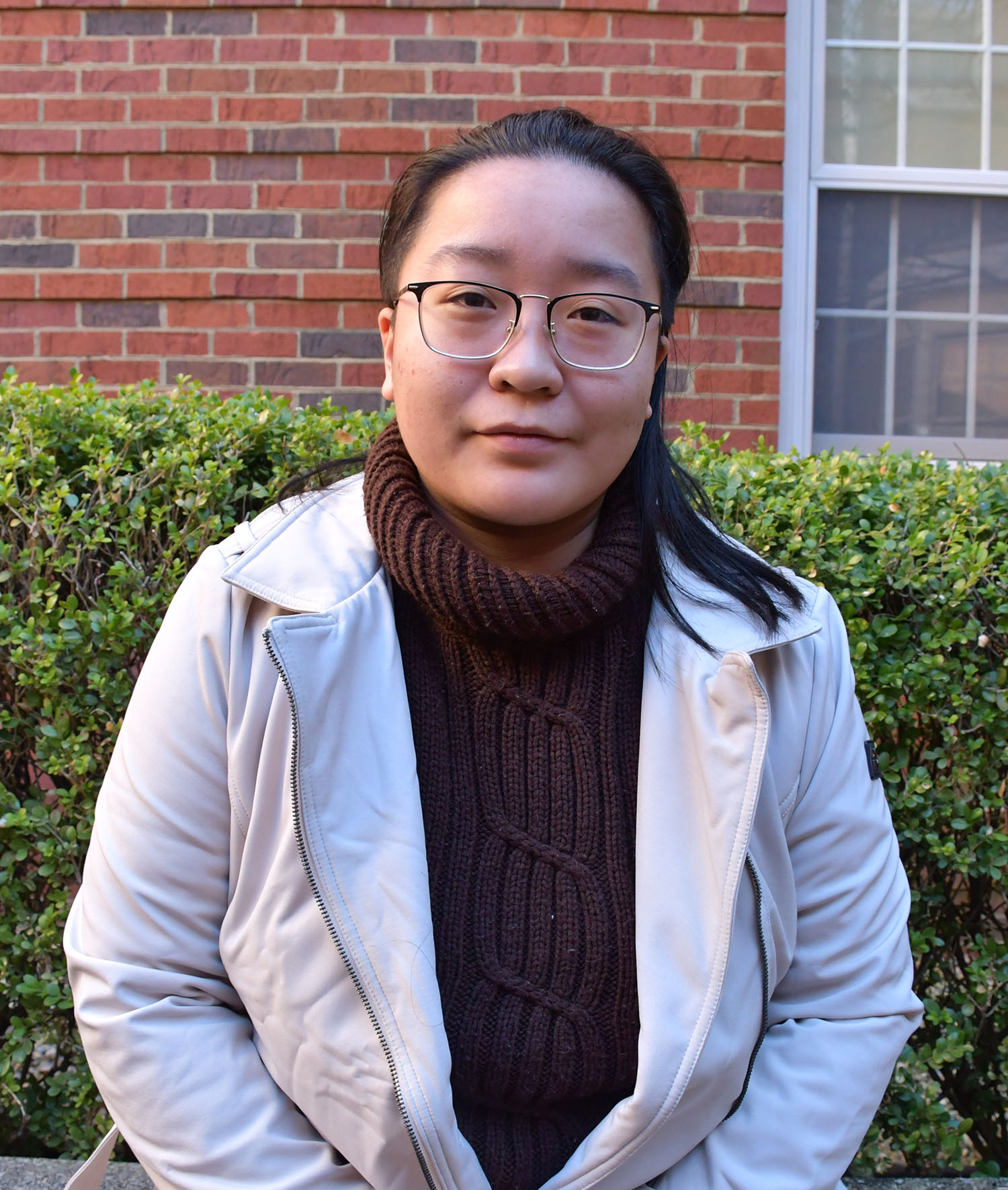 Covering the transportation, arts, recreation  and related activities for the Observer, Shen’s favorite article was her story on the Miami Rec Center celebrating its 25th anniversary as a community institution..

Her favorite holiday tradition is her family reunion dinner in Nanchang, with all of her family for China’s New Year.

“Thanks everyone for the support this semester,” said Shen.

Senior Peyton Gigante, a creative writing and journalism double major from Noblesville, Indiana, covered the Oxford Lane Library and the Oxford Police Department. She was also a writer during the Observer’s start in August of 2018, also covering the OPD. 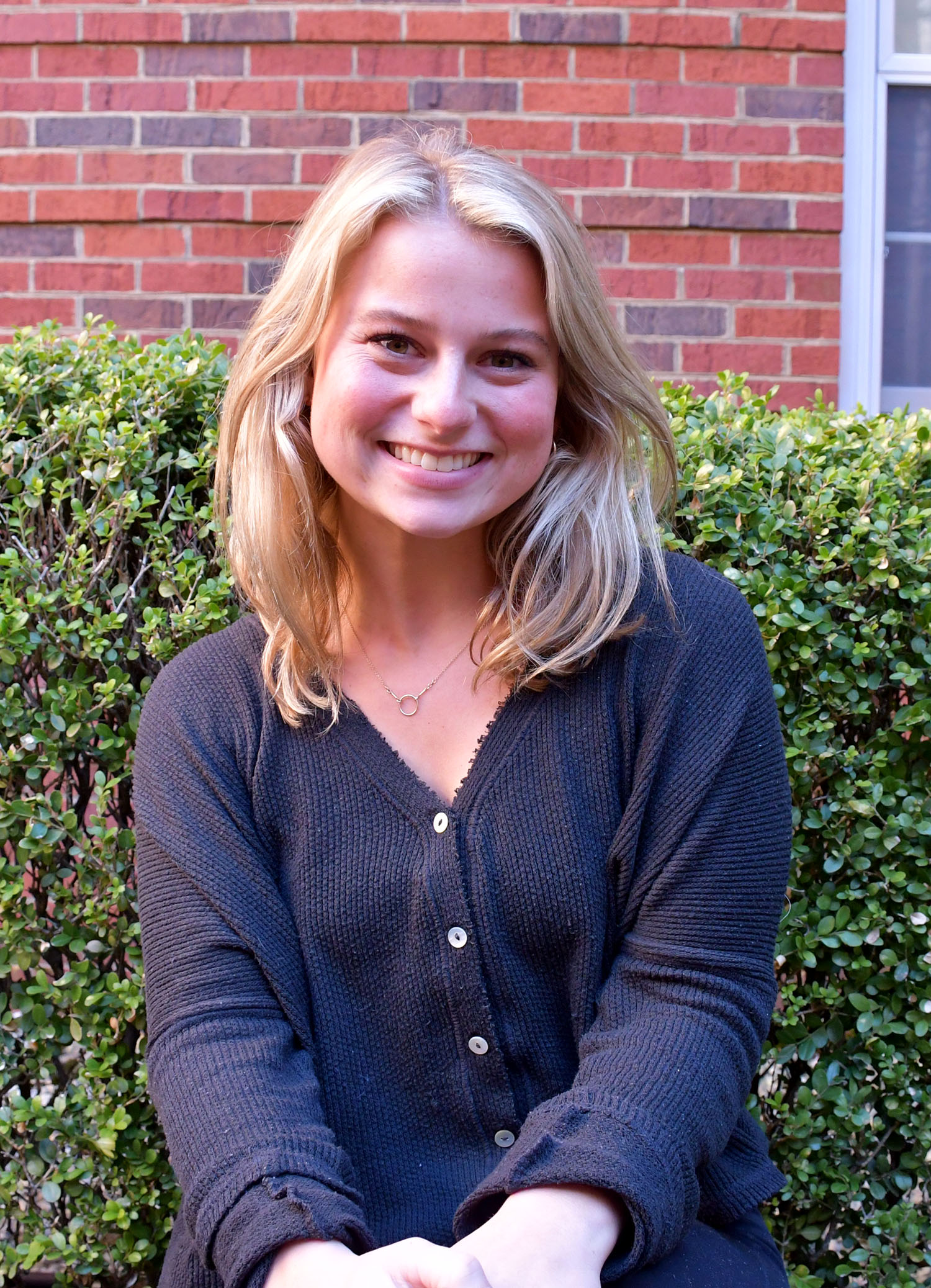 “My favorite holiday tradition is putting the ornaments on the tree with my little brother and sister (though I usually do all the work),” said Gigante. “And also opening up Christmas presents with my family in the morning. Also, my birthday on the 29th.”

Her favorite article is one from her junior year in 2018, about two female students climbing the roof of the then under-renovation Oxford Police Department, just to take selfies. She also loved getting to work with the Oxford Lane Library.

“Thank you to Oxford for becoming a home away from home, and being so welcoming to college journalists and for the supportive readers,” said Gigante. “Getting to work with the Observer, and learning so much, has been one of my favorite parts of my college career at Miami!”

And lastly, if you were keeping up with the Miami Football team and sports around Oxford, you were definitely reading senior Massillon Myers’ frequent reports. A Columbus native and journalism and SLAM double major, his favorite articles are his features on Miami football players, Brett Gabbert and Sam Sloman. 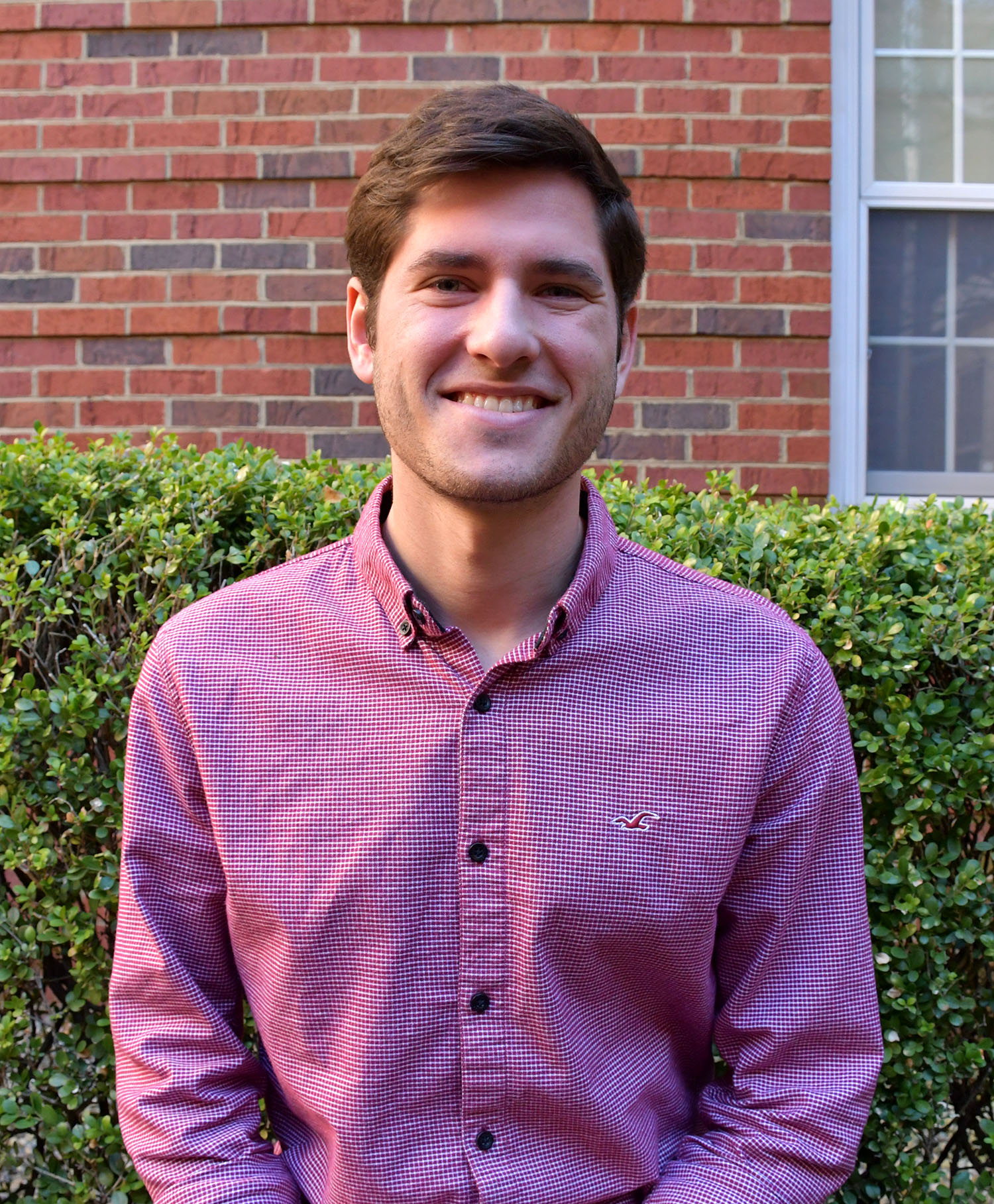 His favorite part of writing for the Observer? “I’ve learned a lot as a journalist by covering Sam Sloman and Brett Gabbert, who had great seasons for the RedHawks football team. I also covered Hope Solo who spoke at Miami, about the fight for inequality and the Talawanda football team who had a turnaround season.”

Myers loves watching “Elf” every year with his family on Christmas Eve.

“Thanks for following along this semester!” Said Myers. “It’s been fun covering the city of Oxford.”