The Deep History of Poetic Rhythm 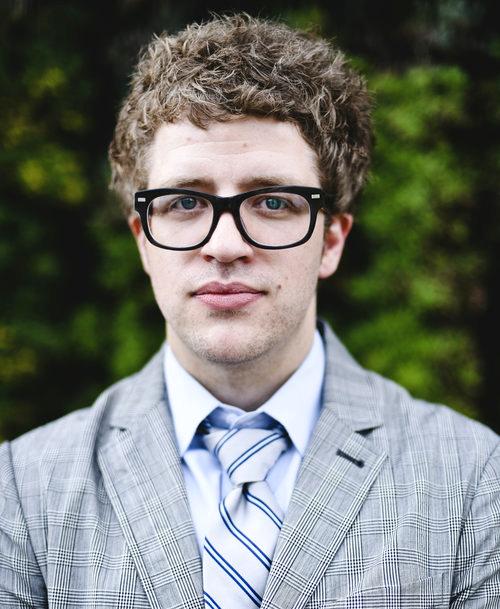 Relax.  This is not a column about iambic pentameter.

This is a column about the secret history of the English language.

Even if you know pentameter only as the meter you were supposed to know for your English class, you may have been hearing it—or speaking it—all along.

Poets, on the other hand, love to count: syllables, stresses, grievances.  The term meter describes the patterns we observe in poetry.  Some poetries track syllables, others stresses (or accents).  Some, like Modern English, count both.

We measure meter in poetic feet.  An iamb—that ba-bump rhythm—is the most common foot in English.  The names Michelle and Jamal, the words about and obey are all iambs.

The term iambic pentameter then describes a line of five consecutive iambs.  As in: “The woods decay, the woods decay and fall.”

So far so good.  But so what?  Why pentameter in the first place?  Why this pattern and not another?

That story begins more than a thousand years ago, in an English we cannot recognize today—the Old English (Anglo Saxon) of Beowulf and The Sea-farer.

This language, like the political and cultural fortunes of the island itself, changed forever with the Norman invasion of 1066.  William, Duke of Normandy’s conquest of England was also a conquest of English.

The Normans eliminated and undermined English almost everywhere, writes historian Robert Tombs, in favor of Latin (for official written matters) and their native French (for conversation among the new elites).

The three languages coexisted in tension among provincial common “folk.”  But the French and Latin influence eventually changed English into something the Anglo Saxons would not have recognized.

This linguistic hierarchy still persists in English, Stephen Cushman taught us at the University of Virginia.  Francophone and Latinate words—converse and dissertate—seem more sophisticated than Anglo Saxon—talk.

By the fourteenth century, when the poet and diplomat Geoffrey Chaucer served at court, French had waned amidst ongoing wars between the nations.  But its influence remained, especially in the forms of the new “Middle English” poetry.

The droghte of March hath perced to the roote

And bathed every veyne in swich licour,

Chaucer’s Middle English is not yet ours—but his language makes ours possible.

Over the next five hundred years, iambic pentameter became all but the official meter of English poetry.

Maybe you’ve also noticed the abundance of dead white male poets in this history.  So have I.  And that fact highlights another, more troubling element of the history of pentameter and English—another function of conquest, colonization, and subjugation.

No wonder then that the Black Arts Movement and others have regarded iambic pentameter as, in the words of Audre Lorde, one of the “master’s tools [that] will never dismantle the master’s house.”

For the poet Marilyn Nelson, however, those tools may yet build something new.  “I know, I know,” she writes in her essay “Owning the Masters”: “The tradition is the oppressor,” acknowledging the Black Arts purview.  “Yet the once enslaved are heirs to the masters, too” (12).

Nelson sees the poet Phillis Wheatley as an exemplar.  Born in West Africa around 1753 and enslaved before the age of ten, Wheatley nevertheless learned to read and write, and demonstrated her talent in the iambic pentameter of the American “masters.”

In one poem, Wheatley celebrates the independence of the new United States as an analogue for her own emancipation from slavery: “No longer shalt thou dread the iron chain, / Which wanton Tyranny with lawless hand / Had made, and with it meant t’ enslave the land.”

Nelson observes the irony that Wheatley found her voice in a language and tradition forced upon her: “The Wheatleys ‘owned’ Phillis, but the Wheatley name lives now only because Phillis owns it” (12).  Nelson urges young poets of color to claim the whole English tradition as theirs, to “own the masters, all of them (16)”.

Meanwhile, that old four-stress line of the Anglo Saxons did not disappear.  Instead, it evolved into the meter of English folk poetry.

Those who could not read or write could still sing, pray, and riddle in four-stress “ballad meter.”  And poets who, like William Wordsworth, hoped to adopt “the real language of men” often chose that rhythm for their own lyrics.

Today, that structure survives in blues and bluegrass, rock and roll and hip hop.  If iambic pentameter is the meter you’re supposed to learn, the ballad is likely the rhythm you already know.

These meters and rhythms live in the rhythm of the breath, the heartbeat, the tapping toes of the impatient.  They wait for those who know that to start again always means putting one foot in front of another.

Dave Lucas is the author of Weather (VQR/Georgia, 2011), which received the 2012 Ohioana Book Award in Poetry. In 2018 he was appointed the second Poet Laureate of the State of Ohio. He lives in Cleveland. His work periodically appears in the Observer.