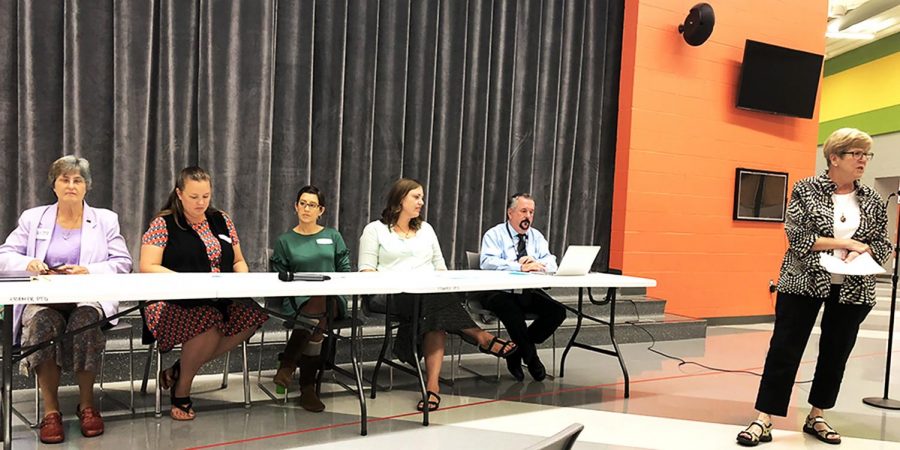 The forum, titled “The Politics of Public Education in Ohio,” was organized by Matt Lykins, a Talawanda High School English teacher, and included other teachers, Talawanda’s new superintendent, Ed Theroux, and a state school board candidate.

The district was assigned a “B” grade when the report cards were issued this week. Of the 608 Ohio public school districts ranked in 2017-18, 31.4 percent earned a “B” rating, according to state reports. The assessment covers a wide range of data, including student standardized test scores, graduation rates, and readiness for college and careers.

Most of the Talawanda district’s individual category rankings are “C” and above, Theroux explained Wednesday night, but the district does have an “F” in the “Prepared for Success” category. This “F” is because, unlike other schools, Talawanda does not place requirements on students who want to enter Advanced Placement classes, he said.

“I am not saying that we don’t have work to do at Talawanda,” Theroux said. “We absolutely do. We will continue to work and analyze how students are progressing … but these tests measured how rich and how westernized you are, in my opinion.”

Discussion was facilitated by Kathleen Knight Abowitz of the Talawanda Community Advocacy for Public Education, which sponsored the event with the Oxford League of Women Voters and Talawanda Educators’ Association.

Abowitz kicked off the forum by asking the panelists to share their experiences with how state and federal education policies and testing demands shape the dynamics of their classrooms.

“I am increasingly grateful to be a part of Talawanda,” said Stephanie Pearson, a third-grade teacher at Kramer Elementary. “Because I do think we have a culture that supports teachers. We really put an emphasis on innovation, and finding ways to make students feel successful and love education, but while doing that, we are mindful that we are being held accountable to state test scores.”

The state of Ohio requires students to be tested in English language arts and mathematics in grades three through eight, and tested in science in grades five and eight.

To graduate, high schoolers must collect a total of 18 graduation points over seven end-of-course state tests in subjects like Algebra, Geometry, Biology, American History and Government and English.

Pearson said because of the online formatting, some questions students are presented with require them to scroll down to see choice “D” or to view the second part of the reading. This could hinder students’ ability to answer accurately, she explained.

Betsy Walker, the parent of two children at Kramer, wanted advice on how to help kids weather such testing.

“As we are talking about the high-stakes testing, how do you … explain to these kids, ‘Yes, this is important, but it is also not earth-shattering?” Walker asked. 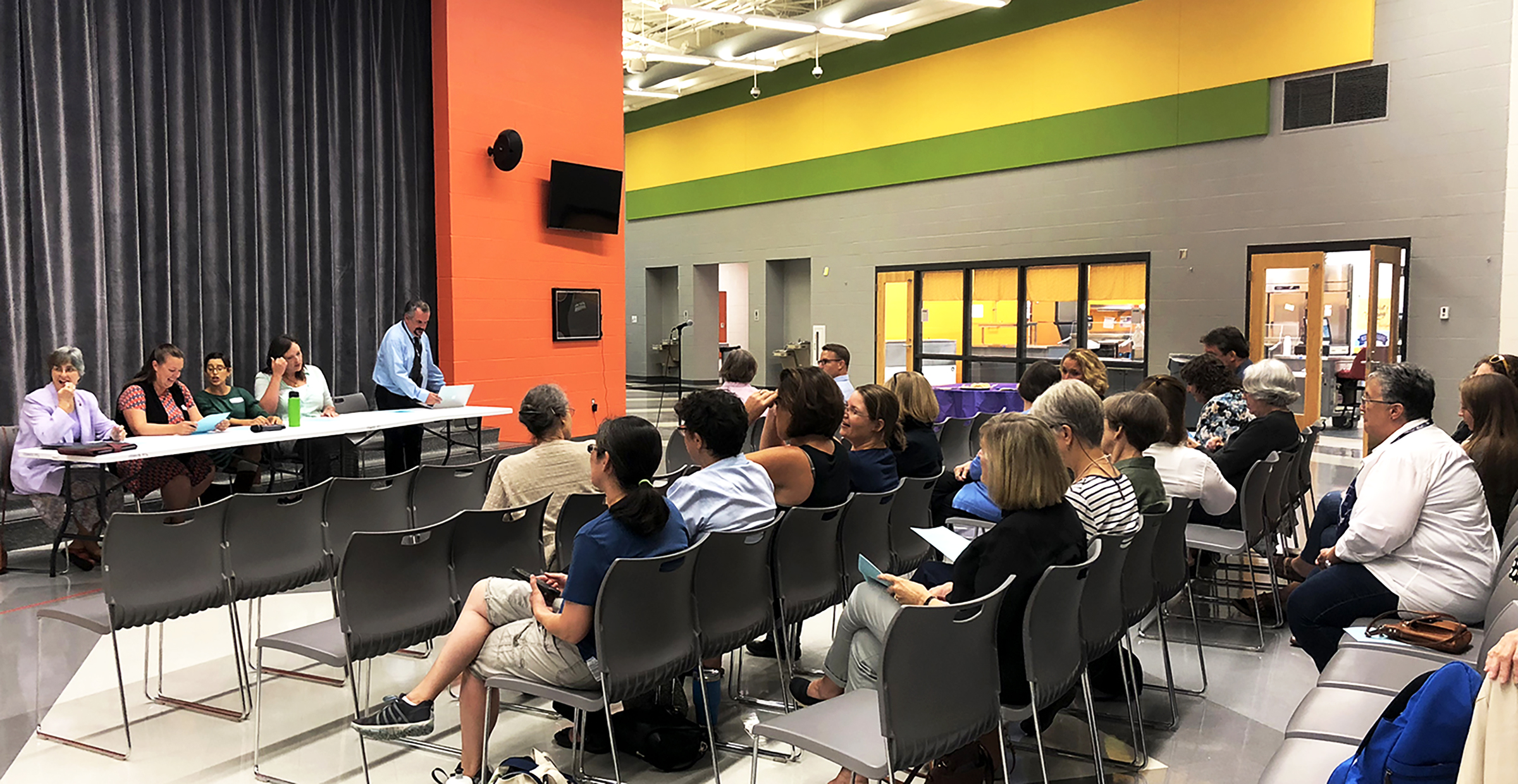 Panelist Jenny George, a special education teacher at Talawanda Middle School, responded, “[Doing well on the test] is so important, and you stress it as a teacher, and I stress it to my own children. But I also say, ‘Try your best. It means a lot for your teacher, but not a lot for you.’”

George added that there is an extra layer of demand put on special education teachers like her to meet these testing standards. It takes George 80 hours over a two-month period to complete her required one-on-one state testing with students who are diapered, or have autism, traumatic brain injuries or Down Syndrome, for example.

The results of the rigorous testing don’t even count toward George’s own evaluations and don’t show her much about her students’ cognitive levels, she said. But if she doesn’t administer the tests, the school and the district are penalized.