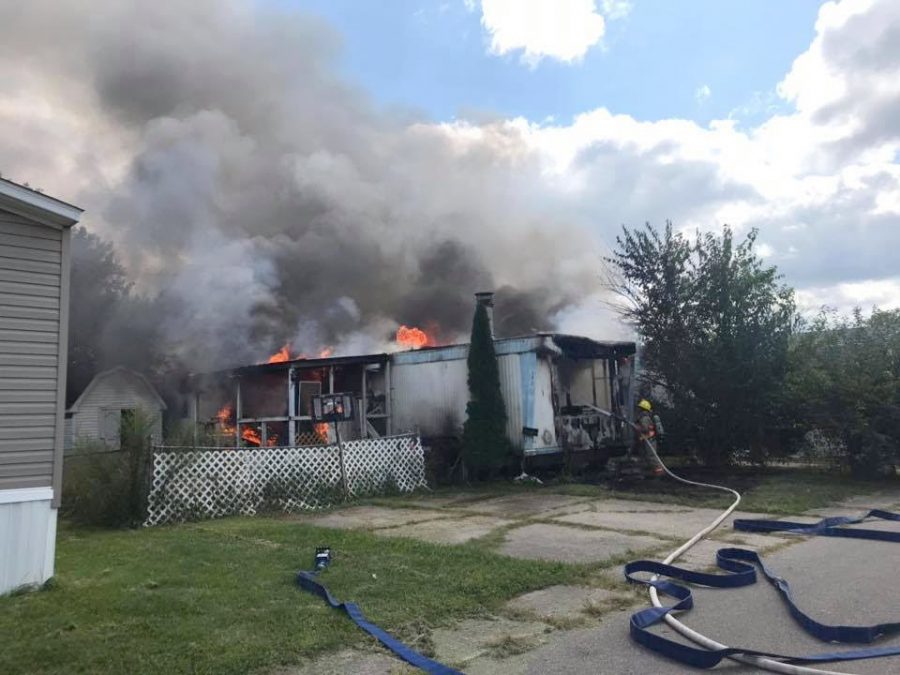 Oxford police and firefighters responded to a mobile home fire that police suspect was arson, on Sept. 7. Photo courtesy of the Oxford Police Department

Police said they believe a fire at the Miami Mobile Home Park Saturday was caused by arson. The fire destroyed the empty trailer home at 5201 College Corner Pike about 2 p.m, Saturday, Sept. 7.

The Oxford Fire Department responded to the scene and quickly extinguished the blaze after a neighbor called 911. However, the trailer was gutted, police said.

Oxford Police Lt. Lara Fening said witnesses reported seeing three juveniles running from the trailer shortly before the fire was spotted. The juveniles have been identified and the case remains under investigation, Fening said.

“The trailer was vacant, so no one was injured,” Fening said. “I thought the fire department did a great job of getting the fire under control as quickly as they could. I think that the investigation will be resolved soon.”