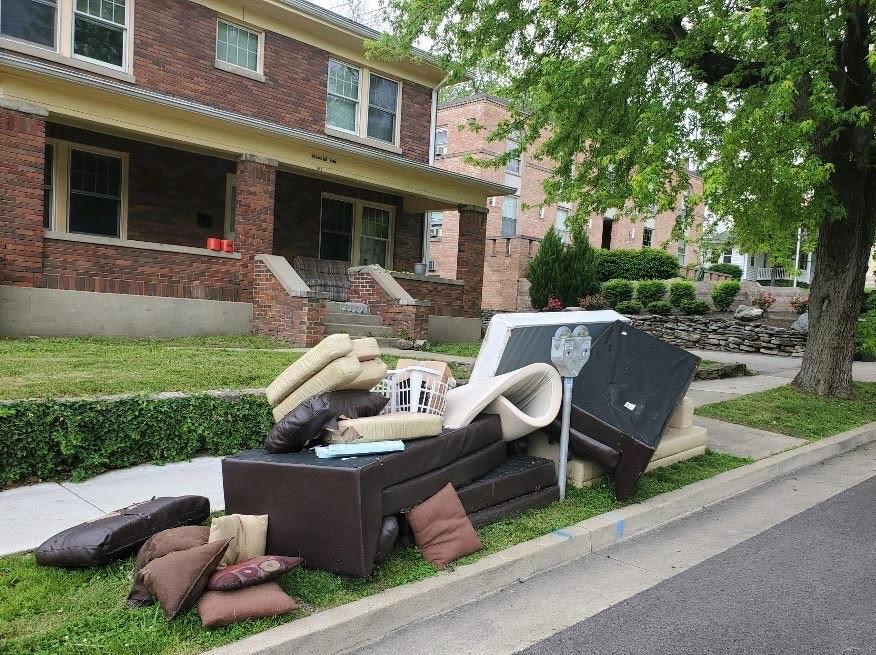 When students cleaned out their Oxford apartments at the end of spring semester, they left a lot behind, much of which was piled along the curbs and sidewalks in the Mile Square.

The mess was a key topic of discussion at Oxford’s Student/Community Relations Commission virtual meeting May 22. Much of the refuse was attributed to the cancellation of ShareFest, an annual collection in which volunteers gather the old furniture and household items students no longer want and redistribute them through a group of local charities.

Fifteen years ago, Carol Michael began ShareFest when she was stressed about the sofas and mattresses left behind in the trash. She began organizing people around town to collect discarded items. Andrew Wilson, who represents the city manager on the commission, began working with Michael to involve organizations like Goodwill and Big Brothers/Big Sisters.

Last year ShareFest collected 109 tons of furniture, clothing, canned goods and other items left behind by the students at the end of spring semester, according to an annual report the organization made to Oxford City Council. The amount collected had increased in each of the 15 years the event had been in operation.

But this year, COVID-19 restrictions canceled ShareFest. It appears that many of the departing students either didn’t get that message or did not make other arrangements for their discards. Many of the students in off-campus housing had left town when the campus shut down in mid-March, but returned last week to vacate their apartments. 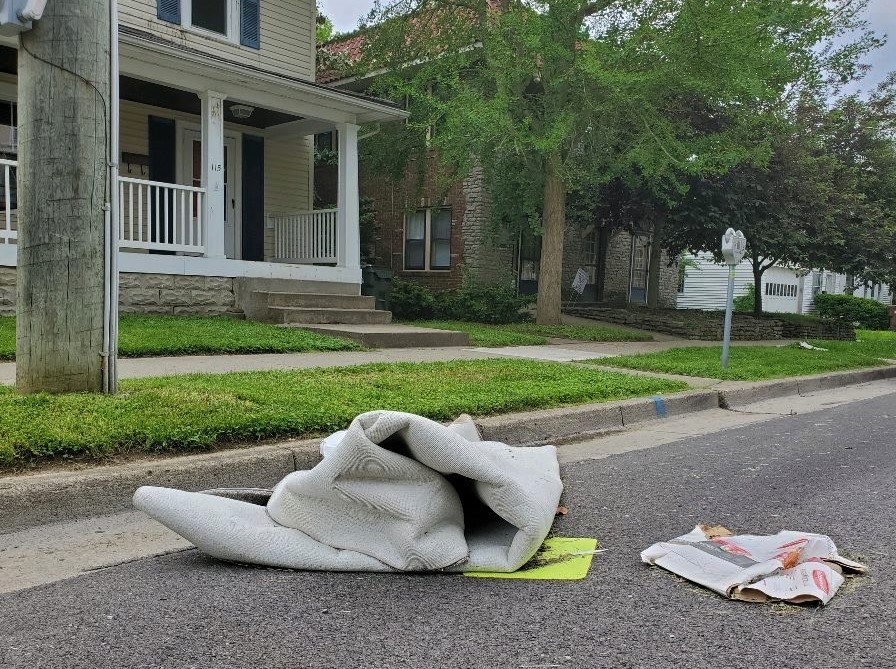 A rug in the gutter of East Walnut Street was part of the mess left by departing students. Photo by Blake Boyd

Prue Dana, a longtime Oxford resident and member of the Student/Community Relations Commission, said she believed that the mess left behind by students would not have been as bad if ShareFest would have happened.

“Because we did not have it this year, we realize it is more important than ever to do so,” said Dana, who lives in the Mile Square.

David Prytherch, a member of Oxford City Council, echoed that sentiment. On Facebook, Prytherch posted a similar stance. Prytherch wrote in a Facebook post, “Normally ShareFest diverts a lot, but this year our curbs and rain clouds are both overflowing. Oxford owes it to these guys (Rumpke)  — and the environment — to do better.”

While some blame only the students for the mess, Dana said she believes that the students did a great job of neatly piling up their belongings. When students first moved out, unwanted belongings were placed neatly on the side of the road for Rumpke Waste Removal to dispose of. But independent pickers and scavengers came along and rooted through the piles, leaving them in a mess. And then it rained.

Megan Hess, a Miami student and member of the commission, who attended the meeting online, said she was embarrassed by the mess left behind. “It’s sad to see that sometimes the most disrespectful students are the most visible… I wanted to express that on behalf of the students.”

The City of Oxford is more than willing to work with the landlords to get the trash cleaned up, said Wilson. No matter who’s to blame for the trash left all over Oxford, Wilson said city manager Doug Elliott would like to revisit the issue of move-out litter in late winter or early spring, to reevaluate how students should be moving out.

The one thing everyone agrees on is that ShareFest is extremely important and needs to come back next year.