Students speak up about racial issues at Miami 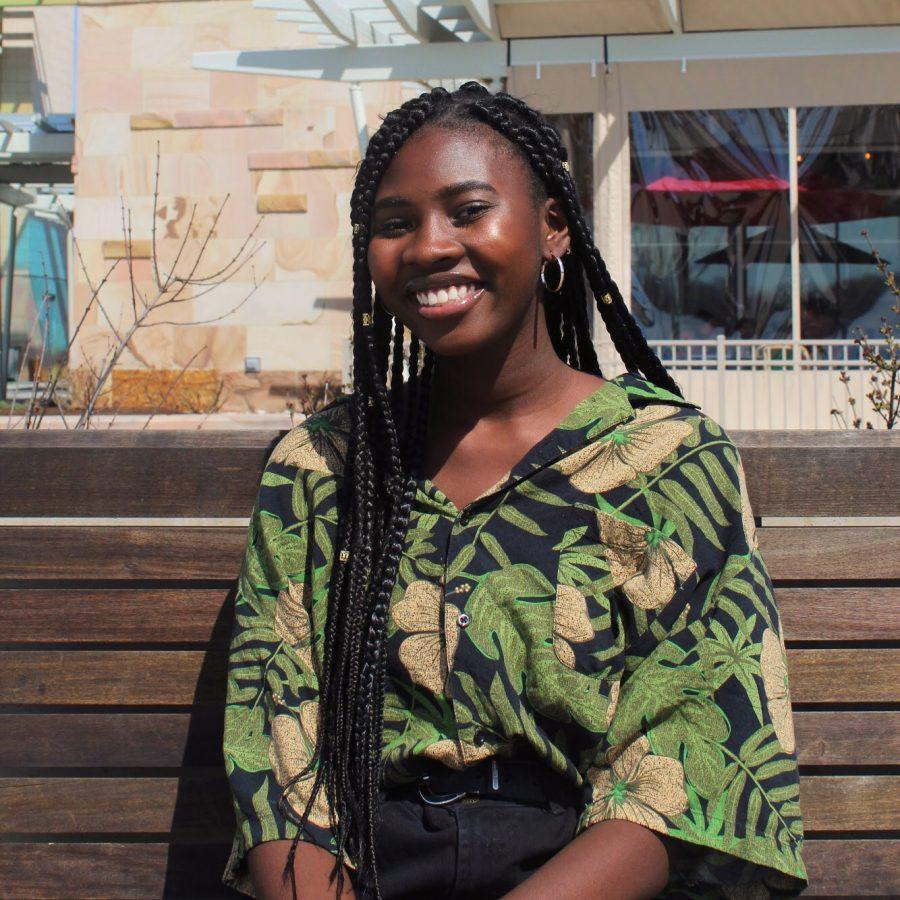 Xadi Ndiaye, was disappointed in Miami President Gregory Crawford’s letter about a professor accused of making a racist remark. Photo by Mathilde Mujanayi

“I was just really confused and annoyed,” said Ndiaye, a second-year political science student. “It felt so empty and did not at all fit the gravity of the situation.”

On June 6, Ndiaye wrote an open letter to the university titled, “On Love, Honor, Diversity, & Inclusion.” The letter expressed how students do not feel the university is doing enough to combat racism on campus, and offered solutions to make campus a more tolerant, supportive environment. To date, more than 60 students have signed it in support.

Ndiaye said she was motivated to write the letter after seeing a comment on an Instagram post by the university about Crawford’s response to reports of racist speech by a faculty member. A 1998 graduate of the university commented that students today are upset about the same things they and their peers were 20 years ago, and if that’s the case, Ndiaye said, “clearly things have not been changing.”

The solutions presented in the letter include incorporating more classes on “race, gender, and systems of oppression” into the Miami Plan and encouraging students to take them; adopting a zero-tolerance policy on racism; and requiring students to complete an anti-discrimination module on Canvas every year. Education is the “number one tool” the school has “to shift campus culture,” Ndiaye said. Even if some students don’t live on campus or share the same experiences as others, “the one thing that unites every student is that they all attend” the university.

“We, like you, are here to make Miami a better place than we found it,” Ndiaye’s letter read. “We are willing to do our part, we only ask that you take the lead to make this an institution within which all may be embraced with love and honor. A truly inclusive and diverse Miami is a better Miami.”

When asked about how she wants to see the culture around race and racism at Miami change, Ndiaye said the first step is listening to students of color. Right now, the culture “encourages tokenism.” Students treat black people as if they’re “disposable,” she said. “Being included doesn’t mean you have one black student on the board of an organization,” it means that “racism has no place in the organization.”

Tokenism extends to the administration as well, she said. Ndiaye said the only time she’s felt valued as a black student is when she’s been photographed for promotional materials. Her brother and sister, who graduated from Miami in 2013 and 2014, are still being included in promotional materials today.

Clara Guerra hopes the university will be more “intentional” in teaching students about its history and the history of the Oxford area around it.

For example, Guerra said, the house where the president lives now, used to be part of the Underground Railroad. There’s a site in Oxford where a black man was lynched in 1892.

“There’s a lot of history in Oxford that’s extremely ignored,” said Guerra, and as an alumnus, she wants to see the university be more intentional not only about addressing the black history of the area, but “where people have gone wrong.” One way the university could do this, Guerra said, would be to integrate a mandatory class on the black or indigenous history of Miami and the Oxford area.

Guerra graduated with a degree in chemical engineering, and was the academic excellence chair for Miami’s chapter of the National Society of Black Engineers. She became involved, she said, because she wanted to create resources that she felt were not available in the engineering building.

“It’s often within the hard sciences that race is never brought up,” Guerra said. She said that although people might feel “there’s one face of Farmer [Business School], one face of engineering,” it’s important that people understand that “science and race can intersect, we just need to be more intentional about it.”

“It’s great, I’m very humbled,” she said about the position, but she’s also “kind of disappointing for it to take this long,” as it’s been more than 100 years since the first black student at the university graduated. 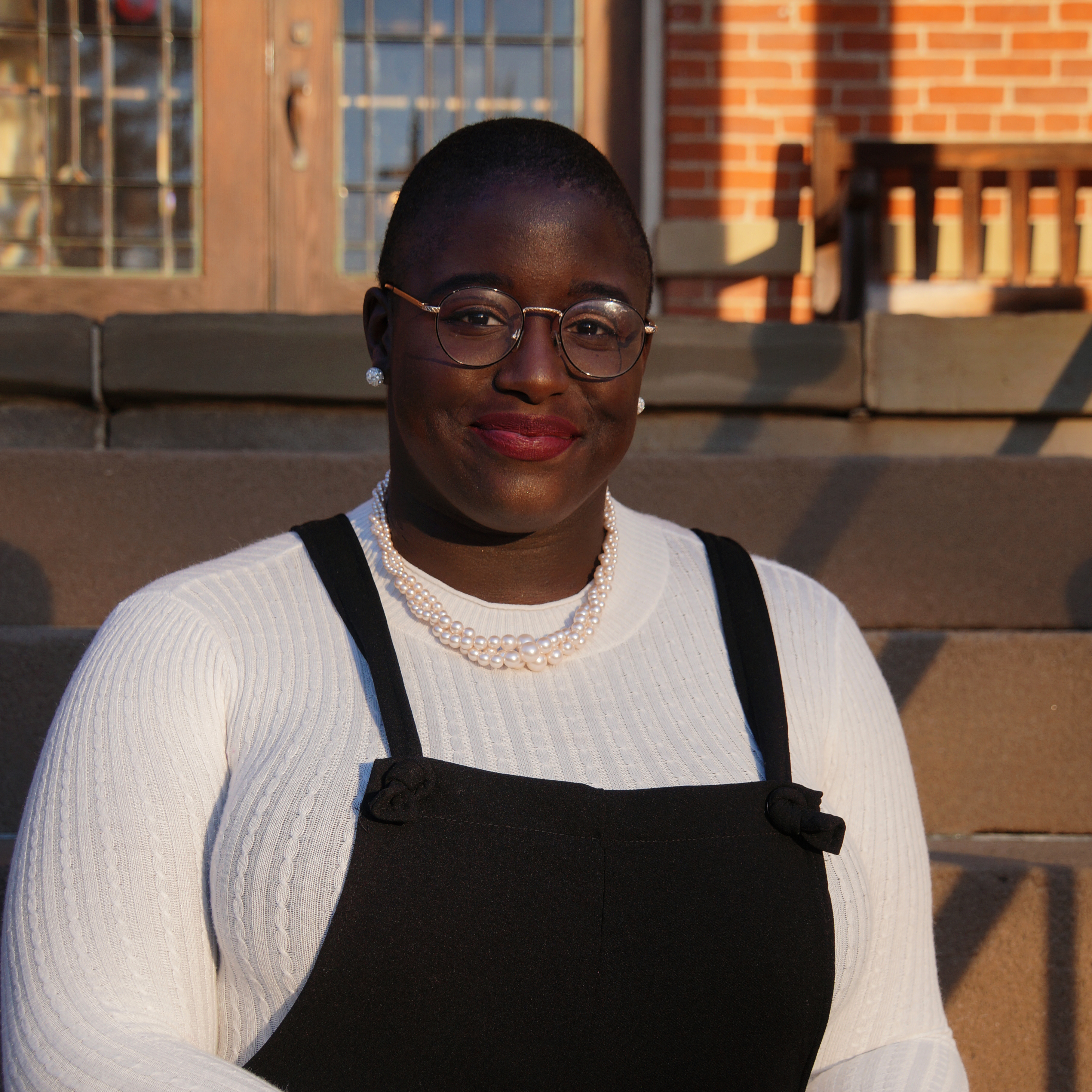 As student body president, Kamara wants to see the Associated Student Government create an environment where students can feel comfortable talking about racism on campus and can create understanding among students of different backgrounds. She said it’s their job “to get an idea of how students are feeling” and to cultivate a space where students feel comfortable stating their mind. Creating a supportive environment, she said, can lead to initiatives that “facilitate relationships between students and the administration.”

Kamara was recently appointed to serve on the president’s Diversity, Equity, and Inclusion Task Force, and while the group is still getting off the ground, she said her role is to be a voice or advocate for the students.

Kamara would like to see the university centering student voices in discussions such as this one. “We’re the ones on the ground,” she said. This would include reforming the UNV101 course — one that all full-time, freshman students are required to take — to be more dialogue-based about these issues, and encouraging students to go to different events to educate themselves about different cultures and backgrounds. From an institutional standpoint, she’d like to see the university implement diversity and inclusion committees in every department, and hold faculty and staff members accountable for their remarks and actions. “Students want to feel as though the university is doing something rather than just send out a letter,” Kamara said.

Last month, Oxford City Council passed a resolution condemning hate speech and discrimination in the city of Oxford, and calling upon the Ohio Department of Health and local public health departments to “incorporate anti-racism messaging and outreach to impacted communities.” While Miami and Oxford have always had these problems beneath the surface, with everything going on across the country, “this year was a catalyst for change,” Kamara said. Hopefully, that change will continue to affect Miami students this year, next year, and for many years to come.