Students lose study abroad program due to spread of virus 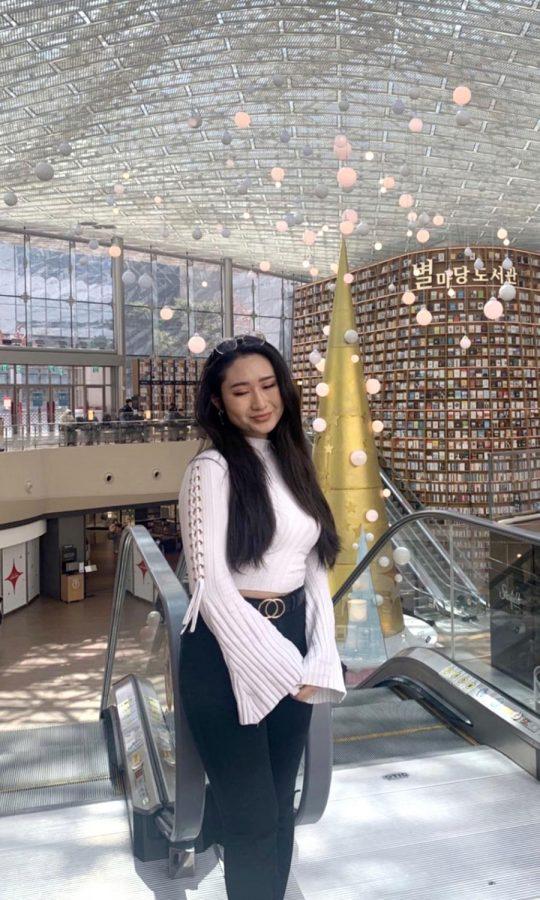 Miami Junior Leeann Tran in Seoul, Korea. Her study abroad program was canceled and she hoped to be able to fly home to the United States March 6. Photo provided by Leeann Tran

By Paige Scott and Wenyan Dai

Two Miami University students studying abroad in South Korea this semester have been forced to return home because their study abroad program has been canceled. Leeann Tran and Meagan Holloway-Ragland, both juniors, were participating in a program at Yonsei University in Seoul.

The program was run through the University Study Abroad Consortium, a third-party facilitator for study abroad programs. Once the Department of State raised the travel advisory to level 3, students were notified by Miami that the program was getting canceled.

The program in South Korea was canceled Feb. 28.

“Although we were advised to go home immediately, it wasn’t forced,” said Tran this week from Seoul. “All the American programs were canceled so Americans were going back and now Norwegians have canceled too. Our French friend said he’s afraid he’ll be called back, it’s gotten to the point where flights are being canceled. Mine actually was canceled and I had to rebook.”

Tran said she expects to be on a flight back to the United States  March 6.

“This is my one and only chance to be in Korea in any semblance of a study abroad,” she said. “Even if I won’t start classes, I will never meet another group of friends like this again or be with them like this again. I’ve become so attached to my group and it breaks my heart to leave them.”

No one decided to stay beyond March 6, because Miami won’t pay for it, and without student enrollment, the students’ visas become invalid.

Holloway-Ragland left Korea  Feb. 29, the day after the program was canceled.

“Some people decided to stay later than others,“ she said. “I left the next day because I knew they would start canceling flights soon.”

Claire Wagner, director of communications at Miami, said students studying abroad in the programs of other universities should first work with those schools when a cancellation like this occurs.

“It is up to the provider to work with the students,” Wagner said. “If they need help we will help them.”

About a dozen students were going on a spring break trip to Italy and that has now been canceled, she said. Additionally, summer programs to China have been canceled.

Both Tran and Holloway-Ragland said they are afraid the canceled program will impact their education.

“I was fighting Yonsei (University) to let me do direct enrollment because this is my last semester of classes,” Tran said. “Having the program canceled really messed things up. I am still trying to figure out the whole situation financially and academically so I can graduate on time.”

Tran said she doesn’t think it is feasible to return to Miami for classes at this point, but the university is working with her to try and figure something out. She is considering taking online classes while studying for her Medical College Admissions Test (MCAT).

“I am not worried about the virus harming me because I am a healthy individual,” Holloway-Ragland said. “But I was super bummed because this really interferes with my long-term education.”

Both students said they believe the threat of the virus is not being exaggerated.

“I think this is definitely a serious situation that should be taken seriously, but people are panicking too much,” Tran said. “I think the U.S. response to the virus is underwhelming and slow, putting more people in danger.”

She said in Korea anyone can get tested at a hospital or drive-through station. In the U.S., they are only testing if you meet a certain set of criteria.

“The way things are currently, it’s possible that students would have been unable to come home for a period,” Holloway-Ragland said. “Even if the virus spreads to the U.S., it’s better to be in your own country where you’re prioritized and you can communicate with your healthcare providers in the event something bad happens, even more important for your family to have access to you and give them peace of mind.”

Tran said she would’ve fought to stay in South Korea, but since the virus outbreak began, everyday life there changed.

“People are hiding in their homes and during weekdays, it’s like a ghost town,” she said. This is true for even the busier areas, like Sinchon, Gangnam and Itaewon.

“Every single person wears a mask, and when you enter a lot of stores, they take your temperature.”