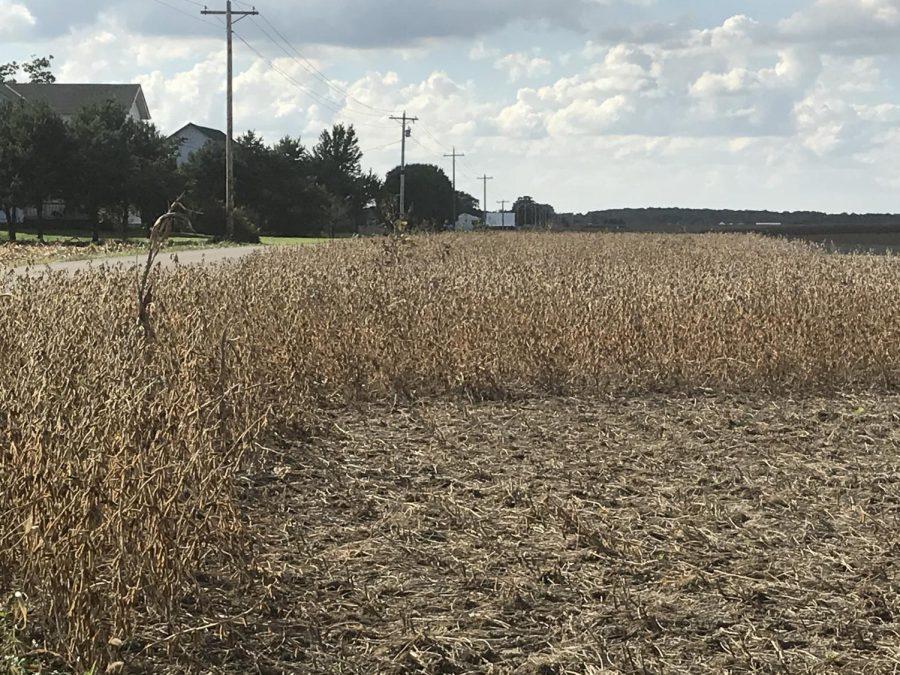 Soybeans are ready for harvest in fields near Bath, Ind., just west of Oxford. Photo by Patrick Keck

In terms of production, this should have been a very successful year for Ohio soybean farmers – 58 bushels per acre, breaking the 2016 record of 54.5 bushels, according to the Farm Management Program at Ohio State University.

But then came the tariffs.

Despite the record harvest, many farmers could see a significant drop in profits this year due to tariffs placed on United States soybeans by China.

China enacted the tariff in July in response to the Trump administration’s 25 percent tariffs on over 800 Chinese products, amounting to $34 billion.

China responded in kind with 25 percent tariffs on multiple U.S. goods including soybeans, which has caused a drop in value for soybeans throughout the state.

Soybeans are Ohio’s largest cash crop, with nearly 252 million bushels worth $2.4 billion, according to the USDA’s 2017 State Agriculture Overview.

According to Statista, an online resource that provides statistics on varying industries, Ohio is the eighth highest producing state in the country for soybeans.

The impact of the tariff has swept the nation, including Michael Schwab, who farms just west of Oxford. Schwab works three jobs to make ends meet, including as a service worker for the City of Oxford, along with owning the Schwab Family Farm Market at 3697 Oxford-Reily Road.

“Tariffs will always have an impact,” Schwab said this week. “But right now, I’m just trying to survive.”

Soybeans are a major source of income for Schwab. He said that nothing much can offset the tariff’s impact except insurance. He farms 17 acres of soybeans at his farm and more on nearby land that he rents.

Schwab is far from alone in facing the impact of the tariff. Drew Johnson of Reserve Run Family Farm, on Lanes Mill Road, east of Oxford, said he is hoping for the best as he begins harvesting his soybeans.

“It seems like we woke up one day and the price of our crop had dropped 25 percent,” Johnson said Thursday. “We would be lucky to break even this year.”

Johnson sells his product to local grain elevators and to grain brokers on the Ohio River. He said these brokers then send the soybeans to New Orleans by barge, where they then are exported to China. 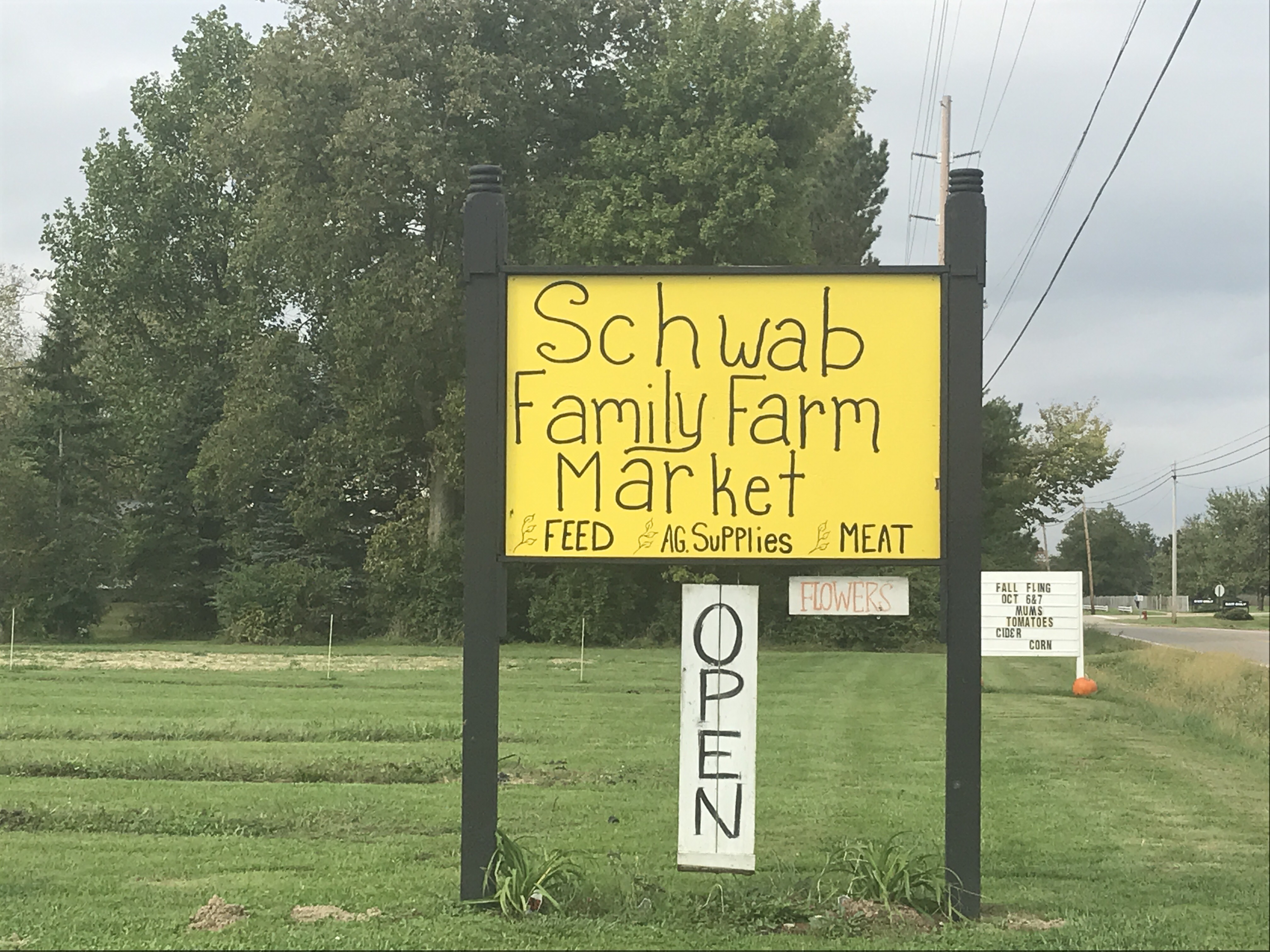 The tariff has left soybean farmers in “not a good situation” according to Gail Lierer, president of the Butler County Farm Bureau.

Lierer said that the doors of trade need to be left open so farmers can export excess material. If this tariff continues, she believes more trade with countries like Colombia, Taiwan and Japan will have to take place.

In an August press release from the Ohio Soybean Association (OSA), Sam Custer, Darke County Ohio State University Extension Educator, said soybean prices had dropped below $8.50 per bushel, far under the break-even price of $9.70 per bushel.

The OSA cited research from Ohio State University suggesting a long-term impact of a 59 percent drop in annual net income for a farm over the next six years because of the tariff.

‍To counter these effects, the Trump administration announced late in July that it would establish a Market Facilitation Program to provide $12 billion in aid to soybean farmers in response to what Sonny Perdue, U.S. Secretary of Agriculture, defines as “unjustified retaliation” by the Chinese.

According to the USDA, the program will provide payments for other commodities such as cotton, corn, wheat, dairy and others, but more than 75 percent of the estimated initial payment will go to soybean farmers.

Allen Armstrong, president of the OSA, said that the program was timely, released before harvest season began, but he still wants more to be done.

“This is a short-term fix and we continue to advocate for free and open markets with our national affiliate, the American Soybean Association, and for a resolution to the trade dispute with our biggest international customer,” said Armstrong in a OSA press release.

While Schwab and Johnson plan on applying for the program, it won’t make them whole.

As Johnson understood it, farmers will receive about $1.60 a bushel for 50 percent of their yield, or more simply, 80 cents per bushel. He said the aid would still make the total about $1.50 short of last year’s price per bushel.

“It helps,” said Johnson, “but if they would have kept it the way it was, we would have been much better off.”