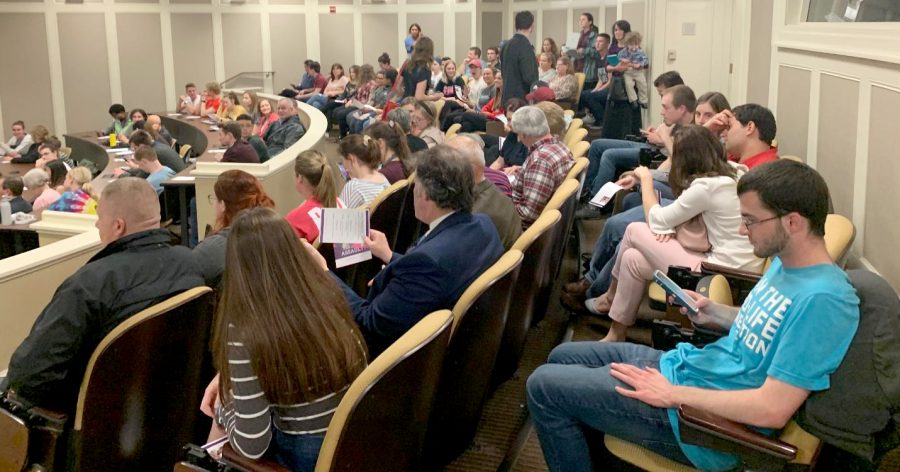 The controversial topic of abortion was the subject of two simultaneous events on April 25 at the Farmer School of Business. The talks represented opposing viewpoints and were held in rooms that faced each other.

Meanwhile, Feminists Working on Revolutionary Democracy (F-WORD) held its own event, described as conversation for productive dialogue on abortion, just across the hall.

Abortion is “the violent destruction of another person,” Hawkins said. The five “lies,” she said, are that sex has no consequences, women need abortion and an equal rights amendment to achieve their goals and contraception is necessary. “Fertility is a gift and shouldn’t be repressed,” she said.

Across the hall, Natalie Turton, outreach chair for F-WORD, said her group intentionally scheduled its event to coincide with the Hawkins’ talk. “Doing nothing kind of justifies it,” she said. 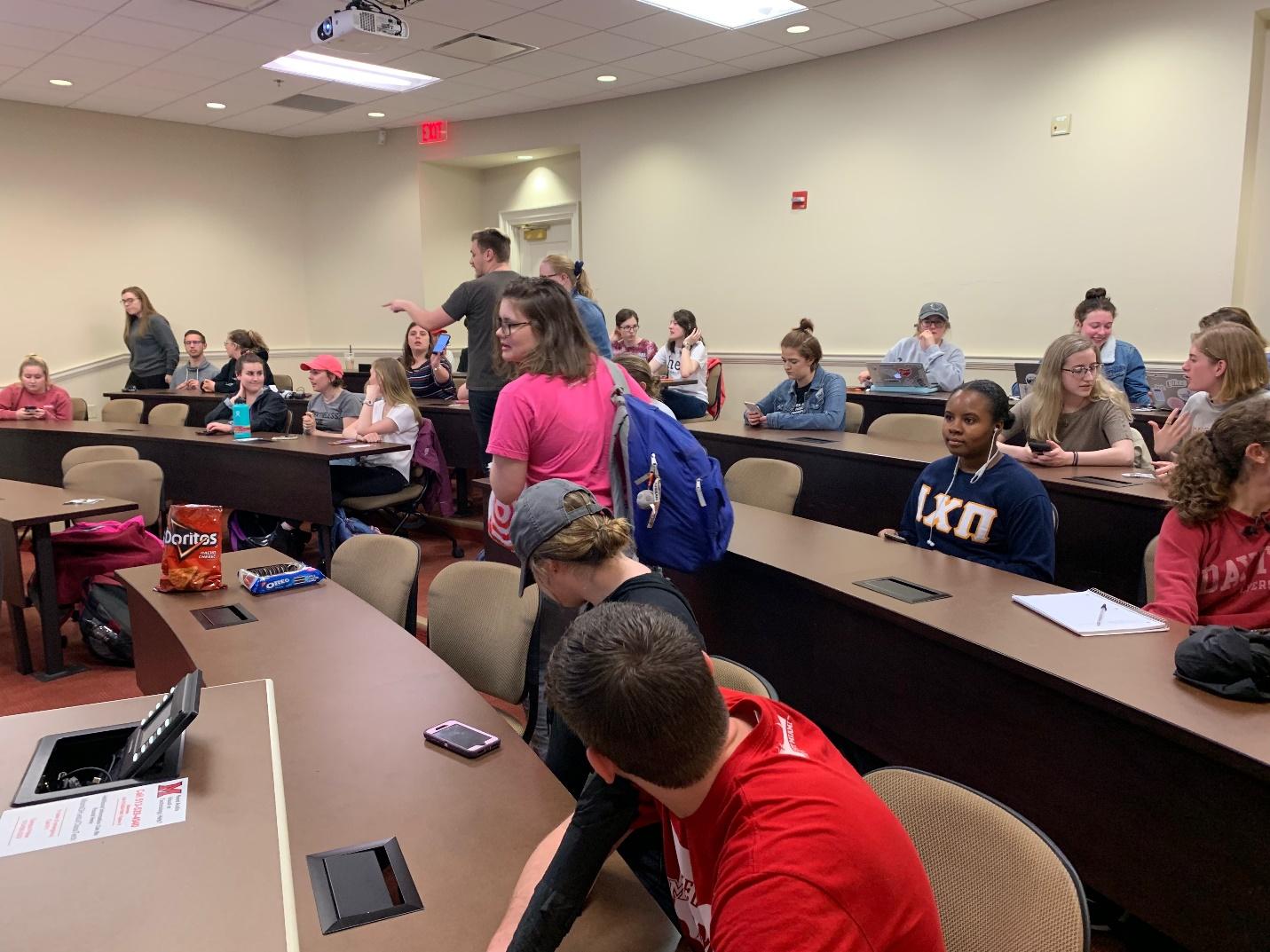 Just across the hall, an audience gathers for a conversation on abortion sponsored by Feminists Working on Revolutionary Democracy (F-WORD). Photo by Josiah Collins

“We wanted to have more of a conversation and talk about what it’s actually like,” Turton said. The F-WORD event included a video showing real stories of women who had abortions. The videos were followed by a Q&A to encourage dialogue.

There was no interaction between the groups in the hall and no mentions by either group during the event about who or what was going on across the hall.

Each event was well attended with a full room in the lecture for Hawkins and approximately 74 people attending the F-WORD event. But clearly these groups are separated by more than a hallway and the conversations are far from over. Reasoned debate on the issue may be unlikely, but both F-WORD and Students for Life seemed determined to get people thinking about this issue.