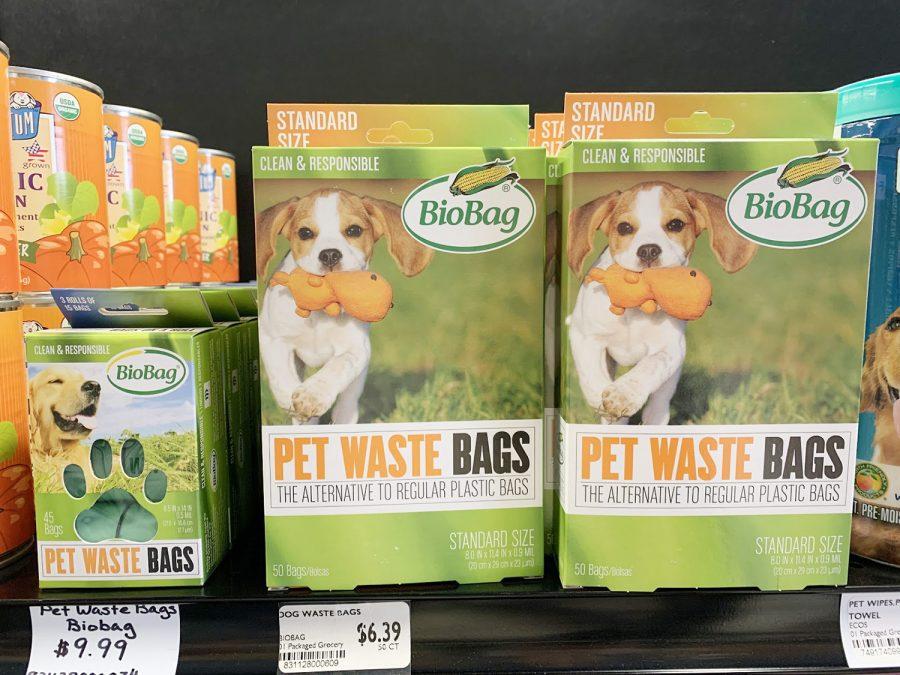 Oxford City Councilor Chantel Raghu thinks pet owners around town could help the environment by composting their dog’s doo rather than sending it off in a plastic bag to the landfill.

“The more material we can divert away from the landfill the better,” said Raghu, the council’s representative on the city’s Environmental Commission.

According to Raghu, pet owners in town could use Biodegradable Products Institute certified compostable bags to collect their dogs’ waste for the city’s curbside composting program.

BPI is a third-party organization that certified that every product being used will break down in its commercial composting facility.

According to the BioBag website, BPI certified BioBags are made of compostable resin.

“As long as the bag that dog owners use to collect the waste is BPI certified, it would break down in a commercial composting,” said Raghu. “The more material we can divert away from the landfill the better.”

In the United States, 84 million dogs deposit nearly 62.7 million lbs. of waste per day. According to the Environmental Protection Agency, dog waste is considered pollutant to the environment and a hazard to human health.

Dogs can harbor many viruses, bacteria and parasites. Dog waste is composed of water and undigested food which includes fiber, proteins and fats.

Dog poop not only will get into the water system and landfill but also get into the air. A recent study in Cleveland and Detroit found that 10 to 50 percent of airborne bacteria came from dog poop.

When most dog owners walk their dogs, they are prepared with a plastic bag to throw the waste in the nearest trash can. Some parks and recreational areas and other dog-walking sites have courtesy bag dispensers. But those bags are not necessarily compostable and most likely get thrown in the nearest trash container and end up in a landfill.

The organic material in dog waste releases methane, which is a greenhouse gas that causes climate change more rapidly than carbon dioxide.

“Composting dog poop is trying to prevent methane, which is 27 times more potent than carbon dioxide when it breaks down in the landfill,” said Raghu.

After being commercially composted, dog waste becomes nutrient-rich and is safe to use as fertilizer.

Dog lovers could use BPI certified compostable poop bags to pick up the dog poop, then they could tie a knot and keep it in their compost bucket until they are ready to take to the drop location.

Such bags are available through local stores such as Moon Co-op.

In April of 2019, the city council and the organization Zero Waste Oxford were working to reduce food waste in the town. Oxford launched its composting program that aims to turn the city’s leftovers into compost.

The Food Scrap Recycling Program asks local residents to collect their everyday food scraps in a container and bring it to the drop-off location at 945 S. Main Street, Oxford, OH 45056. The site is accessible 24 hours a day. 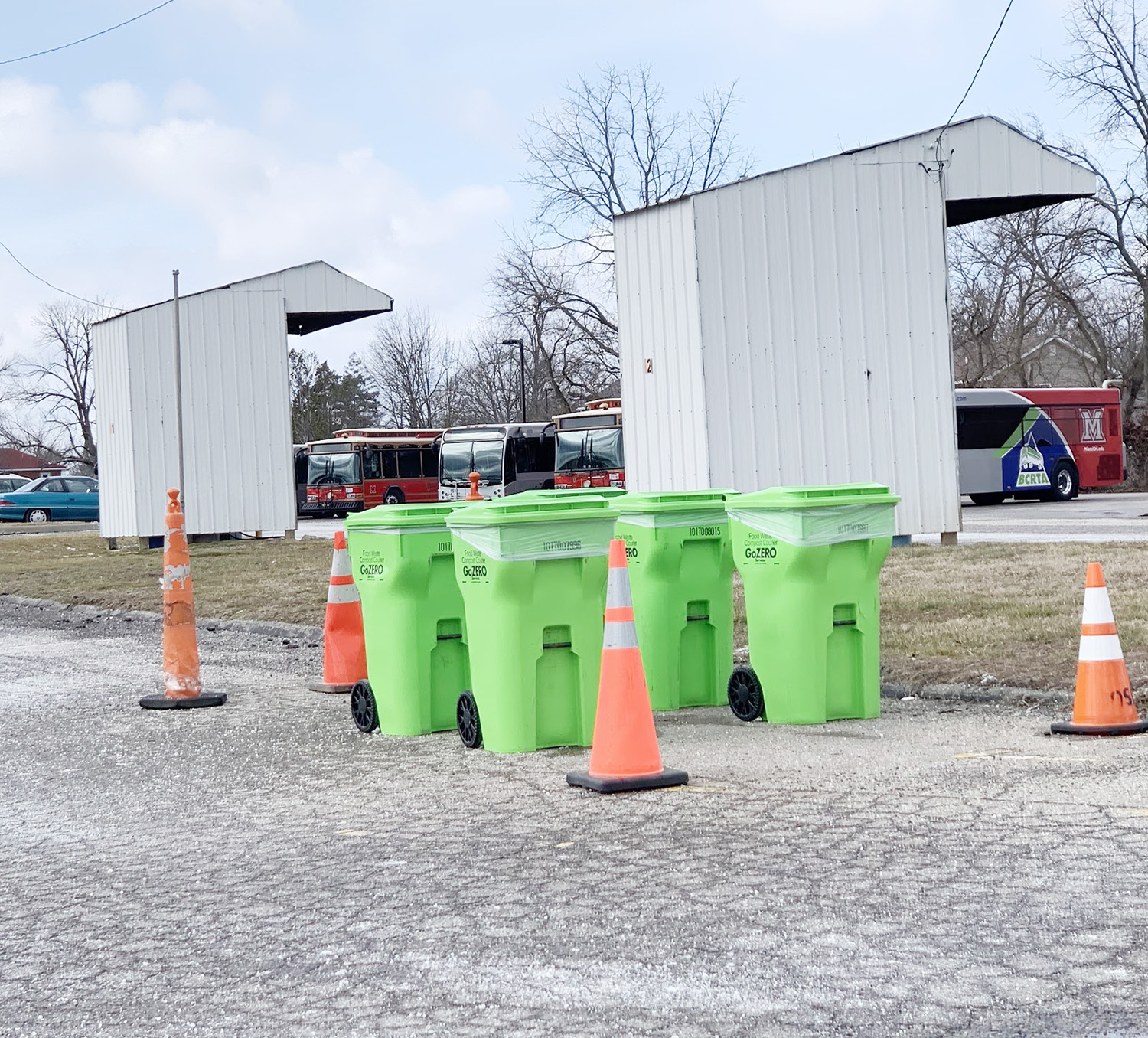 Oxford food scraps bins at the drop off location on Main Steet. Photo by Yuhuizi Zhu

GoZero collects the material weekly and trucks it to a commercial composting facility in Allen County.

Raghu spearheaded the push for the food scrap recycling program.

“It’s kind of recycling of the future because the hope is that not only are we gonna collect scraps, but we can also get bioplastics that can also be composted and try to transition away from traditional plastics,” said Raghu.

The city council spent $11,000 to launch the program. The dropp-off location has four fluorescent green wheeled bins where residents can dump their scraps.

Residents participating in the program are issued lidded buckets to collect their compostable waste with infographics on the sides showing what can and cannot go into them.

“I’m thinking the big question going forward is how do we expand this program so we can divert even more organic material from the landfill,” said Raghu.

Raghu said residents should not worry that the program could potentially aggravate the spread of the coronavirus, which has caused the temporary shutdown of many businesses and caused many people to isolate themselves at home. “No effect!” she said of the virus on the program. “ The program is going forward uninterrupted and residents are still using it.”