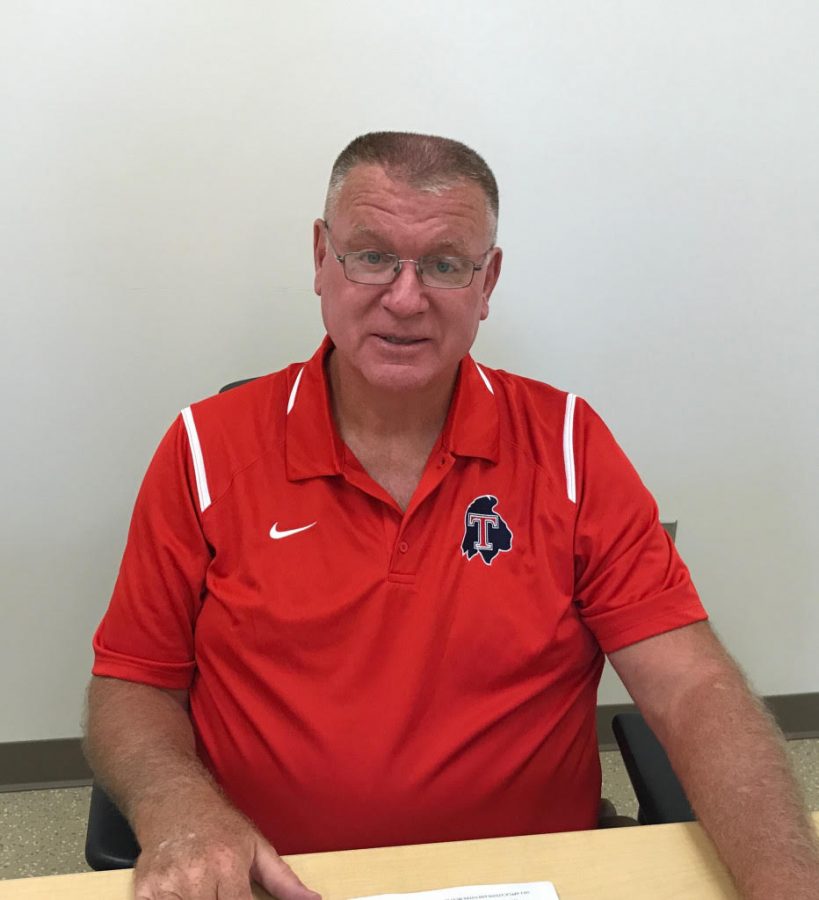 For when the One Great Scorer comes

To mark against your name,

He writes – not that you won or lost –

But how you played the Game.

— from the poem “Alumnus Football”

Reed, 57, died Monday morning after apparently suffering a heart attack while stopped at a United Dairy Farmers store in Hamilton on his way to school. He was head baseball coach at Talawanda since 2015, amassing a 26-53 record. Prior to that he taught and coached in the Hamilton School District for 32 years.

“He was never concerned about wins or losses,” said his daughter, Allison Haines. “It was about teaching the fundamentals of the game.”

And that game was not just baseball. Reed was Talawanda’s basketball coach during the 2017-18 season. Throughout his time at Talawanda, he coached baseball, basketball, soccer and football. He also served Talawanda by overseeing the in-school suspension program.

As a baseball player at Taft, Reed was voted Most Valuable Player, won two consecutive All Golden Triangle Awards and hit 24 home runs. In his junior and senior years of baseball, Reed was named the first team all-GMC. He was named All-State in baseball his senior year and held the record for most wins of any pitcher in Hamilton history.

In basketball, Reed was named All-State, and his senior year his team won the GMC title. He won Golden Triangle Player of the year and led the team in assists with 105.

Reed also participated in soccer and cross country during his high school career. He was later inducted into the Hamilton Athletic Hall of Fame.

He continued his baseball career at Belmont University in Nashville, where he graduated in 1984. There, his team beat Southeastern Conference champions Vanderbilt, 4-0.

In 1980 Reed married his wife, Diane Mainous, and they went on to have three children, Allison Haines of Chandler, Arizona, Shannon Reed of Dover, Delaware, and James Reed of Hamilton, Ohio. They also have one granddaughter.

He is remembered by his family as someone who never said a bad word or complained about anybody. Reed loved his family, players and friends unconditionally. Haines said one important lesson Reed taught his children was to care and give back to the communities.

“We are just overwhelmed from the support from the Talawanda and Hamilton communities,” Haines said.

Visitation was held Thursday at Garfield Middle School in Hamilton. Funeral services will be held at 2:30 p.m. Friday, Jan. 18, at the Laurel Ave. Church of Christ in Hamilton. The burial will take place at Rose Hill Burial Park, Hamilton.

The Talawanda Athletic Boosters also plan to honor him at their fundraising event this weekend.