Reily Board of Trustees candidates focus on communication 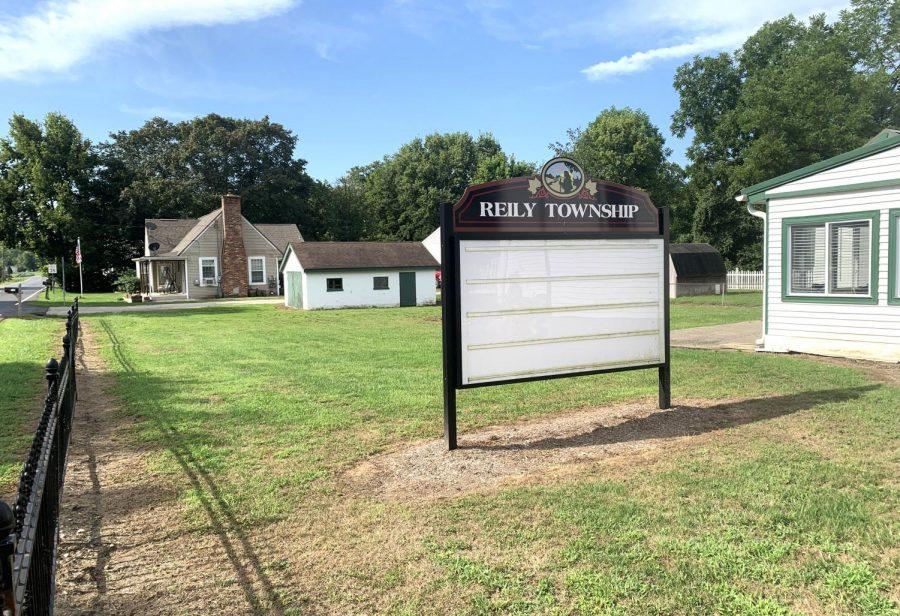 The community signboard next to the local historical museum in Reily, where Trustee Nick Schwab said news of township business is posted for residents to see. On Friday, Aug. 30, the board was blank. Photo by David Wells

In this fall’s race for a seat on the Reily Township Board of Trustees, the issue is how the trustees communicate with the township’s residents.

Amanda Tuertscher, the challenger, wants to add a fresh perspective to the three-person board that’s been in power for a long time.

Tuertscher, who’s lived in Reily for five years, is a former employee of Procter & Gamble who helped work on the company’s reorganization of their distribution network. She said she wants to see how she can help modernize Reily.

“I’m not going out for blood and not trying to take anyone out, I’m just trying to put out a different set of skills to help take the township into the 21st century,” she said.

Tuertscher said she attends many township trustee meetings and resolutions that the board of trustees passes can only be known by attending or if viewed at one of six locations in Reily where they are posted.

“We need to find a way to get the resolutions out to the township,” she said. “With the way how society is moving, we need to look to see if that’s allowed to be on social media.”

“Can we do a newsletter that goes out to the township, either electronically or every month (by mail)?”

Nick Schwab, the incumbent Tuertscher is challenging, has been on the board for 36 years. He said the size of the township, 2,624 in the last census, means the local government must run a fiscally tight operation. The three elected trustees and the fiscal officer are the only members to the township’s government. Reily has no township administrator to handle such things as newsletters. Nor is there money in the budget to cover things such as mailings to all township households.

“We’re not behind the times at all, we’re stretching the dollars as far as they can go,” Schwab said. He argued that the township saves money in some areas and applies it to others.

“We’re the only township in Butler County that does not charge for life squad service,” he said. Schwab and Tuertscher are both volunteer EMTs for the township.

He said that Township events are physically posted at Reily’s most frequented intersection.

“There’s a sign right at the main intersection in Reily, at state Route 732 and Main Street, at the Reily Historical Museum, we keep that updated all the time,” he said.

As far as newsletters go, Schwab said Reily had sent them out a handful of times, around 15 to 20 years ago, but he has concerns about costs.

“I think that would take an expenditure of funds, and we’re very careful about how we spend our funds,” Schwab said.

But the township is not completely without communications resources.

Last spring a group of professional writing students from Miami University’s English Department created a website for the township for free as an academic project.  At the time, Schwab and other township officials said they thought the site would be a great benefit for the township. But a look at the site today shows that it hasn’t had anything new posted on it since before April 12.

Schwab said that responsibility for updating the site or posting news of township business on it does not fall under what township trustees are elected to do. The site came with a 60-page instruction manual and Reily’s fiscal officer has volunteered to work with the professor who oversaw the creation of the site to update it, Schwab said.

“We don’t have money to pay somebody to do it, we watch our expenses, this is not the fiscal officer’s job [but she’s volunteered],” Schwab said.