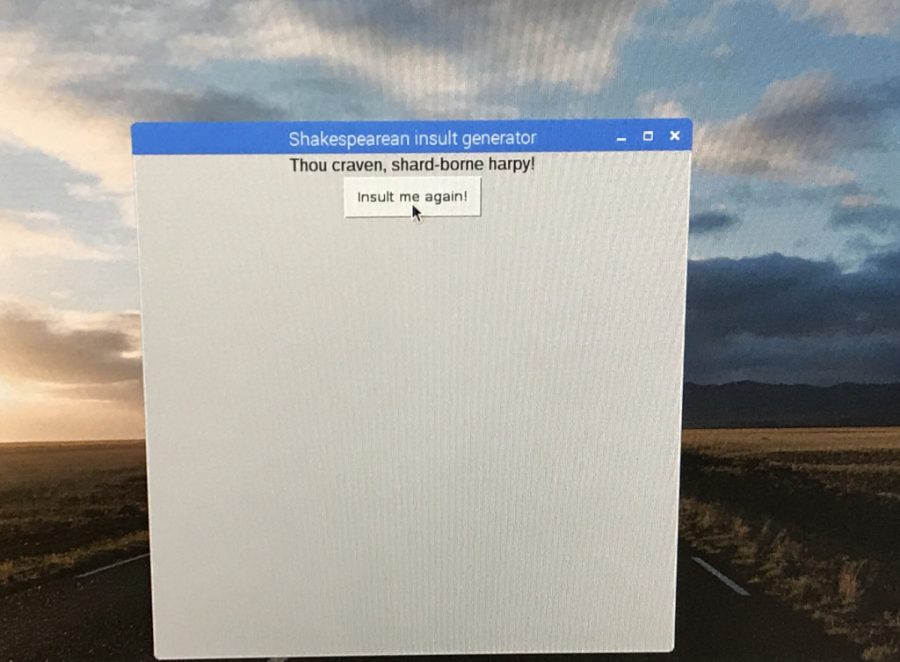 One student’s Raspberry Pi project powered a program that generates Shakespearean insults, useful for the erudite put down. Photo by Patrick Keck

A group of Talawanda High School students used computer boards the size of credit cards to create working devices such as video games, a dashboard camera and even a Shakespearean insult generator.

The projects are part of a class titled Information Technology (IT) Fundamentals. The students used Raspberry Pi computer kits for their projects.

Raspberry Pi kits were created by the Raspberry Pi Foundation, a British non-profit founded with students in mind as an inexpensive way to learn the inner workings of a computer. The devices can be plugged into television screens, computer monitors and can be controlled by a keyboard.

In their final projects, students demonstrated how to use their products, explained how they created them and their application to the real world. Several of them set their projects up for a public display at Oxford’s Lane Public Library earlier this month. 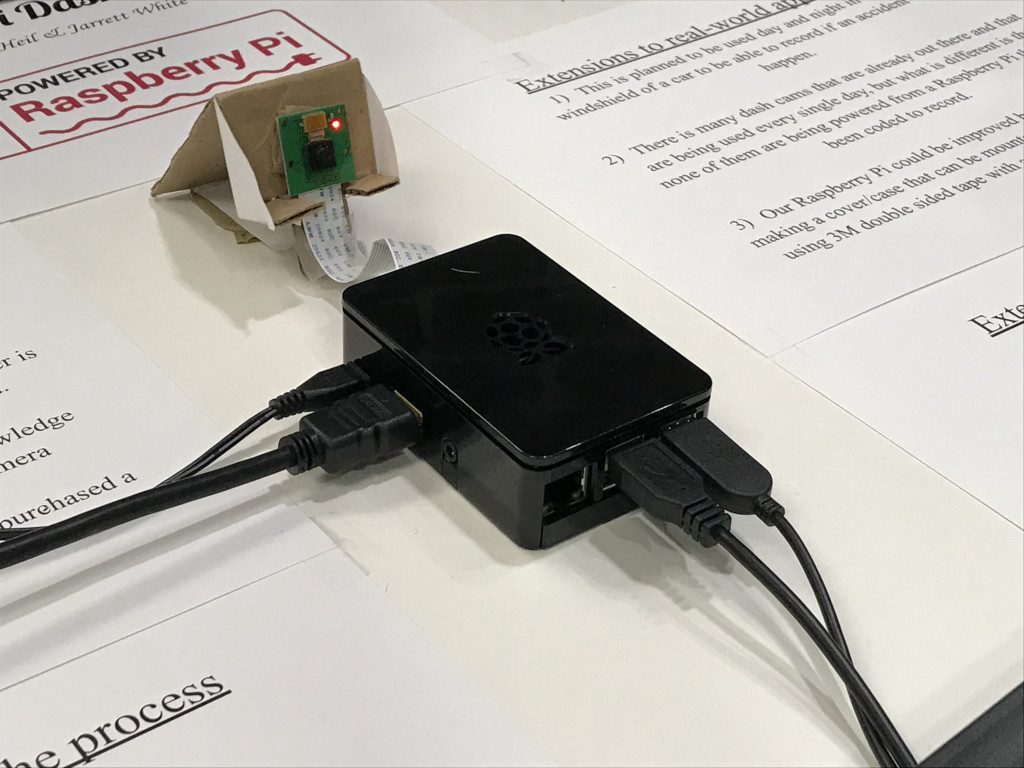 The Raspberry Pi, no larger than a credit card, teaches students a big lesson in technology. Photo by Patrick Keck

Freshman Julia Peter and her partner, senior Honor Feagin, worked together on their design, which connected the Raspberry Pi to a Christmas tree that lit up.

Peter had worked with Raspberry Pi’s in middle school as part of an IT course, which made her want to take this high school course.

Peter and Feagin began work on the project in mid-September, choosing an application that would allow them to build on their existing knowledge.

“We wanted something that would challenge us,” said Peter. “But still have enough time to complete it.”

Teacher Andrew Zimmerman led the semester-long class and sees a promising future for the program.

“We have lots of different kinds of learners here, but the response has been great, with several students wanting to complete the program,” said Zimmerman. “We had one senior even get accepted into UC because this program put her on their radar.”

IT Fundamentals is part of a larger collaboration between Talawanda and University of Cincinnati (UC), signed last spring, that grants students the ability to complete their freshman college work while still in high school and allows them to join the university’s School of Information Technology.

“We were looking for a way to make our IT program more fleshed out and with a purpose, and this seemed like a good fit,” said Zimmerman.

According to Zimmerman, students in the Talawanda program will take classes in web design, programming, database management and system administration, along with three college credit plus (CCP) classes, as well as math and English to complete the program and get their first year credit.

The program begins during freshman year at Talawanda and students must pass the IT Fundamentals and Fundamentals of Web Design courses with a C or higher to move on to higher-level courses. 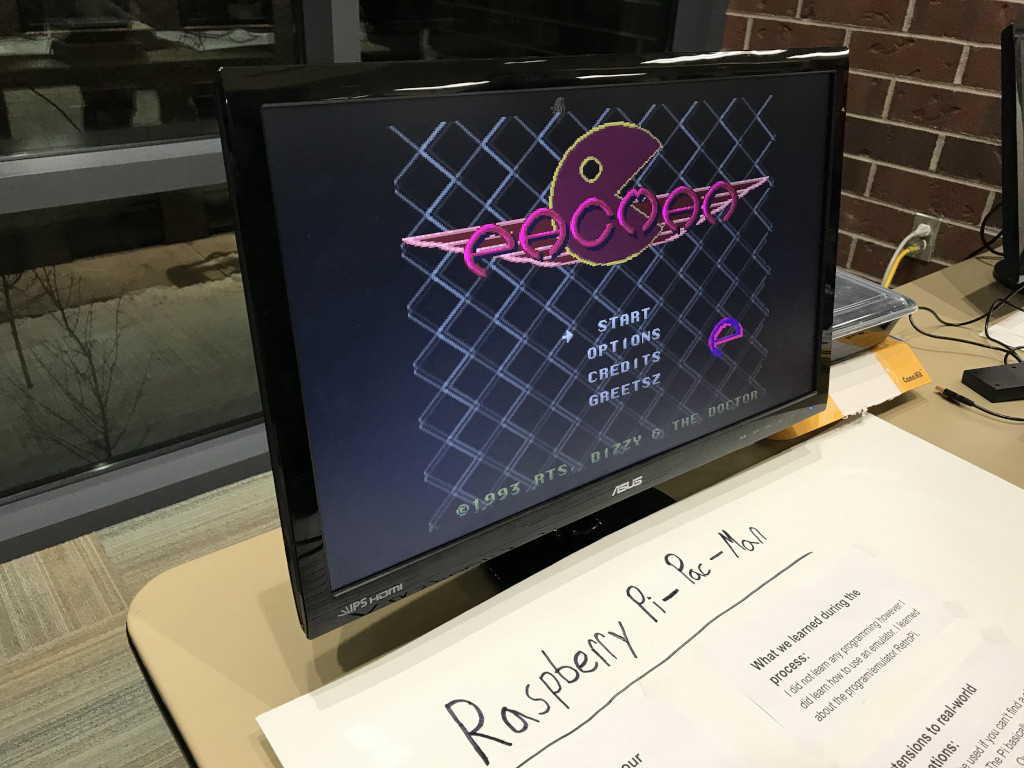 The Raspberry Pi computers can be connected to keyboards and monitors and were used by some students to run computer games such as this one. Photo by Patrick Keck

Peter, who is now taking Fundamentals of Web Design, said that she and her classmates were excited by the start of the new program.

While it attracted many video game-enthusiasts, Peter said she joined the program for her future.

“I want to do IT in the future,” said Peter. “Preferably something in forensics.”

Peter and Zimmerman said that students can still use credits that qualify as CCP for any university in Ohio if they choose not to attend UC.

Now entering its second semester, Zimmerman will continue to lead the program and try to eliminate portions of the classes that did not work or the students could not understand.

For Zimmerman, the program is all about giving students “free rein” in their creations and learning to think outside the box.