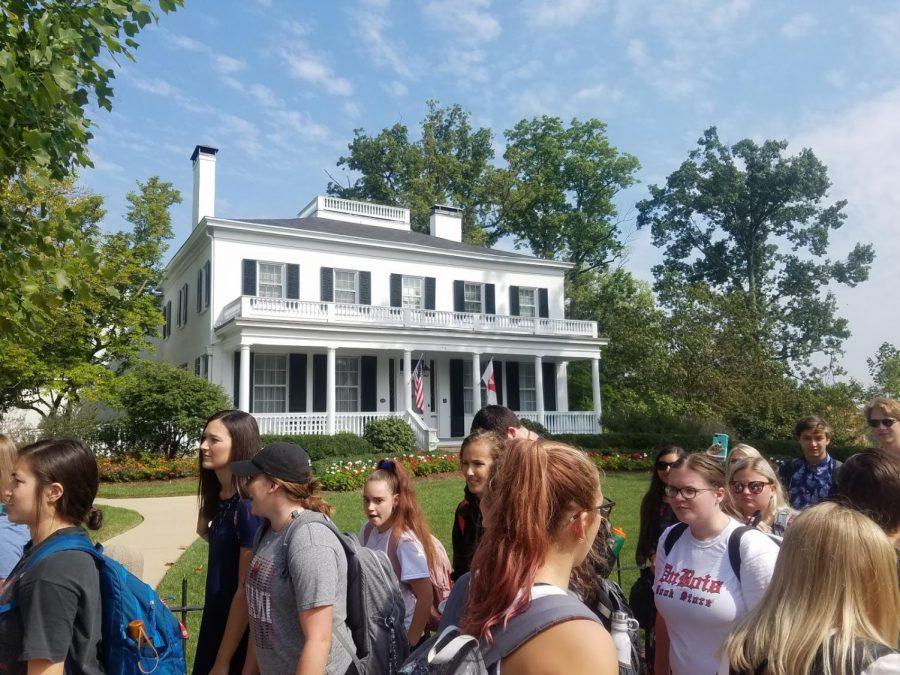 Miami University and President Gregory Crawford are in favor of working toward a healthier environment, but Crawford was unwilling to meet the demands of protesters in front of his house last week that he sign the Presidents’ Climate Leadership Commitments.

According to Claire Wagner, Miami’s director of news and communications, the university has reduced its carbon emissions by 45% since 2008 and is continuing to make positive environmental changes. The university has the largest university-based geo-thermal energy plant in Ohio, which provides heating and cooling to 10 buildings on the campus and hopes to expand that to seven more buildings by 2025.

Carla Blackmar, a graphic designer, member of the City of Oxford Planning Commission, and one of the participants in last week’s march, said Crawford has been studying the Commitments long enough.

“President Crawford has been thinking all summer long about whether he should sign this commitment,” Blackmar said. “The City of Oxford has decided to sign a similar agreement for cities, and we think if Oxford and Miami go on this together, they will be able to accomplish amazing things and make Oxford and Miami a learning lab for the future.”

Last Friday’s march was part of a global climate strike that saw thousands of simultaneous demonstrations for reducing greenhouse gases take place around the world. The protests were timed to lead up to Monday’s Global Climate Summit at the United Nations in New York.

The local protest, consisting of about 300 demonstrators, including students, faculty and Oxford residents, began outside the president’s home on High Street and then moved to the Marcum Conference Center, where Crawford was meeting with the university’s Board of Trustees. At one point Crawford and Trustee Chairman David Budig invited three representatives of the group inside the conference center to hear their concerns.