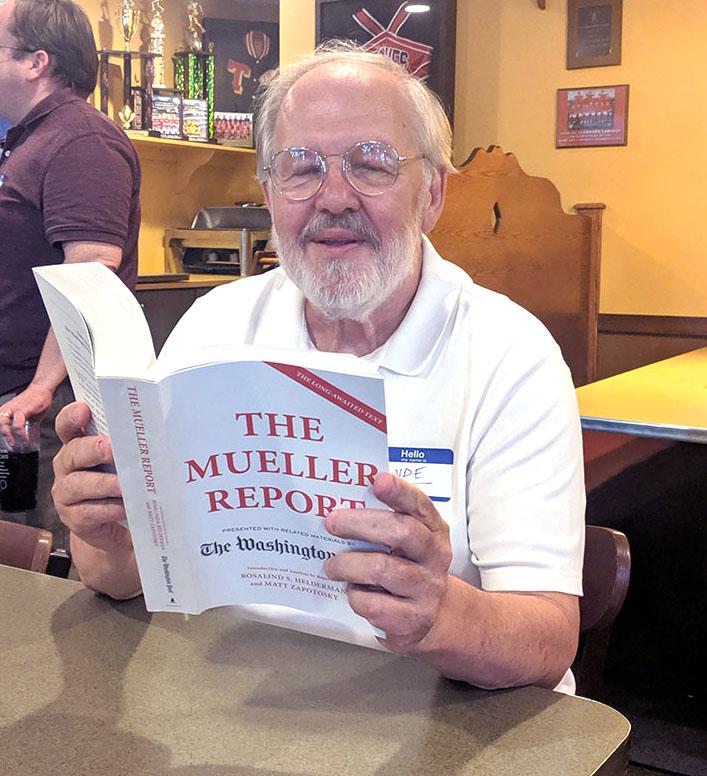 Brown, 69, had a heart attack and suffered from cancer, said Gayle Brown, his wife of 32 years.

He taught in the Department of Political Science at Miami University from 1986 to 2016. His areas of expertise included American government and research methods.

“I can’t think of anybody who has had more of a personal commitment to teaching excellence,” said John Forren, chair of Miami’s Department of Justice and Community Studies. Forren described Brown as one of his best friends at Miami.

Brown received his bachelor’s and Master of Public Administration degrees at Iowa State University. He also received his master’s and doctorate degrees from the University of Iowa.

Brown was passionate about politics. Before his time at Miami, he worked on various political campaigns in Iowa, including the city council race in Ames, Iowa. He worked on the Iowa gubernatorial campaign of John Tapscott, and the congressional campaign of Thomas Harkin, who went on to be elected a senator from Iowa. Brown worked as a district representative and legislative assistant for Harkin from 1975-78.

Brown spent some of his free time with the Oxford Democrats watching recent debates among the Democratic presidential candidates and discussing them. He also taught political science classes at the Institute for Learning in Retirement at Miami University.

“He was very passionate about local politics,” Forren said.

On the Iowa State University campus Brown had been an active member of the anti-Vietnam War movement. He was also a coordinator for the Vietnam Moratorium Committee for the State of Iowa.

During his free time, Clyde was a chess player. A member of the Loosely Organized Chess Club of Oxford and the Oxford Chess Club, Brown spent his time after retirement teaching chess at the Institute for Learning in Retirement at Miami University. He also played a role in establishing a chess club on Miami’s campus after students approached him with the need for a faculty advisor.

“He was just a decent, compassionate human being,” said his wife. “He was always rooting for the underdog.”

In addition to his wife, Brown is survived by siblings, Yvonne Lyftogt, Andrew Brown, Sheei Zeliadt, Perry Leaves and Jackie Fourez. He was preceded in death by his father Leo and brother Michael.

A memorial service will take place at a future date. In lieu of flowers, the family requests memorials be made to McCullough-Hyde Memorial Hospital, or the American Friends Service Committee.