Hosted up by the Oxford Chamber of Commerce, the festival seeks to stimulate local commerce the weekend after a huge part of Oxford’s usual customer base—Miami University students—has left town for the summer.

“We want our businesses to succeed,” said Kelli Riggs, the president of the chamber. There will be wine from local wineries, craft beer from 10 regional breweries, more than 10 craft booths featuring local artisans and five places to chow down on great local food, she said.

In addition to the food, drink and crafts, there will be four live musical performances during the event from the Jake Roberts Band, Linus Tate, Jay Jesse Johnson and Thunder Bay.

This event is an important fundraiser for the chamber, Riggs said. Part of the ticket sales will go to trade school scholarships for four Talawanda High School seniors.

With an expected 2,000 visitors, local businesses will be able to use the festival to showcase  themselves and network with other businesses and members of the community, Riggs said.

That is exactly what Ann Kamphaus said she plans to do. She and husband Neil plan to open Books & Brews at 107 E. Church Street, later in June, and they are setting up at Saturday’s festival to introduce themselves to potential customers. Books & Brews is a restaurant, bookstore, and coffee shop all-in-one. The Kamphauses are opening the Indiana-based company’s first Ohio franchise. 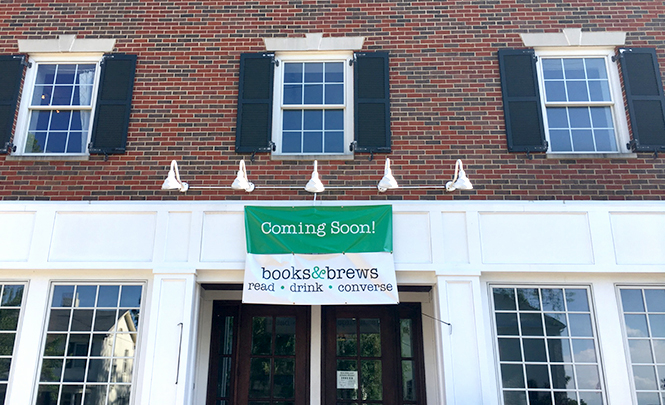 Books & Brews, a literary-themed brew pub, plans to open at 107 E. Church St., later in June, but will be offering tastes of its beer at the festival. Photo by Aaron Smith.

“Our goal is to get the name out there and market” said Ann Kamphaus.