Computers, videogames and study tables are part of the remodeled teen center. Photo by Emily Gentry

Oxford’s Parks and Recreation Department has officially finished renovating the old weight room at the TRI Community Park into a newly furnished teen center. Although the original grand opening was set for March 16, the opening had to be pushed to a phased-in schedule this summer, due to COVID-19 restrictions.

The Parks and Rec Department hopes to open the teen center this summer with a rescheduled grand opening including refreshments and a ribbon cutting, but due to social distancing limitations this may only be open to the major organizations that helped fund the project. The teen center will be open from 11 a.m. to 7 p.m. Monday through Friday, 11 a.m. to 1 p.m. on Saturdays, and closed on Sundays.

Building the teen center was a “fast process” said Ryan Himes, Oxford’s Parks and Recreation Program Director. Himes said the project began in late 2018 and was primarily funded through grants and donations. The Parks and Rec Department worked with the Talawanda School District to issue a survey regarding the idea of creating the center and received an abundance of positive feedback. Himes also said that the Parks and Rec team did a lot of the painting and infrastructure work themselves. 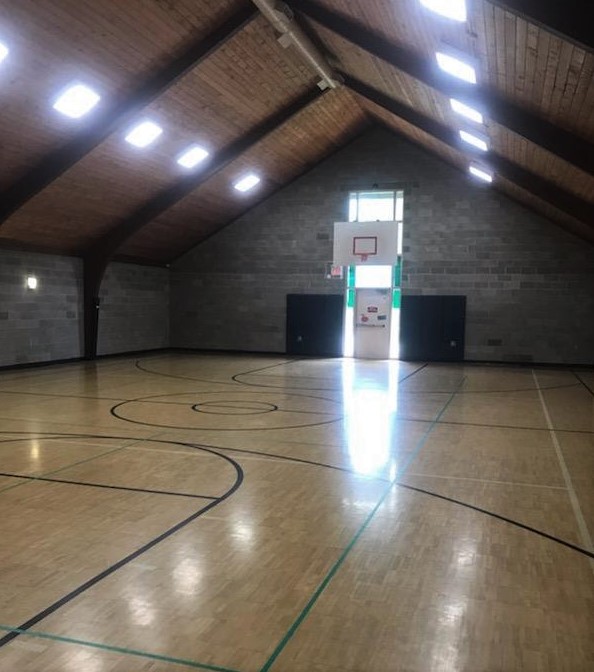 The team decided to create the teen center and new gymnasium to allow kids a place to strengthen their minds while staying in a shape in a safe place with their peers. “Our goal is to use the gym for a lock-in and maybe binge watch shows like “Stranger Things” and get pizza. We want to do different things we think this age group might enjoy” said Himes. “We want them to be with their friends and show them they’re not alone and that we care.”

Himes says he hopes PKN (Project Kids Network) students will help supervise the younger kids as they have in the past. The Project Kids Network is an organization that enables college students to volunteer their time to kids within the community as well as around the globe. “That’s our long-term goal to work strongly with them, it’s supervision but also friendship” said Himes, “they’re a great group of college students who you can tell really love these kids.” 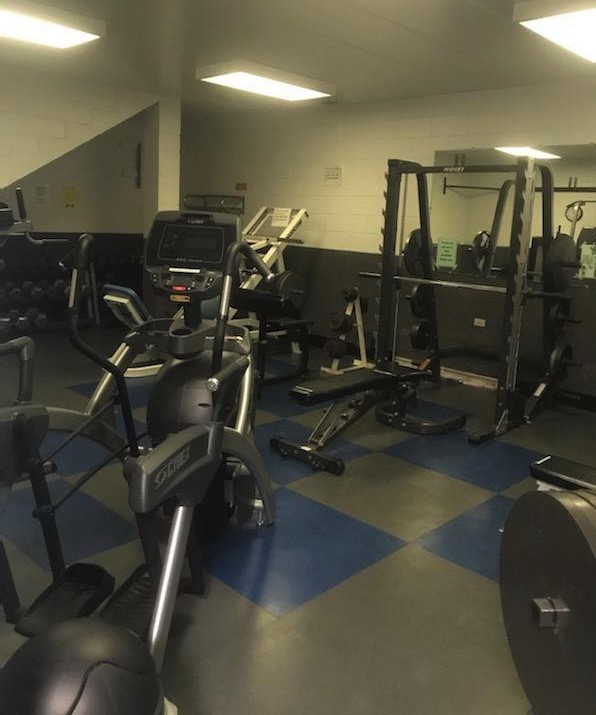 The weight room now requires reservations, which can be made via phone.  The reservations will be in 45-minute increments with 15 minutes in between sessions to clean the facilities. Photo Emily Gentry

The TRI Center officially opened June 1, including the weight room, skatepark, basketball courts, tennis courts and fields, while playgrounds remain closed due to state-wide policies. All fields and other sports settings are only open to small groups. The Oxford Aquatic Center is set to open June 20.

Although the Parks and Rec team is excited to unveil the new teen center, they want to be cautious and make sure the timing is right in order to keep everyone safe.

Access to the teen center will be included in the annual dues to the TRI Community Center. Annual membership dues are $6 for ages 10 through 17 and $12 for ages 18 and up.

For more information on the project, contact the Oxford Parks and Recreation Department.