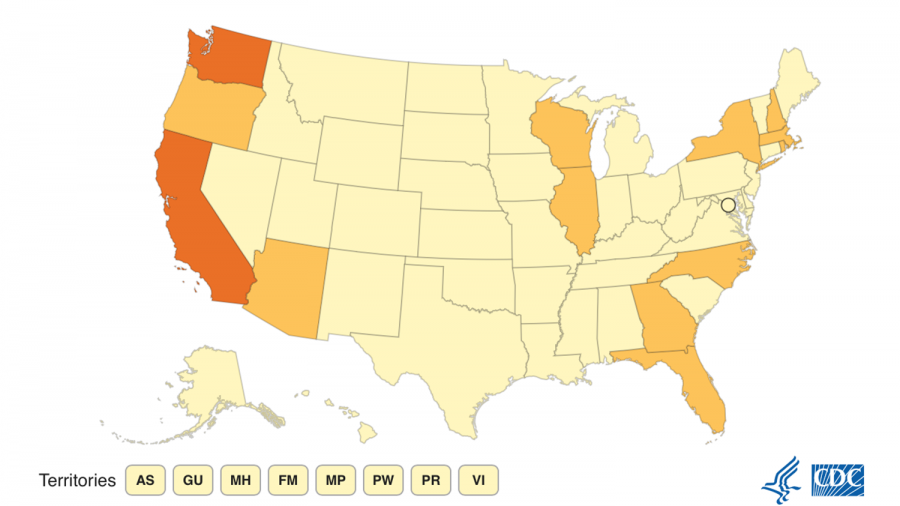 As statistics rise on the spread of the coronavirus to the U.S., Oxford is making sure it’s prepared in case of a health emergency.

Miami University informed students, faculty, and staff that “leaders across the university” will be coming together to plan for a crisis in the event of an outbreak in Butler County. The planning team will focus on the health and safety of Oxford and the educational responsibilities.

As of Thursday, no cases of the virus had been confirmed in the state of Ohio. However, Miami has issued restrictions on university related travel to several countries for students and staff.

Earlier in the year, the university canceled all Miami sponsored travel to China for the rest of the semester. Following recent reports from the Centers for Disease Control and Prevention, Miami expanded those restrictions this week to include a ban on university related travel to South Korea, Italy and Iran.

In a memo sent this week to all faculty and staff, Miami asked to be informed of any planned “spring semester academic travel to China, Italy, Iran or South Korea (e.g. conferences, invited lectures, research trips).” The memo went on to say that guidelines associated with travel to countries with outbreaks of the virus and subsequent reentry into the United States “may change rapidly and without notice.”

People planning out of country trips were referred to the CDC travel guidelines.

According to the CDC on March 5, a total of 100 cases have been confirmed in the U.S. with 10 deaths throughout 13 states due to the virus, now referred to as COVID-19. 30 of the cases are related to travel, 17 from person to person spread, and the origins of the remaining 53 are under investigation. These cases are in Arizona, California, Florida, Georgia, Illinois, Massachusetts, New Hampshire, New York, Rhode Island, Wisconsin, North Carolina and Washington.

Three cases have been traced to Wuhan, China, where the virus was first identified in December. 45 cases are from the Diamond Princess cruise ship, which aborted an Asian cruise in late February after an outbreak of the virus on board. The ship has now been completely evacuated and is tied up in Japan. Passengers and crew are being evacuated to their home countries. Another cruise ship, the Grand Princess, was anchored off the coast of California on Thursday, after a passenger who had previously disembarked became the first person in California to die from the virus.

The number of cases has increased quickly. As of Feb. 23rd, only 19 cases have been diagnosed in the United States.

According to the World Health Organization as of March 5, 95,270 cases have been reported worldwide. The death toll continued to rise, with 3,280 reported, and 79 countries reporting at least one case of the virus. China, the Republic of Korea, Italy, and Iran have the largest numbers of cases, with China having the largest at 80,565 cases.

On Feb. 26, the CDC stated at a press conference that the coronavirus is “rapidly evolving and expanding.”

No vaccine exists to treat the virus and the CDC recommends non-pharmaceutical interventions that are similar to preventing the flu. School closures to prevent the spread of the virus may be used in some communities and with education continuing online. Businesses may need to use video or telephone to replace in-person meetings. The CDC stated that some of these precautions may result in secondary consequences such as missed work and loss of income. Even in areas where the virus has not yet been reported, such as Ohio, families are urged to make plans for what they will do in the event of school closures.

Talawanda schools will be following the plan created by the Ohio Department of Health. The schools are to develop flexible attendance and sick leave policies for students to stay home if a family member is ill. The schools have a responsibility to alert the local health department about any large increases in student and staff absences because of respiratory illness.

Schools should consider temporary dismissals of 14 days if a student or staff came to school before being diagnosed and was later diagnosed with the coronavirus, according to the state plan. It is recommended that extracurricular activities be canceled and socialization outside of school be discouraged in the event of school cancellations.

Talawanda will continue to inform parents on developments during the cold and flu season. Guidelines on what to do for fever, diarrhea, vomiting, runny nose and coughing are being given to parents. It is recommended to practice frequent hand washing with soap and water.

“We continue to regularly remind Talawanda families that proper handwashing is the number one prevention measure we can all use to stay well, and the importance of helping the child practice this at home as well,” said Holli Morrish, the director of communication and public engagement at Talawanda.

Hand washing is the best way to avoid the spread of the illness. It is recommended to wash your hands before and after preparing food, using the toilet, touching an animal or animal waste, blowing your nose, coughing, sneezing, handling garbage, or handling pet food, according to MayoClinic.

Hand washing should include soap and water with either warm or cold water. Hands should be lathered for 20 seconds and rinsed for 10 seconds. Hand sanitizer should be used that contains over 60% alcohol. Children can be encouraged to wash their hands for the proper duration by singing the “Happy Birthday” song twice