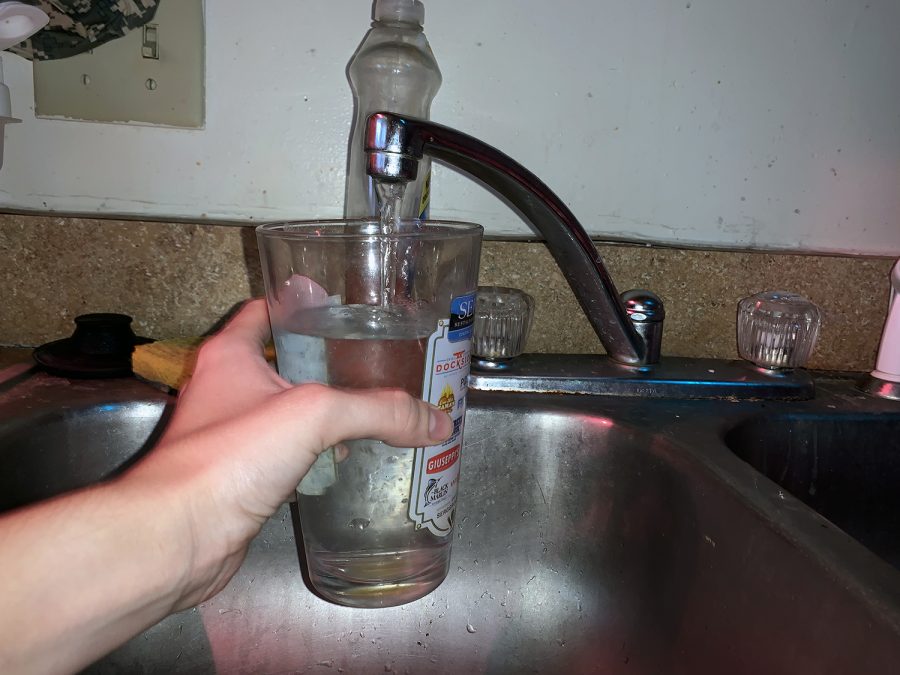 Water that comes out of the tap in Oxford is “hard,” meaning it has high levels of minerals that can cause limescale to form on faucets and clog and damage water heaters and other plumbing. Photo illustration by Mallory Hackett

There is nothing unsafe or unhealthy about the water, which is pumped from the local aquifer, officials said, but it is “hard,” meaning it contains high mineral concentrations of calcium and magnesium. It is safe to ingest and use to wash with, however, it can lead to stains in showers, sinks and clothes, as well as high water bills due to appliances having to work harder according to Whirlpool.

Oxford’s water contains large amounts of magnesium and calcium which has resulted in a hardness level of 380 mg/L. In comparison, Hamilton’s hardness level after treatment is 140 mg/L.

Prior to this, many Oxford residents purchased their own private water softening systems.

“The water in Oxford is, unfortunately, the worst water I’ve ever had,” said Gena Damron in an online forum. “It tastes terrible and clogs everything. We have to filter the water we drink and use a softener for the whole house. It would be greatly appreciated if the city did something to improve the water!”

The city hopes that softening the water at the water treatment plant will be more cost-effective for the entire population.

Strand Associates, Inc. was selected as the engineering firm to lead this plan. They were the top choice from the city’s selection team despite their fee being the highest of all companies considered. They will charge $146,000 for their services, which will come out of the $500,000 budget, approved by the city council last month.

To determine which technology will be implemented, the firm will evaluate how well each system adapts to the existing water plant, the costs of the production/disposal for each softening material, the impact of softening on the finished water and how much water it can treat.

After a softening option has been selected, a pilot study will be conducted to test the effectiveness of the treatment before and after which will be completed in October of 2020. Once the test is completed, and if the results are successful, Oxford then must choose whether to move forward with installation in 2021.