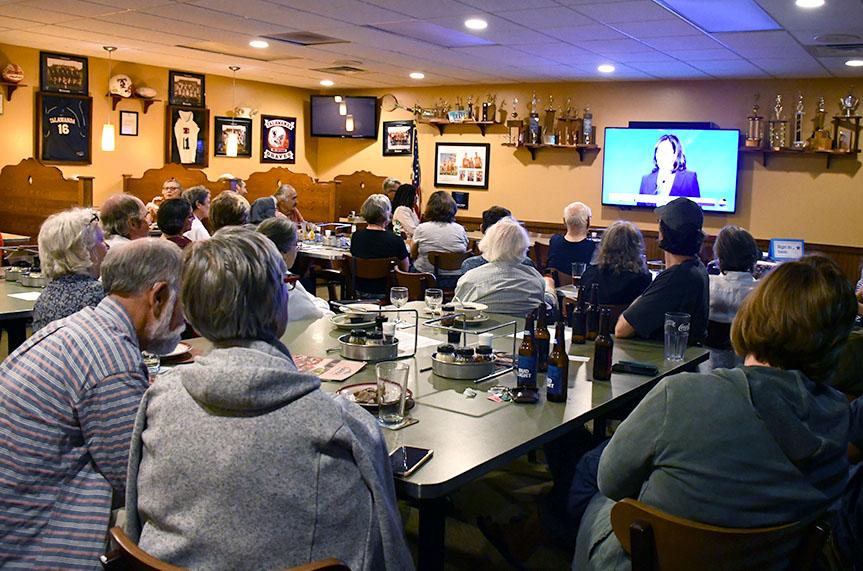 A group of Oxford Democrats gathered at LaRosa’s Pizzeria Thursday night to watch the Democratic presidential debate in Texas. By the end of the evening, the consensus was that there are several good candidates, but no clear winner.

As they waited for the 8 p.m. debate to begin, several at the gathering discussed the relative merits of the 10 candidates who would be on the stage in Houston.

“There are a lot of good options, I’m looking forward to seeing how Biden, Warren and Bernie battle it out,” said Jason Bracken, who is running for a seat on Oxford City Council this fall.

Several of the 30 or so people at the Oxford gathering, which was sponsored by the Butler County Progressive Political Action Committee, attended previous debate parties earlier this year. But a few new faces came in, which generated more buzz and excitement.

For the first time Elizabeth Warren, Joe Biden and Bernie Sanders, the three candidates with the highest polling numbers, would all be sharing the stage with one another. Previous debates, which involved 20 candidates, were held in shifts over two days. More stringent qualifying requirements for this round had cut the field to 10 candidates Thursday night.

Prior to the debate, the Observer asked residents on the Oxford Talks Facebook chat room what they expected out of the evening.

“I don’t think we’ll learn much of anything new about the candidates debating tonight,” responded Shana Rosenberg, of Oxford. “I’m a big fan of Elizabeth Warren, and I’m looking forward to the face-off between Biden and Warren/Sanders.”

Watchers Thursday had a lot of optimism. Even if their favorite candidate does not win, the candidate might find a position in a Democratic administration.

“I see quite a few cabinet members among the 10,” Rene Hickley McKinstry said in response to the Facebook query.

“I want to see all of them run for senate, if possible, if they are not the ultimate presidential candidate in the race,” Rosenberg said.

Questions posed by journalists from ABC News, which hosted the debate, covered topics such as gun reform, immigration, health care and racism in America.

During the three-hour debate everyone in the Oxford audience was focused on what each candidate was saying, and reacted with one another whenever a strong point was made by one of the candidates. Some comments were met with laughter, others were “oohs” when one or another candidate was called out by a competitor. 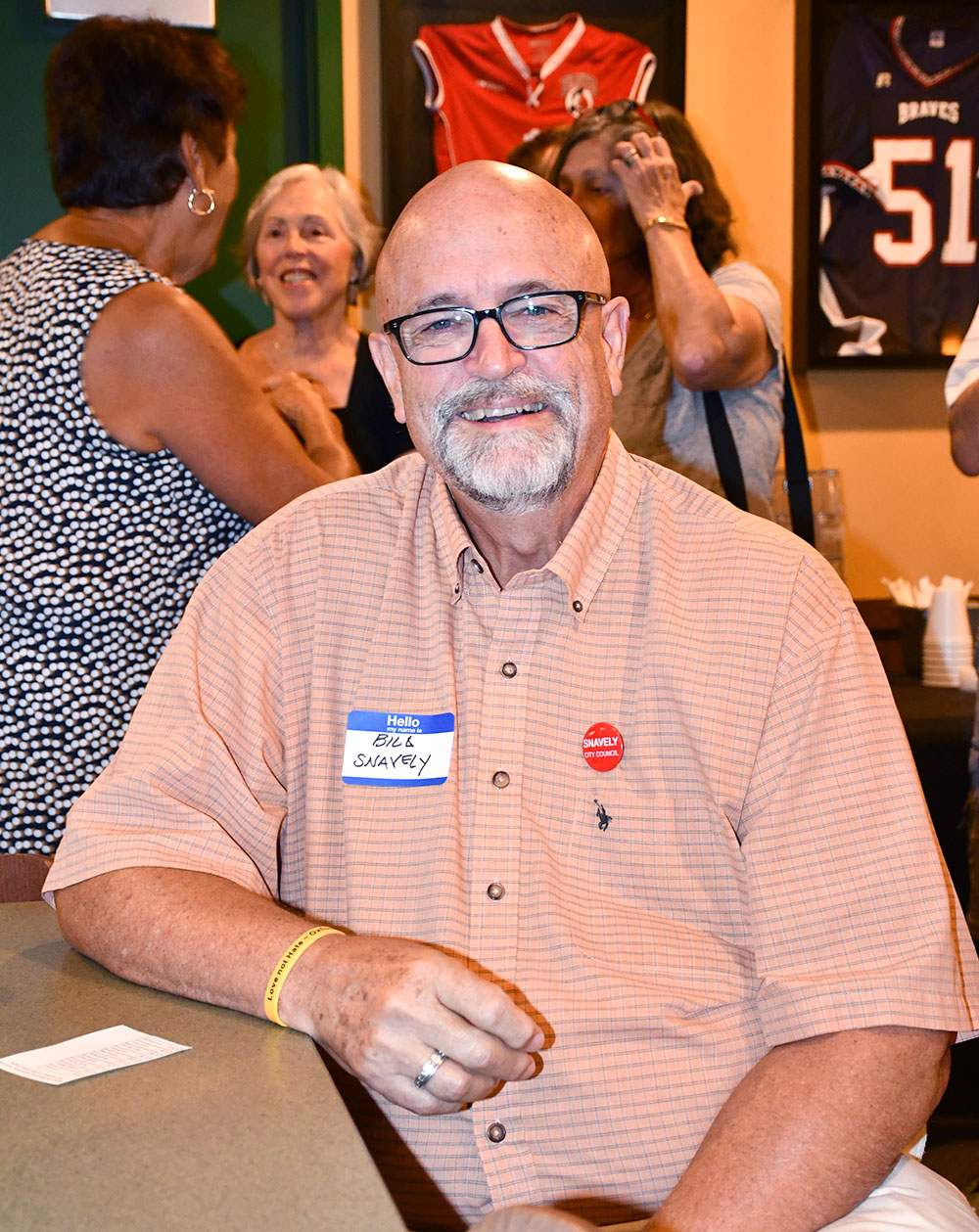 Bill Snavely, a candidate for Oxford City Council this fall, said candidates who maintained their cool made a stronger impression on him. Photo by Lauren Shassere

Some moments that drew the biggest reactions from the Oxford crowd were: Kamala Harris’ opening remarks, in which she directly criticized Donald Trump;  the debate on whether to have single-payer healthcare, which saw Sanders and Warren tag team Biden; Julian Castro’s remarks about Biden’s memory; and an impassioned speech by Beto O’Rourke about the need for gun reform,

When candidates started to get more amped on a particular issue, Snavely suggested they try to keep a cooler head and not speak over one another.

“They gotta be real careful, interrupting frequently especially if you don’t have something meaningful to say, it can hurt your credibility,” Snavely said.

P.G. Sittenfeld, a member of Cincinnati City Council and a guest at the Oxford event, said he wanted people to remember that while watching the debate, they should not fall too far under the sway of any one candidate at this point in the campaign process. Sittenfeld was an unsuccessful candidate for the Ohio Democratic nomination in the 2016 race for the U.S. Senate.

“The most important person is whoever the nominee is,” said Sittenfeld. “Be passionate, but don’t let it be a detriment.”

Whoever the eventual nominee is, he or she will need a united Democratic front, Sittenfeld said.

The next debate will take place at Otterbein University near Columbus, Ohio Oct. 15. If more than 10 candidates qualify to participate, the debate will be spread over the two nights of Oct. 15 and 16.