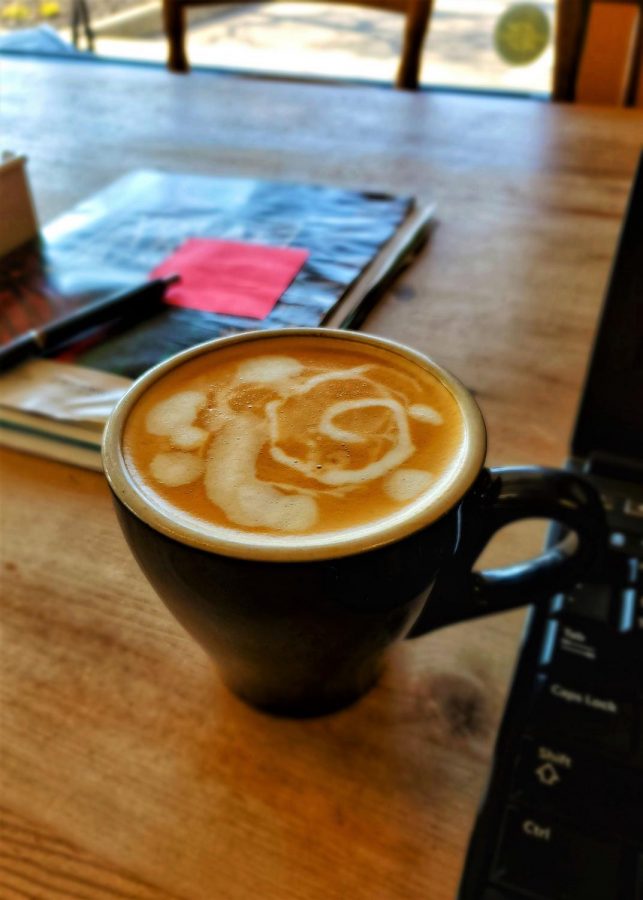 A cup of espresso from freshly ground beans was a specialty at the Oxford Coffee Company cafe. Photo provided by Mostafa Rousta

Schools shut down, meetings are virtual, work is done remotely — and now, COVID-19 has forced the closing of one of Oxford’s popular coffee bars.

On May 14, the Oxford Coffee Company announced on Facebook it will permanently close its cafe doors to the public. The company will continue to operate as a roaster and sell and deliver coffee locally. But the cafe — that served coffee and espresso drinks from freshly ground beans, along with fresh pastries, hot sandwiches and free Wi-Fi  — and made 21 Lynn St. a hot spot for townspeople and students alike, is no more.

Since opening in 2012, the Oxford Coffee Company has been one of Oxford’s gems for regulars like former Miami University instructor Mostafa Rousta. Rousta classified the coffee shop as his preferred office. Rousta said he regularly stayed at the shop from early morning to mid-afternoon, and cherished the quaint and quiet shop as a place for work and community.

Rousta said regulars and employees would discuss life, politics and academia over Oxford Coffee Company’s drinks. The biweekly Saturday morning music concerts, with owner Robert Thurston’s daughter Lara on vocals, were the highlights of his month. 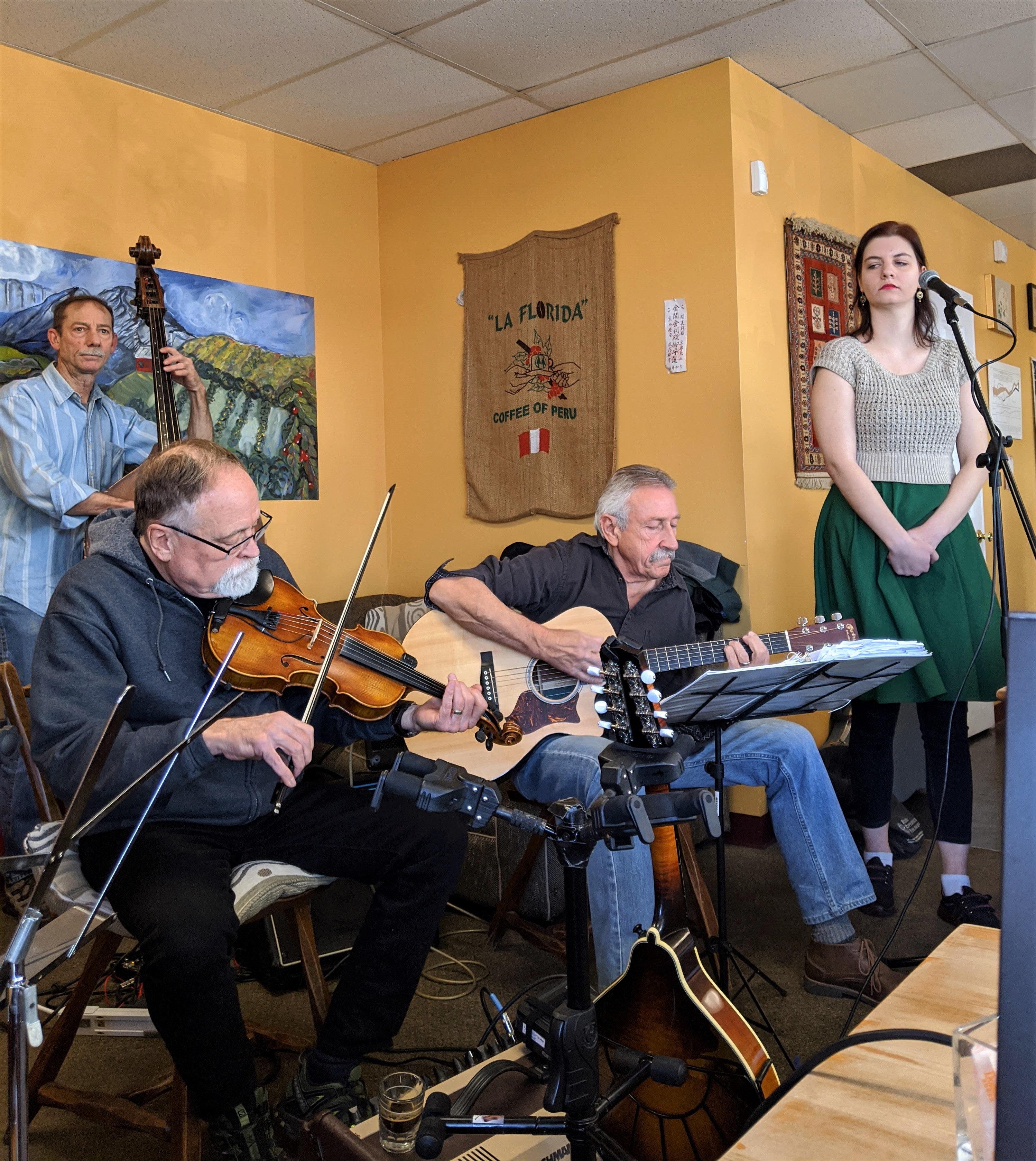 The Saturday morning music by the Gypsy Jazz Band, with Lara Thurston on vocals, was a regular feature. Photo provided by Mostafa Rousta

“For me, coffee is usually the other things it comes with,” Rousta said. He added that when he travels, he visits 12-20 coffee shops per city in search of new and unique drinks and cafes. “The coffee shops around the world, they’re more than just coffee shops.” Rousta said out of all the shops he’s visited, none compare to the atmosphere he found so inviting at Oxford Coffee Company.

Robert W. Thurston, managing partner of Oxford Coffee Company, is a historian and renowned coffee expert. Thurston, a former Miami University professor, authored “Coffee: From Bean to Barista” and was an author of “Coffee: A Comprehensive Guide to the Bean, the Beverage, and the Industry.”

After starting his career researching the politics of Russia and the history of witch hunts, Thurston transitioned to studying coffee to look at something more modern and used coffee as a proxy to study globalization in the context of coffee’s politics. Thurston has traveled to coffee farms around the world for his research, and a decade after he began studying coffee, he put his extensive coffee background into motion by opening Oxford Coffee Company.

Thurston said with social distancing restrictions set by the COVID-19 pandemic, it isn’t feasible to re-open the cafe amid stringent occupancy guidelines that would only allow five or six people in the shop at a time.

Thurston said the company will continue roasting coffee, selling through delivery and in stores. Coffee can be ordered for no-contact delivery over the Oxford Coffee Company website. It’s also sold at the MOON Co-Op and other local stores. The company recently started a coffee of the month club, where customers pay to be the first to try new coffees and have specialty coffees delivered to their door.

Thurston said he’s been pleased with how business has fared, despite the COVID-19 pandemic, and that with many people still hesitant to go out to eat, they’re looking to make higher quality food and beverages in their own kitchen. “A lot of people are interested in making better food and better drinks at home,” Thurston said. “We’ve done well the last couple months just roasting coffee and delivering it free, no-contact in the Oxford, Reily and Hamilton areas.”  However, Thurston said the changes forced the company to cut much of its staff. 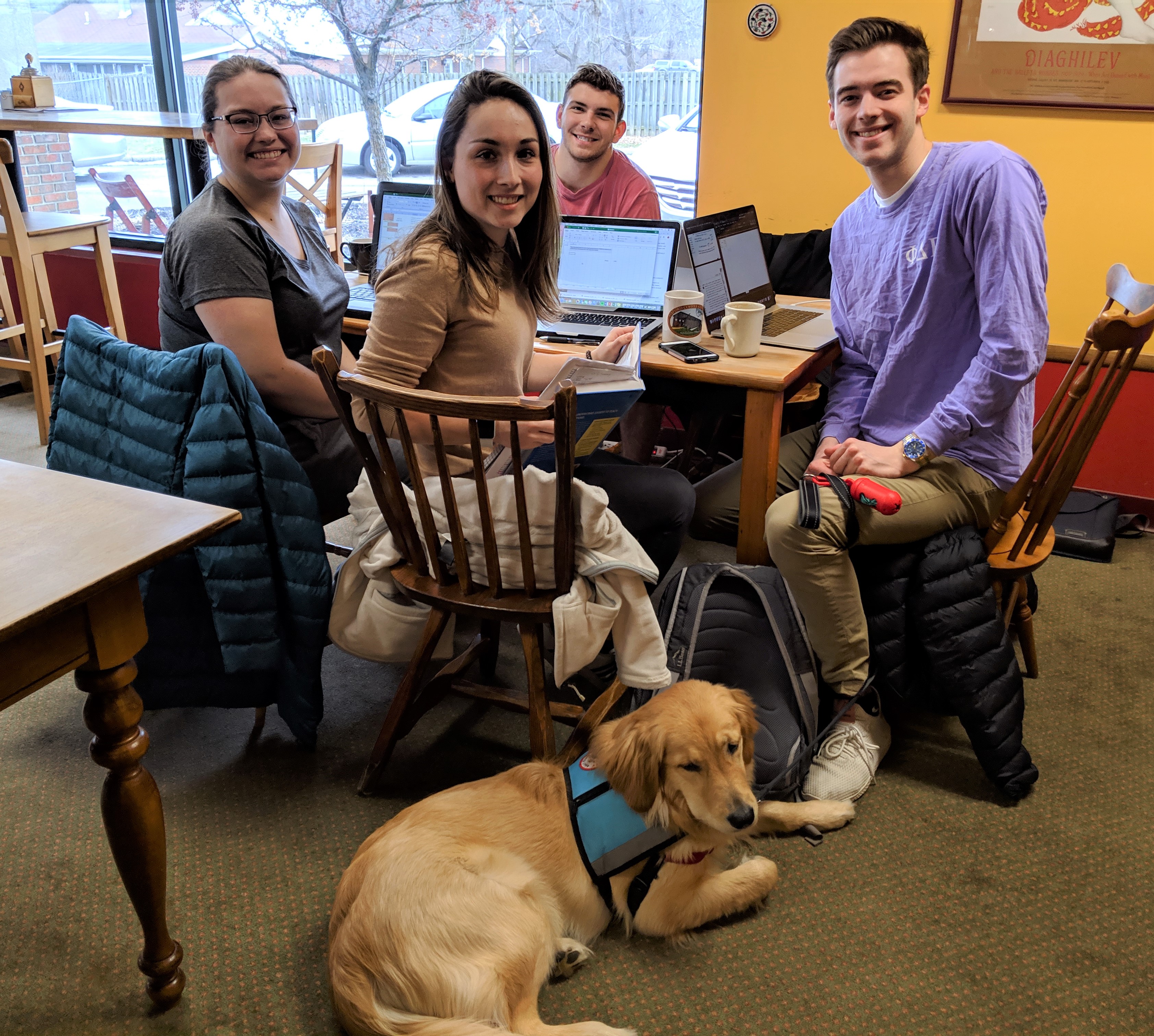 A group of regulars sip their coffee and work around the table at Oxford Coffee Company, during pre-virus days. Photo provided by Mostafa Rousta

Thurston anticipates moving in August to a new roasting location in College Corner, Ohio that will offer significantly cheaper rent — about a third of what rent is in its Oxford location near Burrito Loco and adjacent to LaRosa’s.

Thurston said he hopes to continue delivering high-quality coffee to the people of Oxford and that this transition could actually allow the company to expand its business. He said you can generally have a higher-quality cup of coffee at home, because you can make it to your preference and be certain your beans are freshly ground. Thurston is particular about how he prepares his coffee at home, using beans freshly ground in a burr grinder and directly weighing his water and coffee grounds to meet the ratio he prefers.

“Don’t ever buy coffee at a restaurant — that’s an Italian rule,” Thurston said. “You can have excellent coffee at home from a place like (Oxford Coffee Company) for not that much money. And much better coffee than you can get from a capsule or pod machine.”

Thurston said he has no plans to reopen a cafe in the future, and that operating a shop in Oxford is difficult due to the ebb and flow of the population with Miami students coming and going.

“We definitely did a lot better when the students were in town,” he said. “When the students left a whole lot of the professors also left town. We had townspeople, undergrads, graduate students, professors, retired people. We had all kinds of people in our store. But always starting about May 15 every year business would really fall off… and not really pick up again until late August.”

With many Miami students now out of Oxford for an extended amount of time, Thurston said he’s worried about the local economy and whether Oxford’s small businesses can survive.

To help local businesses, the City of Oxford developed a two-part local small business stimulus plan. Part one allows brick and mortar companies to apply for the city to buy $2,000 in gift cards to be resold at a later date. Part two allows local brick and mortar businesses to apply for up to $5,000 in 0% interest loans. The city has donated $200,000 to the Community Improvement Corporation for each part of the stimulus plan.

Jessica Greene, Oxford’s assistant city manager, said it will be important for residents to support local businesses if they’re going to weather the storm that has ensued from COVID-19.

“With the loss of students so early, we lost several more months of a huge number of people who live in our community,” Greene said. “And so that was an added layer in our community that other communities aren’t facing.”

“We’re all still holding out hope that things are going to get better, that students will return, that business will start to have an uptick again… it’s going to be on all of us to put out money where our mouth is and support our local businesses.”

Greene said the brick and mortar businesses are what makes Oxford unique. “They’re what make Oxford, Oxford,” Greene said. “No one travels and gets excited to see another chain establishment.”

Oxford’s chain coffee establishments, such as Starbucks and Dunkin’ have adapted less drastically to the pandemic than Oxford Coffee Company, with Starbucks having already done a significant portion of its business through mobile orders, and Dunkin’ able to keep its drive-thru open and being open for carryout.

Kofenya, a local coffee shop on 38 W. High St. in Uptown Oxford, has also stayed open, with carryout and no-contact curbside delivery orders available, as well as home delivery, according to posts from the shop’s Instagram page.

Rousta said he prefers a local coffee shop like Oxford Coffee Company because of its quiet atmosphere and because he can talk with customers, employees and managers at the store. He said you can’t find that at places like Starbucks. 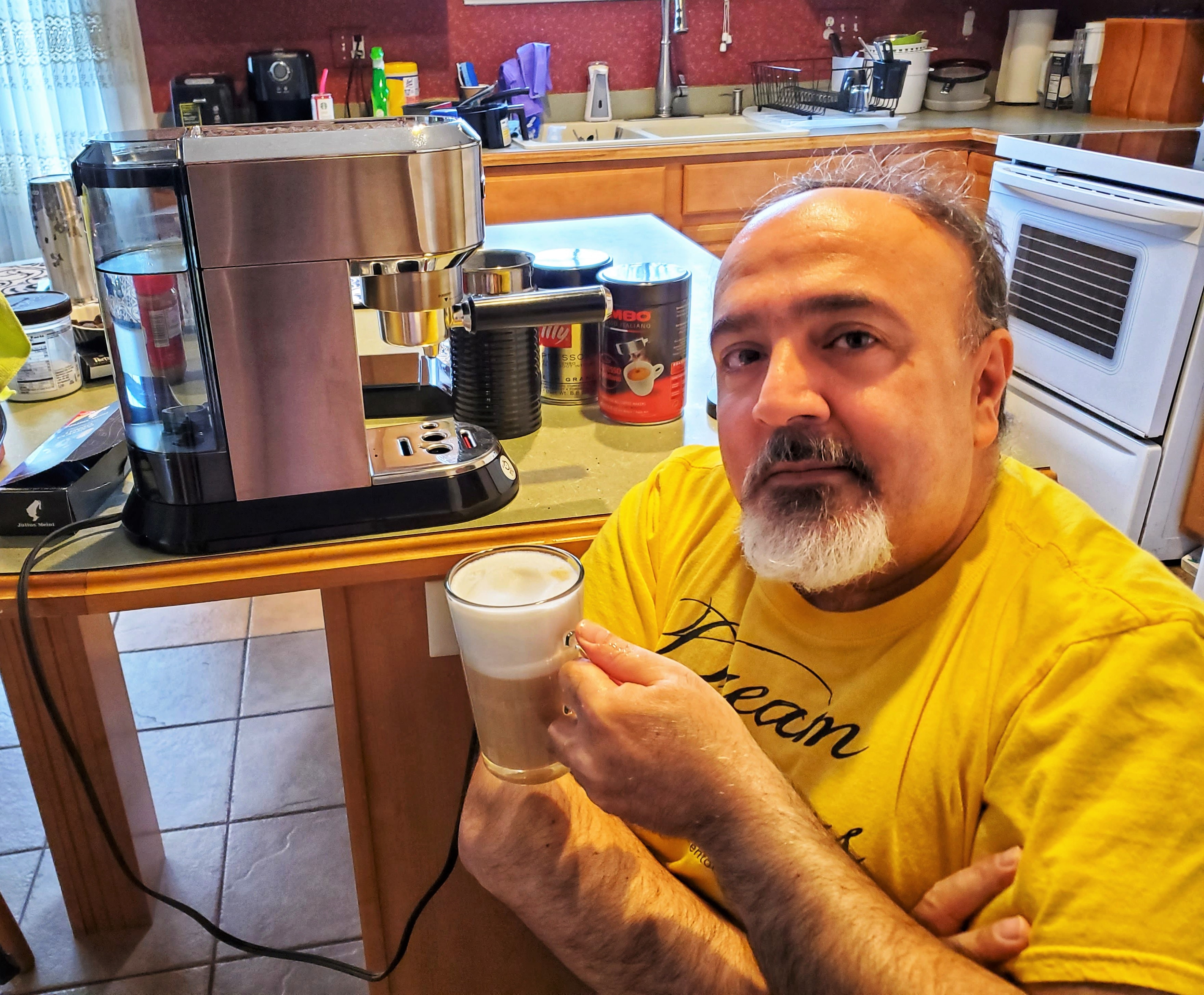 Rousta, who has now made his home his office, said he still chats with the others who frequented Oxford Coffee Company’s cafe over social media, and that they’ll still talk about the Oxford Coffee Company brews they’re enjoying. But instead of inside the small and quaint shop at 21 Lynn St., characterized by its pasty yellow walls and bright red roaster in the corner, the discussion has transitioned to the vast virtual world that continues to keep people connected while they long for the world that was once more intimate.