’Tis the Season to Be Hairy? Police Fund-raiser Grows Longer 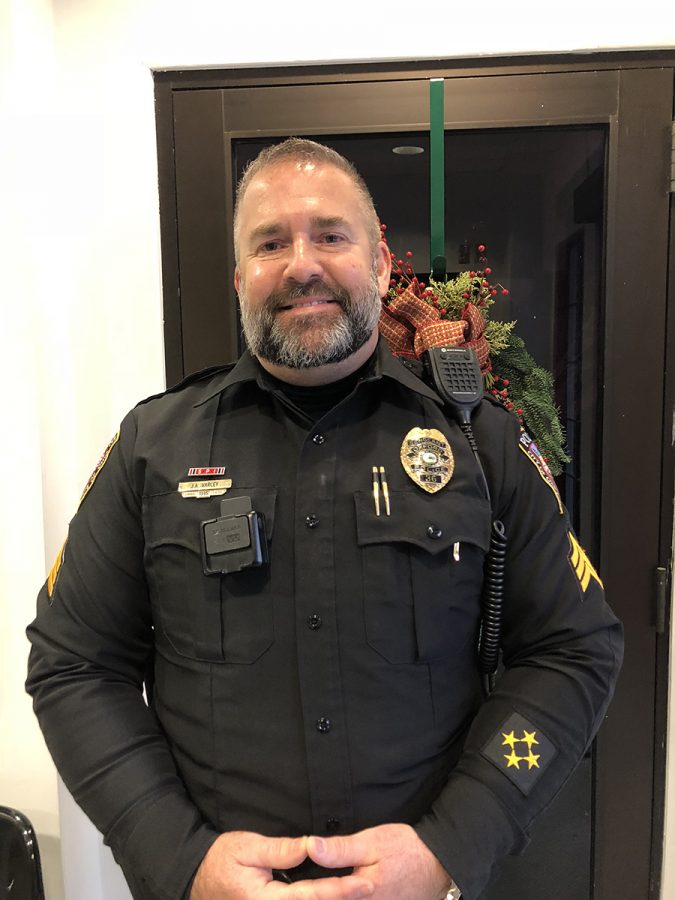 Oxford Police Sgt. Jon Varley, with his beard as of Dec. 5, is one of 21 city officers growing a beard in November and December to promote public interaction with police and to help raise money for Team Quintin. Photo by Peyton Gigante

Men with badges and beards have been patrolling Oxford since the beginning of November—or the middle of November, depending on how fast some people’s whiskers grow.

“This year we put out a vote for who we wanted to raise the money for, and we chose Team Quintin,” Jones said.

Quintin Richardson,  the 8-year-old son of one of Oxford’s Parks and Recreation Department employees, is battling recurrent leukemia at Cincinnati Children’s Hospital Medical Center. According to Team Quintin Updates, he has undergone radiation and chemotherapy treatments and received a bone marrow transplant in late November.

“I think It builds community, not only with our department, but within our city. Especially within our city departments because it’s a person in another department’s child,” Oxford Lt. Lara Fening said of the beard growing fund-raiser. “It humanizes us, and the guys are putting themselves out there to get voted on, so there’s a little vulnerability there.”

The 21 officers participating in the event each paid $40 for the month of November and another $40 when it was decided to extend the beards into December. More money is raised when the officers “challenge” each other to shave. It costs $10 to issue such a challenge and the officer challenged can counter with another $10 to keep a razor away from his chin, according to Oxford City Office Manager Amy Gabbard, who is monitoring the activity.

“We never get to have beards or anything, so it was kind of nice just to try it for a little while and just mess around and have some fun with it, from our end,” said Sgt. Jon A. Varley, who now has well-groomed salt and pepper coverage on his chin and cheeks. “But the bigger thing is all the money that we’re donating that we pay in per month not to shave.”

In addition to helping Team Quintin, the police department sees this as an opportunity to interact with the public, using the beards as conversation starters because other than mustaches, officers normally aren’t allowed to cultivate facial hair.

“The rule is very long and culturally established policy in most departments across the country, but particularly in this part of the country,” Fening said. “There’s a perception of professionalism with a clean-shaven face—and that’s over decades and decades of police department culture.”

Because they can never grow facial hair, some of the participating Oxford officers are surprised by what theirs looks like when it finally grows in.

“I didn’t realize mine was going to be gray, because I can never grow facial year,” said dispatcher clerk Robb Kingsley. “My beard used to look like a calico cat, but now it’s primarily gray.”

The challenge brings some new competition to their workplace. The contest “shows that the administration is not so rigid. We can do something fun, and be with [the] community,” Jones said. 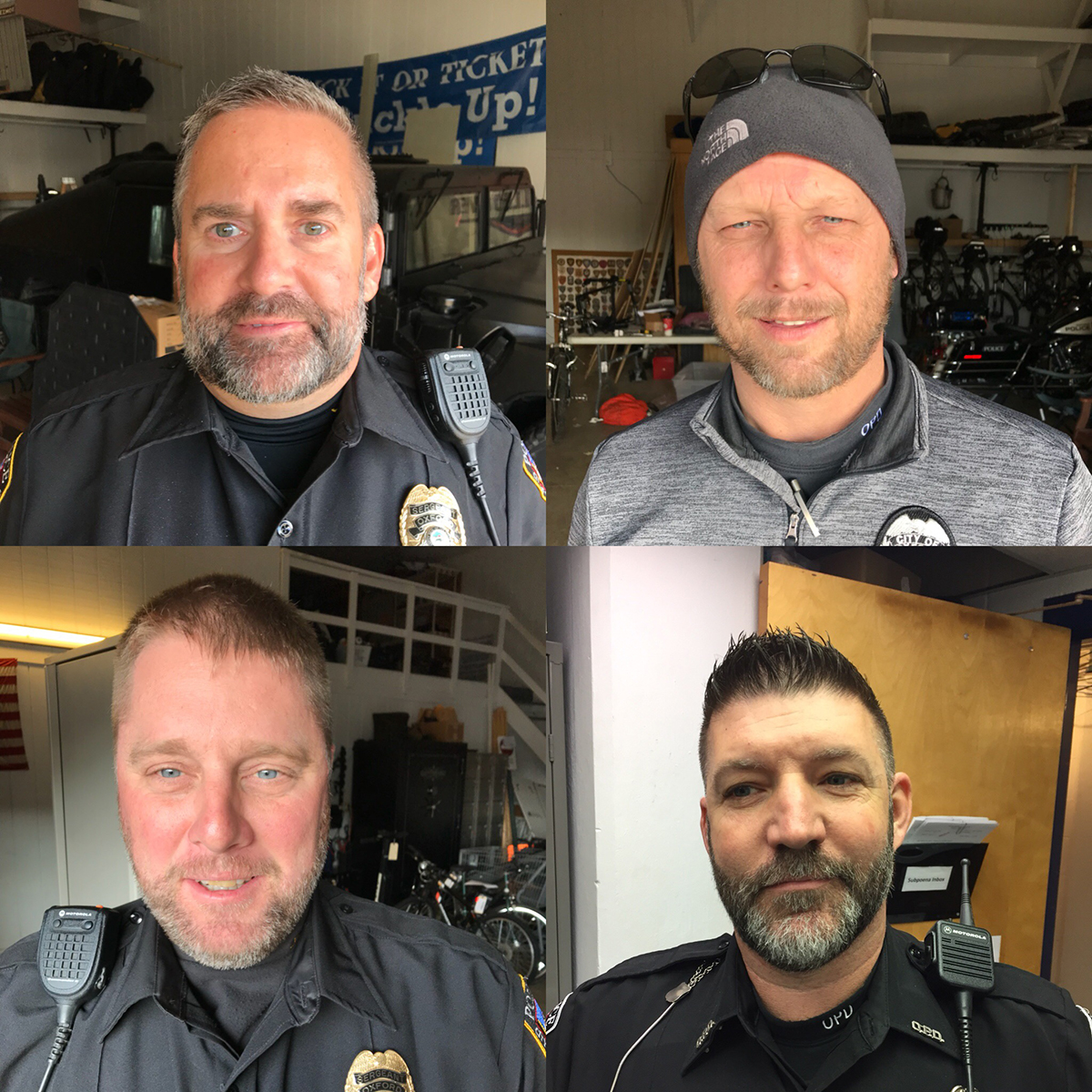 Not only does it promote public outreach because it raises questions about why they have beards, but it brings voting to the public via Facebook.

“Last year, we had a large number of ladies that commented on Facebook—everyone’s taste is different,” Fening said. The objectively best beard might not win the popular vote, she implied.

No matter. For these officers, the real reward comes from giving.

Even though Quintin’s family is in a different city department, “we’re all still a family,” Varley said. “Individually, we can help a little bit, but together and everyone donating? We can help out a lot more.”