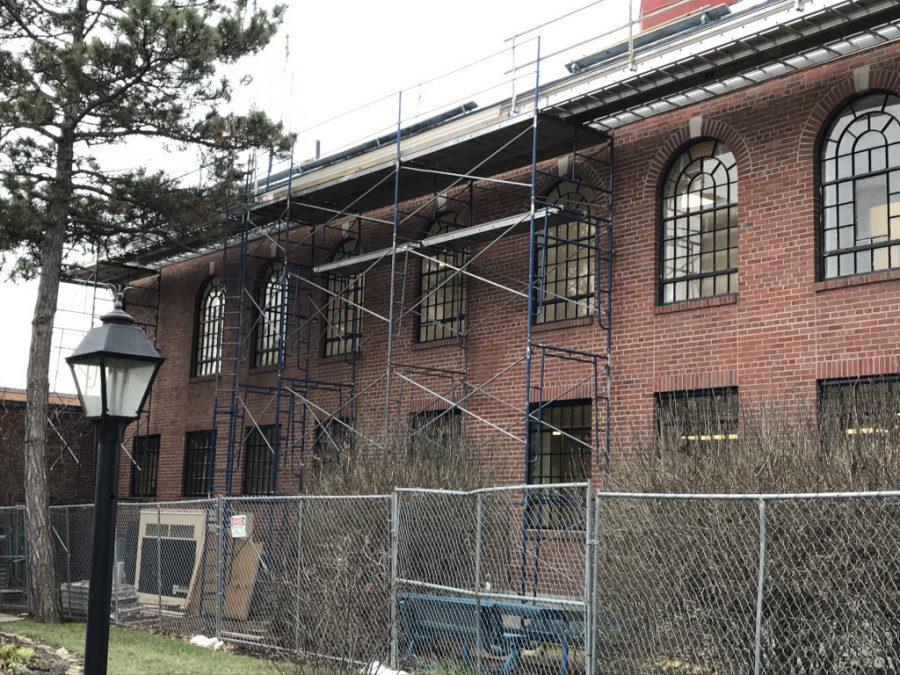 The city hopes to have the reconstruction of the old municipal building into the new police station by May or June. Photo by Patrick Keck

Hiring a new police officer, moving into a new police station and dealing with the old problem of break-ins at unoccupied student apartments during Miami’s winter break are on the forefront of Oxford Police Chief John Jones’ mind in the new year.

Jones has been interviewing candidates for a new police officer position since city council approved a new hire late last year. The position was created after the Talawanda Board of Education determined it would pay for full-time school resource officers in each of the district’s five schools.

Oxford had assigned officers to the two schools inside city limits on a part-time basis, but those assignments will now be full-time during school days. The resource officers for schools outside the city come from the Butler County Sheriff’s Department.

The new hire will not necessarily be assigned to the school resource post, but will bring the department’s compliment to 18 full-time officers, six sergeants, two lieutenants and one chief, Jones said.

“We are looking for someone who is motivated to help people, a self-initiator and matches our value set,” said Jones. “This would be someone who has dedication, loyalty, a clean background, and common sense.”

In a college town, Jones said the new officer would have to be someone who is level-headed and patient enough to deal with college students who might be under the influence. He expects to make the hire early in the year.

A new station in the new year

Another major project waiting completion is the new police station, taking over the old municipal building which is undergoing extensive remodeling. The new Oxford Municipal Building is at 15 South College Ave., where city administrative offices are.

According to the city website, the $3.7 million construction project will “restore the cupola to its 1939 state” and create new interview rooms, conference and training rooms and a lobby. 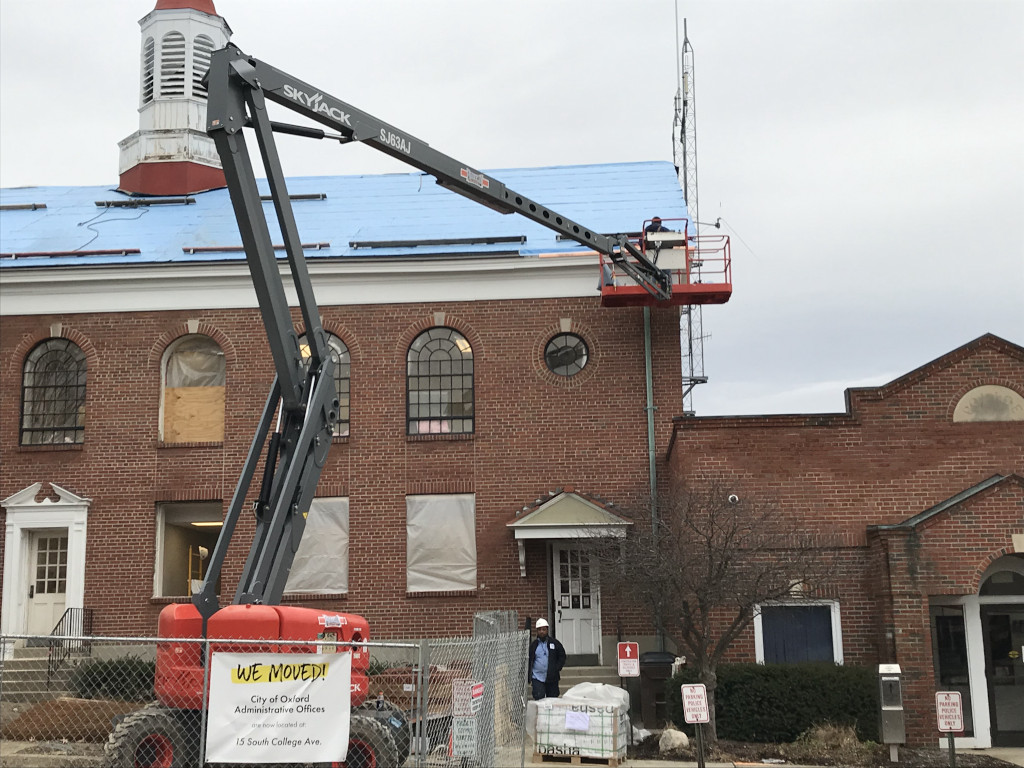 Workers will restore the cupola on the roof to its original 1939 state as part of the police station reconstruction. Photo by Patrick Keck

While making the station more modern is visually pleasant, Jones said it will also help the department do its job. Updates such as a sally port garage door will keep suspects from attempting to flee, while the new rooms will meet space needs.

“It will help our safety, efficiency, morale, and productivity,” said Jones. He added that the new training and conference rooms will be much more convenient than having to request spaces.

Jones said the goal is to have the upper floor finished by February, marking the move of officers into the first and second floors, after which phase two of the project will begin. That phase, involving the basement and the dispatch and command center, should be finished by May or June.

“It has been challenging since [last] June,” said Jones in reference to the construction. “But it will be very rewarding once it is complete.” 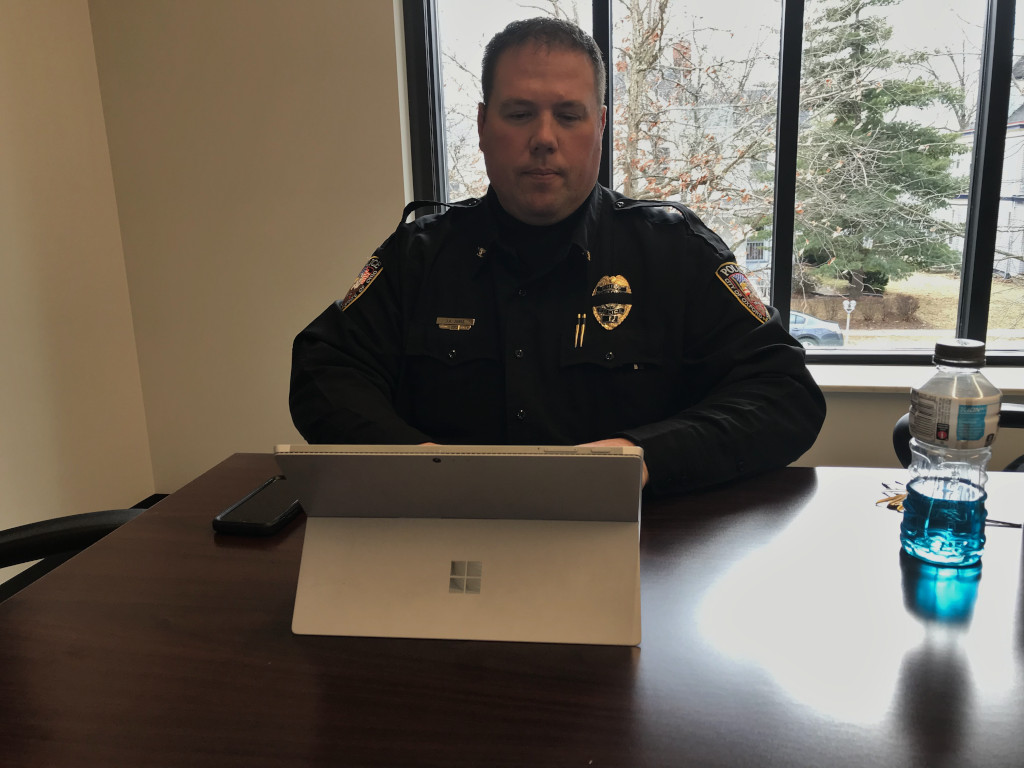 The police department is keeping a watchful eye on student properties that have been left vacant during Miami University’s winter break, which runs through the end of the month.

Some students who have already returned found their places broken into, said Jones. Jones said at least three break-ins have been reported during the winter term.

Students who filled out vacant house checks before they left in early December have had their properties monitored by OPD. Jones said that he wants those properties to be checked at least three times while the students are away from Oxford.

Jones said the goal is to make Oxford as safe as possible for its college students and citizens during the new year.