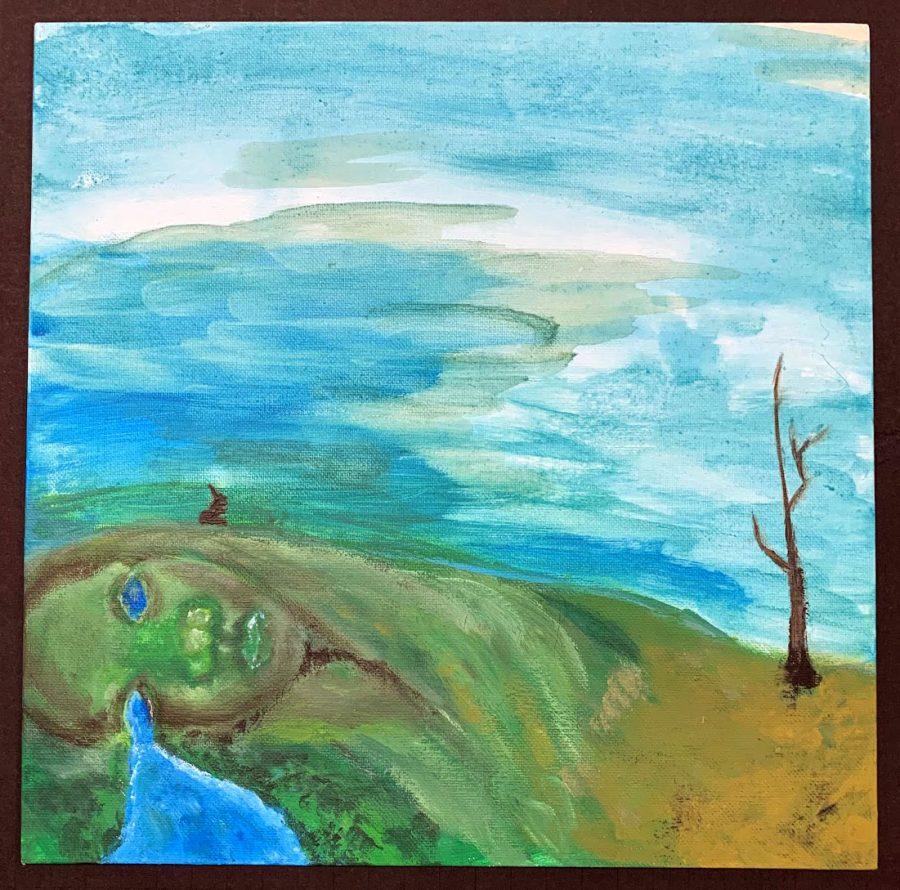 Mother Nature seems to be weeping in this painting from Cindy Kettlewell’s eighth-grade class that sought to describe climate change through art. Photo provided by Cindy Kettlewell.

The ECO (Engaging for Climate in Oxford) Team is educating the public about climate change and encourages people to engage in eco-friendly habits. Kettlewell decided to get her class involved after meeting the two of the three ECO Team founders: Katie Feilen and Shafkat Khan.

“[Climate change] is such an important topic, and a difficult topic for students to understand,” Kettlewell said. “The opportunity to make it real, ‘in their own backyard,’ was important. I asked the students to create emotion through their art, because evoking emotion often initiates change, or at least conversation and conversation opens the door to evidence based discussion.”

The project was titled “In Your Backyard” to highlight how art can represent local, meaningful changes, where data doesn’t inflict as much of an emotional response.

The title of the assignment also underscores how climate change is an active force today in the students’ lives and how the effects are still present in their environment.

Kettlewell chose to assign art projects rather than science projects to encourage the students to use their imagination and explore how art works with metaphors and interpretation.

“The project was purposefully open-ended,” Kettlewell said. “In class, we discussed ways to get people thinking, for example, using metaphors to show a changing scene. Beyond that, it was up to the student to choose the medium and topic. It gave students total control over their projects.” 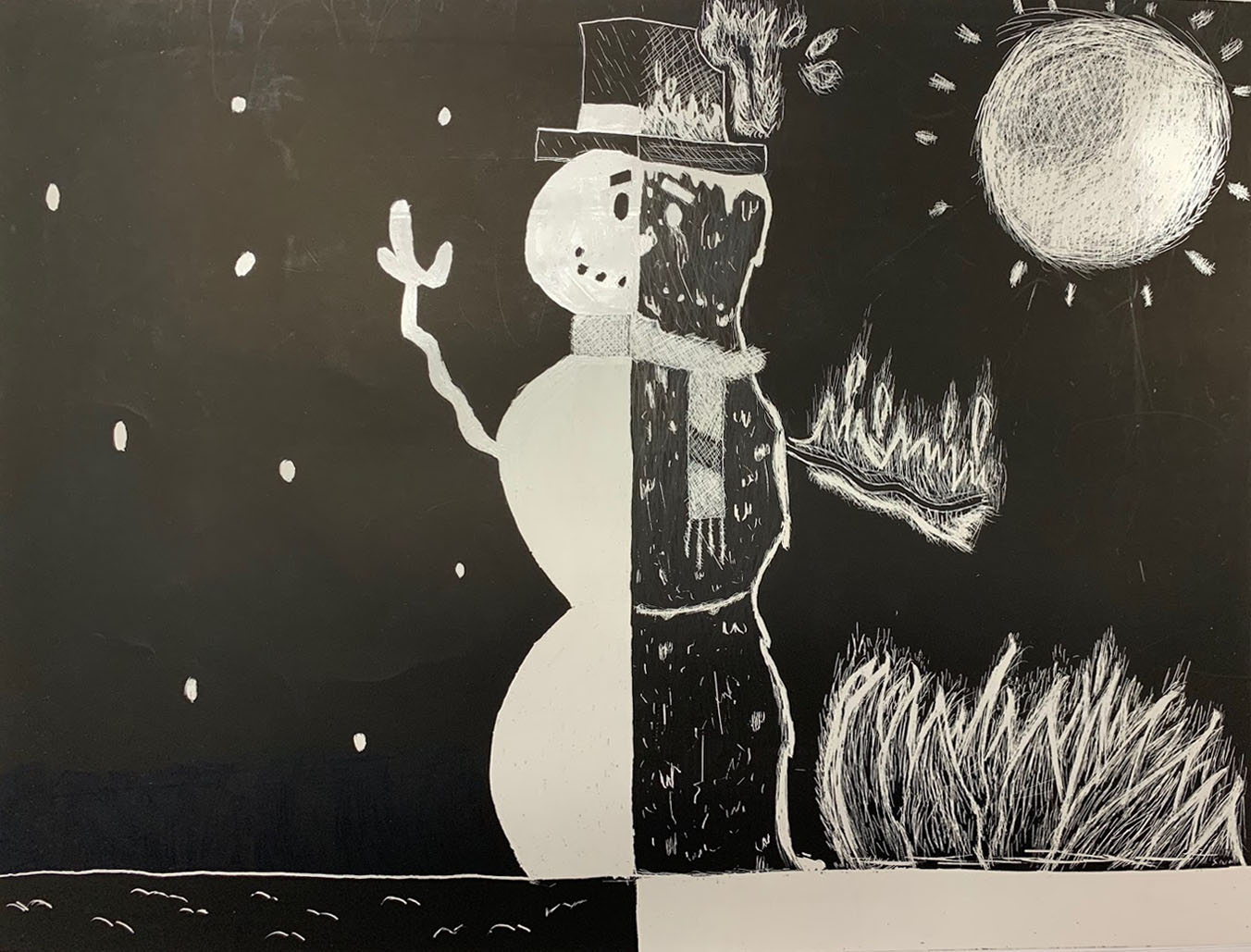 The hot and cold version of a snowman is supposed to symbolize climate change in this painting from Cindy Kettlewell’s eighth-grade class. The artwork was part of the “In Your Backyard” project, originally was displayed at Talawanda Middle School, but now is at the Oxford Community Art Center. Photo provided by Cindy Kettlewell

The students turned in a range of creations such as collages, paintings, sculptures, models and sketches, all embodying each student’s understanding and thoughts relating to climate change.

Kettlewell also helped launch a team of “climate ambassadors” among the students. These students were responsible for spreading the word about the environment and its current state by talking to their family and friends about the project. The students’ work in class continued to generate awareness of climate change, as well as to get the students even more involved.

Kahn and Feilen also presented to the climate ambassadors about the topic and how to bring it up in daily conversations.

“Participating with Feilen and Khan gave the students an opportunity to see local evidence of climate change and that was very powerful for them,” Kettlewell said.