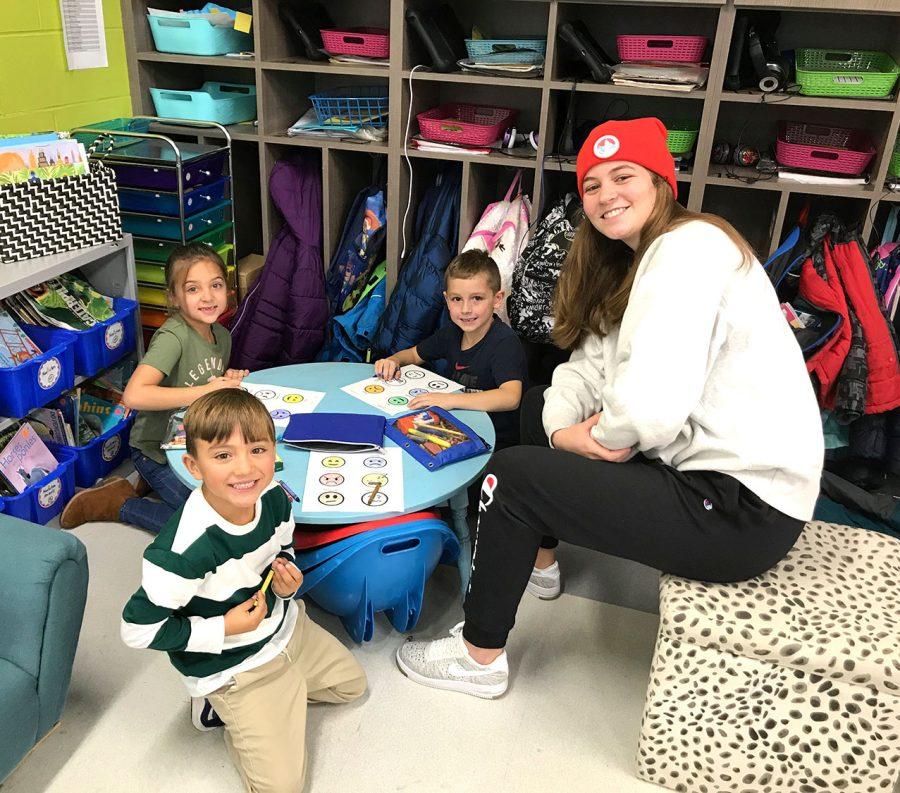 A group of college students from Miami have been talking with first graders at Kramer Elementary School last week—in Spanish.

Three sections of Miami’s Spanish 111 course, an intense conversational class taught by Prof. David Motta, visited Kramer over the course of several days in late November and early December to give the younger children a chance to hear and learn some basic phrases in a foreign language.

Each college class was divided into groups and picked a topic to teach to the Kramer students. Topics included such basic conversational topics as the changing of the seasons and families. The first graders and college students participated in activities, crafts, and games to learn and use the Spanish language.

“Students take what they do in class and put it into practice,” said Motta

Motta chose first graders at Kramer because he has a child in first grade at the school. He talked to the principal and the first grade teachers and they were all for the program.

Foreign languages, including Spanish, are not offered at the elementary school level in the Talawanda School District.

The first grade teachers were welcoming and enjoyed having the college students come into their classrooms. Parents and the principal of Kramer Elementary were excited as well. The principal’s son was one of the first graders.

Motta has been studying Spanish for the majority of his life. Motta’s dad is Columbian and has been exposed to Hispanic culture. After high school he moved to Argentina. After returning back to Argentina, he attended Miami University and majored in Spanish. After graduating, Motta went abroad again to Costa Rica to study linguistics learning more Spanish. While abroad, he started applying for jobs and eventually was hired by Miami University.

Motta believes Spanish and other languages should be taught at the elementary level, saying it’s the best time for students to learn a second language. “Their minds are like sponges at this age,” Motta said.