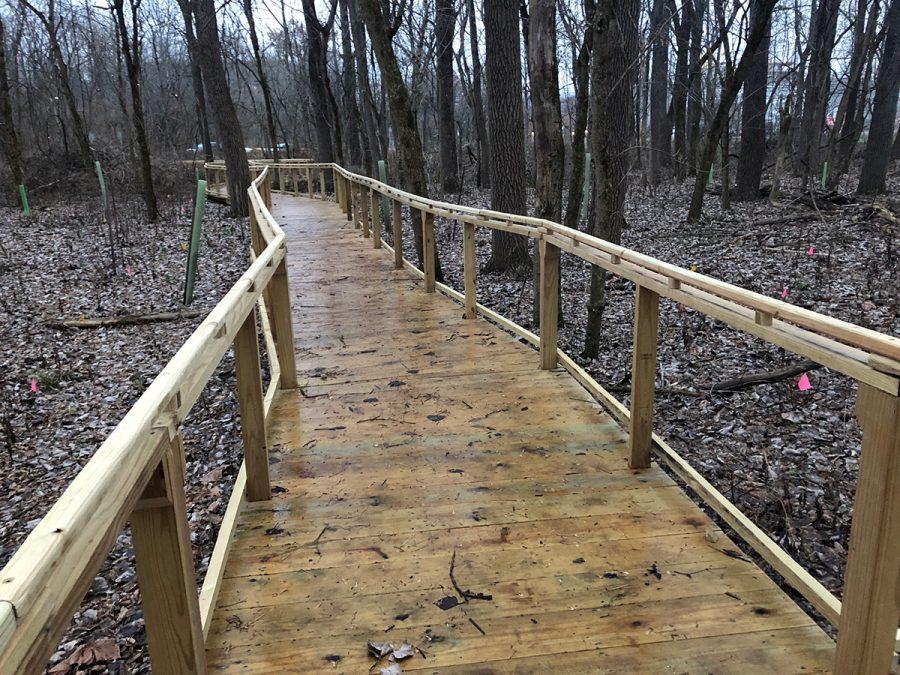 Students worked on a boardwalk through Ruder Preserve that is accessible to people in wheelchairs. Photo by Rachel Berry

Miami students and community members are collaborating to implement sustainability initiatives in Oxford and surrounding areas.

IES 474, the capstone course for a sustainability co-major, is a hands-on course that splits students into groups to focus on projects for local clients.

This course is different from the majority of classes the students will take while at Miami because it gives them a chance to work in a professional context and use the skills they have learned to help people.

“The students believe it’s real, and that changes how they interact because it’s not about getting a grade out of me,” said Scott Johnston, who teaches the course. “[They’re] agents of change.”

These projects encourage interactions between students and community members.

“By doing these kinds of projects, [students] think about not just their time here but other people—that this is a place where they live; this is their life,” said Ryan Seim, a Miami University student and member of the group working with Ruder Preserve. “So it’s something [students] can carry on, kind of a legacy they can leave.”

This is the fourth year Johnston has taught the class, which has completed projects around town including the garden behind the McGuffey Museum.

The projects only come to fruition about a fourth of the time, Johnston said. One is that clients often partner with the class when they do not have much money or any specific ideas about what they want.

One client, Ruder Preserve, is a 14-acre tract near Yager Stadium. Students are helping with an access ramp to allow people in wheelchairs to enter the woods, something the director of the project and board member of Three Valley Conservation Trust Donna McCollum said is rare.

Work to clear away honeysuckle on the Ruder Preserve began in the fall of 2016, and construction began on the accessibility boardwalk earlier this year.

The whole project has been completed through volunteer work and donations from student groups and organizations.

“We have, since the beginning, wanted to use this as a community outreach project,” McCollum said.

The capstone group has been instrumental in adding bumpers and a handrail on the boardwalk, which they designed and installed themselves, spending a collective 70 hours outside of class at the preserve. Once the weather became colder and they were unable to do as much outdoor work, the students created a master plan for the Ruder Preserve project.

“They were a great group to work with,” McCollum said. “They were very responsible. … They were inventive in terms of figuring out how we could tackle different problem areas.”

Seim said one of his biggest takeaways was how much time goes into this type of project.

“You don’t realize looking from the outside that something would take that long, that people would put this much effort, this much time, this much thought into it,” Seim said.

McCollum said the next steps on the project include adding handicap parking spaces near the reserve, which is located at the intersection of Bonham Road and Shadowy Hills Drive, where there is currently no parking lot. They also hope to add a ramp from the entrance to the boardwalk to help wheelchair users avoid what can sometimes be muddy terrain. Ultimately, they hope to continue the boardwalk farther into the woods. 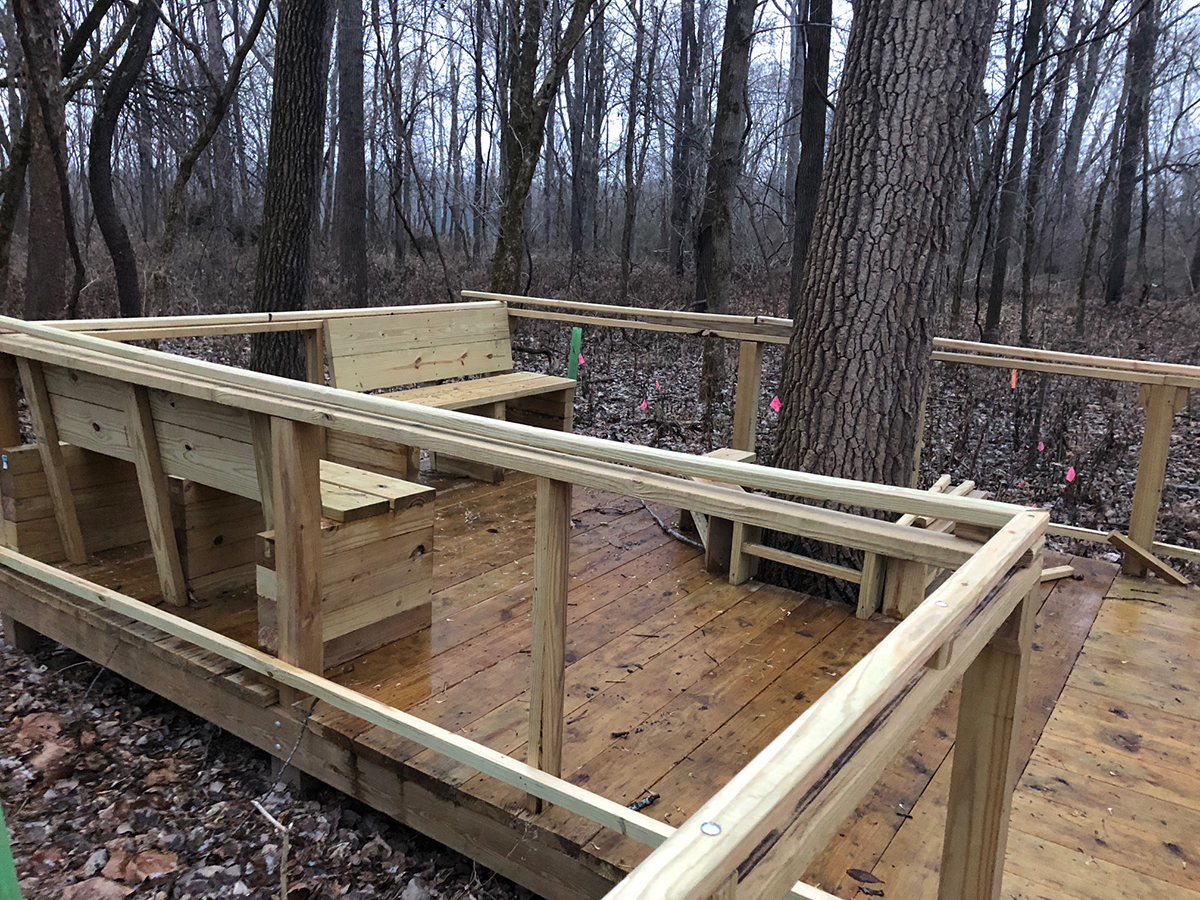 Students from the capstone class also worked on another project for the Three Valley Conservation Trust, which owns Ruder Preserve. This second group is working on plans to make Oxford a designated pollinator city, which would include pledges to increase flowered habitats and stopping or limiting pesticide use.

The two groups working for 4 Paws for Ability, which trains service dogs, focused on designing a puppy house in Xenia, Ohio, and creating social media strategies for the company’s 20th anniversary. The last company students worked with was Green Energy Ohio, a nonprofit promoting economically and environmentally sustainable policies. One group has been writing articles highlighting companies that are changing the face of renewable energy in Ohio, and another group is reaching out to environmentally focused student organizations at colleges across Ohio to promote partnerships with Green Energy Ohio.

In the future, Johnston wants to work with the same clients from year to year. The one-semester time frame limits what students can accomplish, so this change would allow them to tackle larger projects incrementally.