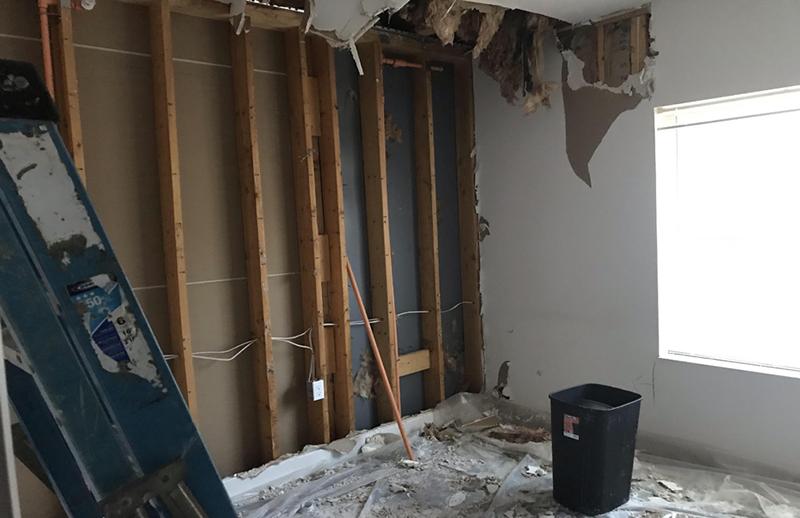 Last week’s sub-zero temperatures burst pipes and forced the relocation of at least 20 Oxford residents into temporary housing at a local hotel.

The flooding damaged walls and carpeting and soaked some of the residents’ belongings.

Patrick Keck, a Miami junior who lived in one of the affected apartments, said a fire alarm went off in the apartment at about 10:30 p.m. last Thursday, Jan. 31. Keck said he was preparing to leave the unit when one of his roommates ran out of a bedroom, yelling “It’s flooding!”

Keck and his roommates gathered buckets and towels to stop water from entering the room. Oxford Fire Department arrived, along with Miami Preserve personnel, and the residents were quickly moved to the hotel.

Miami Preserve has offered to professionally clean all residents’ belongings affected by the water. All items were cataloged, photographed and boxed according to the specific apartment and bedroom of each item, Evans said.

The hotel at which students were relocated offers free breakfast and has a pool in the lobby. “The hotel isn’t too different from the apartment, but for meals I either have to eat out or make microwaveable meals, which isn’t ideal,” Keck said.

On Monday, Keck said he received an update from the apartment company, confirming it would be about two weeks until residents could return to their apartments.

Evans said Miami Preserve is providing daily updates to the displaced residents and is working to have the apartments repaired as quickly as possible.