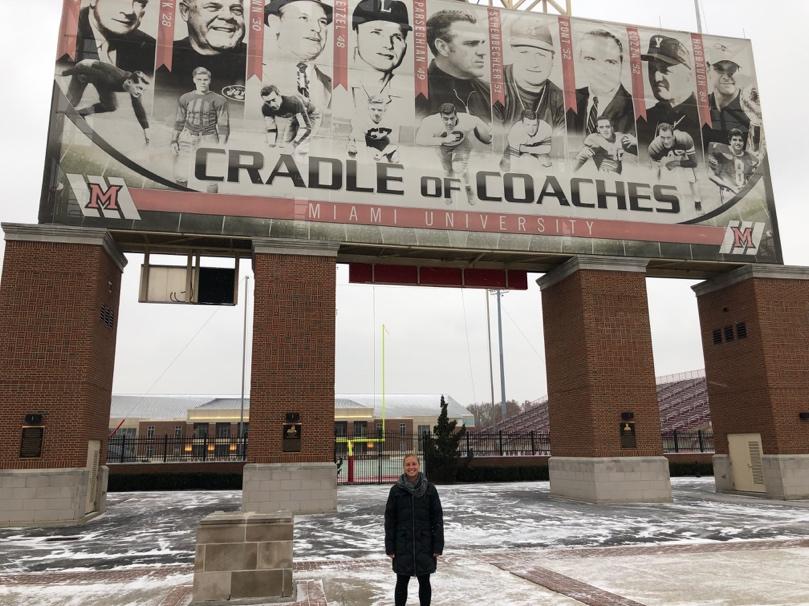 Female assistant coaches at Miami University make half as much as their male counterparts.

Rayell Heistand is in her fourth season as an assistant field hockey coach for the RedHawks. She said that her current salary of less than $36,000 would make it impossible to start a family.

Basketball, ice hockey and football all generate revenue for the athletic department, so coaches in these sports make more than non-revenue generating sports.

Miami has two sports that allow both male and female participants: Cross country and track and field, and swimming and diving. Of the eight people who coach a combined sport, only one is a woman. The average salary for the male coaches is almost $10,000 more than the salary of the one female. 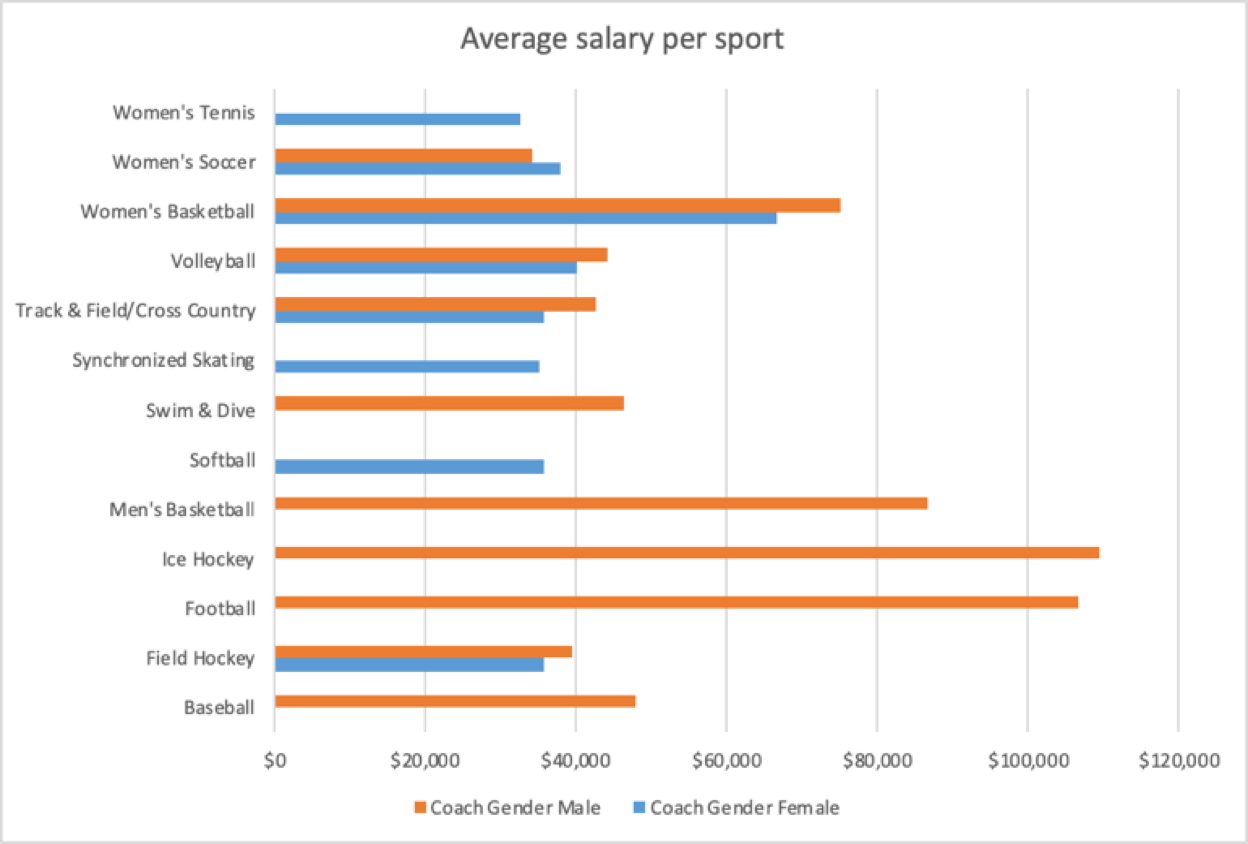 Ron Scott, the associate vice president of institutional diversity at Miami, said that the university tries not to deviate too far from average salaries within the Mid-American Conference.

“Quite frankly, the biggest conversation nationally is getting more women into the coaching field,” Scott said.

“It’s impossible to compare different teams and different coaches because different sports have different salary ranges,” Scott said. “The premise that the salaries are different doesn’t tell the whole story.”

Heistand is on yearly contracts and has the opportunity to get a 1 or 2 percent raise every year. Last year, the field hockey team did extremely well, so they were given an extra one percent raise.

Miami coaches are also given a bonus if they win the conference regular season or tournament championship.

Scott said that the university made a conscious effort to equalize discrepancies throughout all departments, including hiring more female coaches, especially for female sports.

Scott said the increase in female coaches is seen as a success in the eyes of the university.

“I think the university works incredibly hard to make sure and to be aware of ranges in equitable pay across the board, for coaches and staff,” Scott said. “We have a way to go in terms of gender issues in this nation, period. What we’ve done at Miami, we’ve worked really hard.”