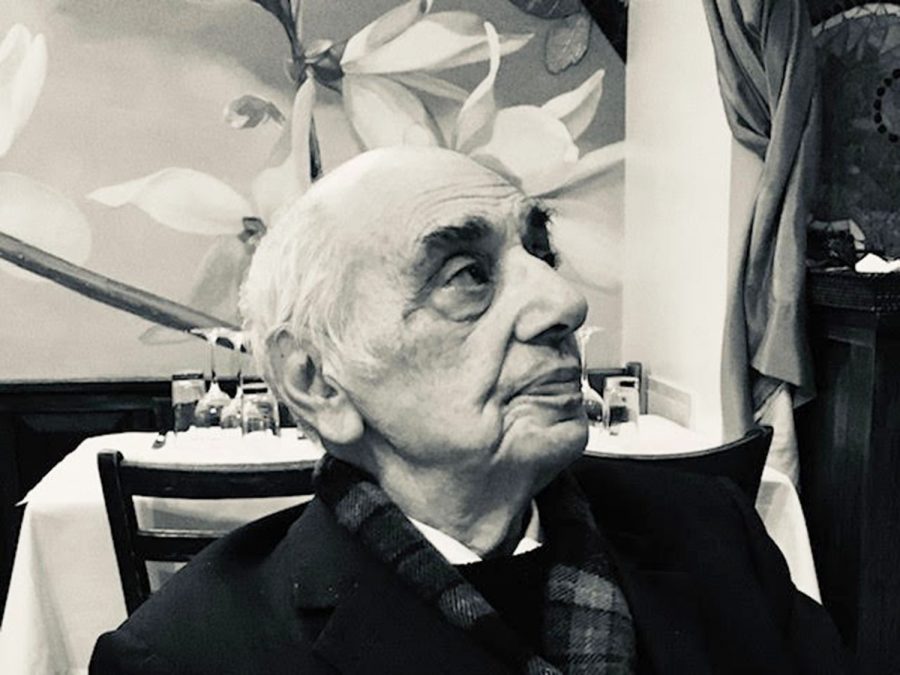 A professor of literature, Romano could always tell a good story.

His daughter, Raffaella, remembers his tales of Bertram, the London-living German Shepherd who was always on an adventure. Multiple times, Romano found himself in a rowboat with Bertram smoking a pipe before accidentally falling out.

“Bertram! Bertram! Please help me back in!” Romano would plead from the water.

“I have to finish my pipe,” Bertram would reply with a thick German accent, “But then, I’ll get right to it.”

Once back in the boat, Romano also got right to it. He spent over 30 years teaching literature at Miami, both Oxford and Luxembourg, where he was part of the team to set up the European Study Center, the predecessor to today’s John E. Dolibois European Center.

He first moved to Oxford as a newlywed with his wife Fiorella in 1961 with the intent to build a community of friends. Known for their monthly Sunday dinners starring Fiorella’s Italian cooking, the family did just that.

“They made a home here,” said Raffaella.

Frequently, the couple would host his students in their home for dinner and conversation. Most holidays Raffaella remembers inviting students who didn’t have anywhere else to go, particularly international students, to be a part of their family’s holiday festivities.

The son of Italian immigrants in Chicago, Romano spent his childhood translating from German to Italian for his mother, and later learned French, Greek and Latin. He valued exposure to international cultures for his own children, Raffaella said.

“He wanted to connect this little town in Oxford to the world,” said Raffaella. “And he wanted to be able to use his unique abilities (of language) to do that.”

Raffaella said being a part of the foundation of the European Study Center was something in which both John and Fiorella always took great pride. When Raffaella moved to London after her college graduation, she continued friendships made by her parents during their stints in Luxembourg. Romano returned to Differdange, Luxembourg in 1998 for his last semester before retiring as a professor emeritus.

Before and after his time abroad, Romano was involved in the arts community on Miami’s campus: creating, producing and announcing the “Miami University Opera Theatre” and “Music for Sunday Afternoon” musical programs for the university radio station, WMUB.

One particular highlight was his performance as Ebenezer Scrooge in the station’s production of “A Christmas Carol,” by Charles Dickens. During the holiday season, Romano also brought his young children on air to introduce operas and wish the listeners happy holidays.

His children remembered often attending many artistic displays, from Miami University student productions of “The Taming of the Shrew” to the Oxford Community Theater. One year, he found season tickets to the ballet in order to make Raffaella’s dream of seeing Russian ballet legend Mikhail Baryshnikov come true.

The arts were ever present in Romano’s life, from serving as a member of the board of directors of the Cincinnati Opera Guild from 1981 to 1985, to picking up the cello at age 50.

“He was never really a great cello player,” said Raffaella. “But he really, really loved it.”

“And he practiced every day,” she said.

Romano was born in Chicago on May 23, 1931, to Thomas and Anna Romano. He earned his bachelor’s degree with honors from Loyola University before earning his master’s in literature with high honors in 1956. He then served in the U.S. Army Signal Corps until 1958, before returning to Columbia University to earn his doctorate in 1968.

Romano was preceded in death by his wife. He is survived by Raffaella and her husband, Steven Hemphill; two sons Pierclaudio and Gialuca; daughter-in-law Maya; as well as grandchildren Daniel, Christopher, Beckham, and Dominick Romano and Henry and Frank Hemphill.

In lieu of flowers, the family requests memorials be made to the Alzheimer’s Association.